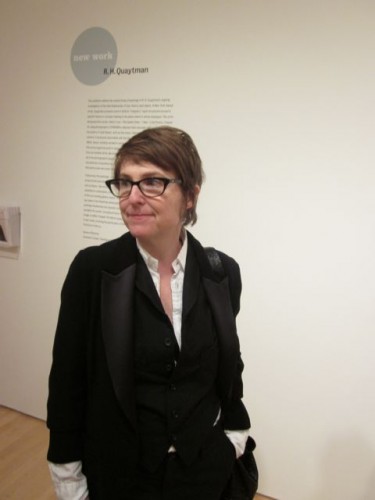 Jack Spicer was an American poet, born in 1925 in Los Angeles, and something of the grit and the gold of Southern California clung to him throughout his life, even after moving to Berkeley, then San Francisco, when the Second World War ended in 1945. There’s supposed to be a giant feud between LA and SF, but I can’t say I’ve seen it in action much, though in Spicer’s time we in San Francisco were more — what, precious, perhaps? Or more resistant to the glamor of Los Angeles; we were more serious here. Actually both cities were pretty crazy and seem, seen through the back end of history, wildly eccentric if not always pretty. For Spicer they were just chains in the belt of what we now call the Pacific Rim, and what at the end of his life he came to call the Pacific Nation, one land, a Cascadia which followed the coastline from Mexico to British Columbia, and which crossed the oceans to resume on the other side, so that, he said, China is actually closer to San Francisco than Manhattan is.

As a New York–based painter, R. H. Quaytman moves into San Francisco with a knowledge of the psychic risk entailed in making this voyage. She has been constructing, over the past 10 years, a sort of book of her own life by conducting her career in “chapters,” and her appearance at SFMOMA in the New Work series is chapter 18. Inspired by the poetry of Jack Spicer, she has delved into the matter of San Francisco from several fronts at once; the paintings and the installation now on view are a multifaceted, nearly sculptural account that brims with wit, invention, and good old-fashioned sense magic. One or two of Spicer’s intimates have told me they consider the show too “cold” and too “pretty,” but Spicer was always susceptible to the dazzle of beauty and, as for “cold,” no one could do cold like Jack Spicer — his poetry wears a coat of frost on its heart like little Kay in Hans Christian Andersen’s The Snow Queen. 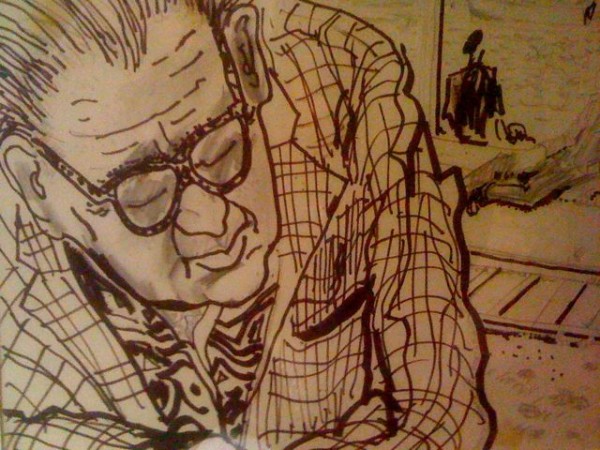 The intricate relationship among the individual pieces in the show at SFMOMA (to say nothing of the relationships among different “chapters” in Quaytman’s CV) has made her the perfect artist to take on one aspect of Spicer’s art, and that was his ongoing performance of its seriality. In 1957 he announced that henceforth he would write no more “single” poems; in the future he would turn his attention to the serial poem, a poem of indeterminate length made up of shorter parts, each one of which not only stemmed from another but which cast its glow back to shed light on its predecessor, like pearls in a necklace, or perhaps even affects the next piece’s future, like when I enter a dark room I snap the “Just Light” app on my iPhone, and my hand grows white and glowy.

“Poems should echo and reecho against each other,” Spicer wrote, in Admonitions, a sequence unpublished during his lifetime. “They should create resonances. They cannot live alone any more than we can.”

Walk around Quaytman’s room and see how a formal element of one painting gets transferred over to the next. In addition, she is juggling many of Spicer’s most familiar motifs in this work, as curator Apsara DiQuinzio of SFMOMA has pointed out in her text — the mirror, the moon, the double, the loved boy, the Lorcaesque “duende” he grappled with — and so these elements are likewise creating resonances with one another within the painting itself. There is an erotic overtone to this work, this attempted communion with poetry, just as there is in all séances, and just as I saw last spring visiting Quaytman’s room at the 2010 Whitney Biennial in New York, where her multiple engagements with Hopper and the artist K8 Hardy left trickles of ectoplasm on the Marcel Breuer window there.

Next Thursday, on the stage of the Wattis Theater at SFMOMA, I’ll be meeting with R. H. Quaytman to ask her about Spicer’s influence on her work (Thursday, January 13, 2011, at 7:00 p.m.). She’ll be discussing her project, and I’ll be reading some of Spicer’s poetry that pertains to the things I see going on in the art. Ascendancy works both ways, it’s eerie, it’s as if time was not the one-way street we think of it as; just as in the 1930s T. S. Eliot proposed a Seneca under the influence of Shakespeare, we can today imagine a Spicer under the influence of R. H. Quaytman. 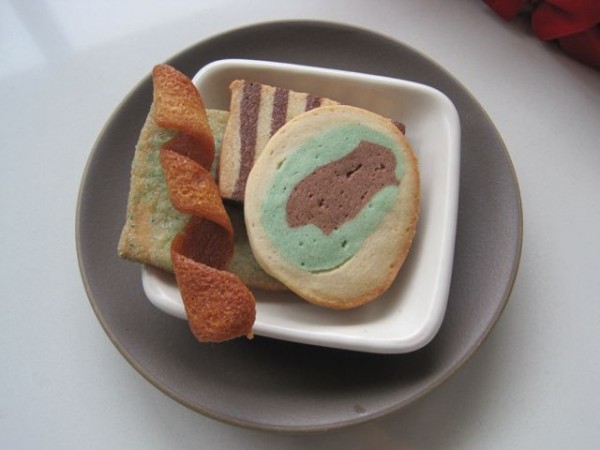 At the cafe on the fifth floor by the Rooftop Garden at SFMOMA, they have made these cute little “Quaytman Cookies” in honor of the current show, and my sister Maureen and I tried them. Oh so yummy!