The exhibition The More Things Change samples SFMOMA’s collection to present a range of works made since 2000, offering a selective survey of the art of the last 10 years and a thematic and psychological portrait of the decade. Some common themes emerge: fragmentation, fragility, entropy, metamorphosis, reconfiguration. The exhibition itself will continually change, with a varying array of works on view. TMTC is also an unprecedented collaboration among all five curatorial departments at the museum: over the course of the year, Open Space will present texts from each of the 10 curators. 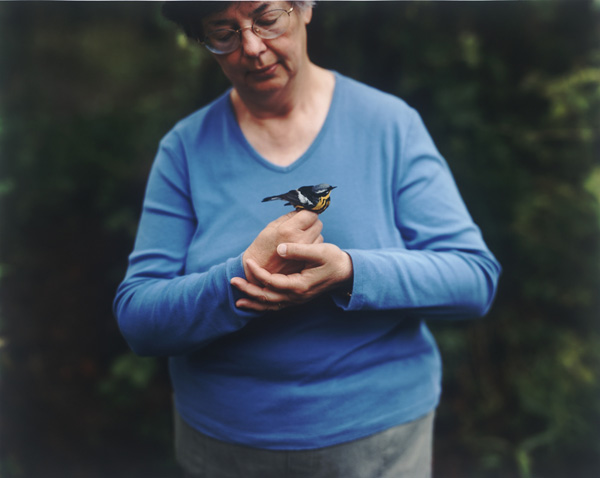 In the past decade, many artists have sensed that the conditions under which we live are precarious, that what we have believed immovable and permanent has shifted, and that a climate of vulnerability and fragility is what best characterizes the last 10 years. This sense of precariousness is the focus of many works in the present show. Some artists reflect on changes that are observable and felt: the strange shifts in the earth’s climate; the anxiety and hyperbole that seem commonplace in (especially American) politics; the often unacknowledged sense that the beliefs and certainties of a world we knew not so long ago have changed irrevocably. Indeed, looking out over the landscape in which we now live, we sense that we are united more than ever by these uncertainties, and heading, all of us, toward a future of discord, waste, and anxiety. Many of the artists here choose to focus not only on the mutable, but on the fragile beauty they find in the world; this is especially the case with many of the photographers in the show. 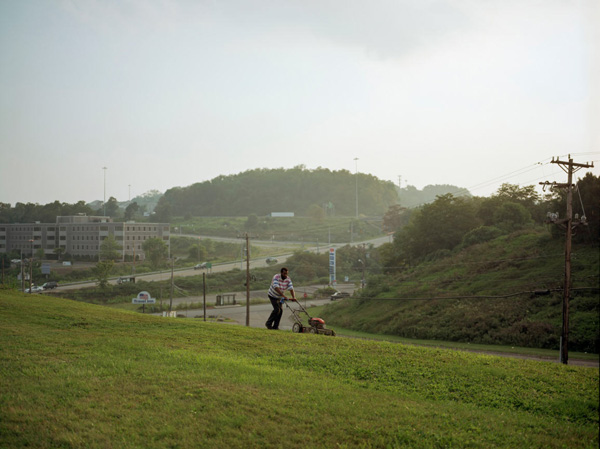 Photography is especially suited to picturing the momentary, the intimate, and to documenting change. A number of these artists look at ordinary pleasures as momentous occasions, or as poignant phenomena. Barbara Bosworth, for instance, pictures people who work with wild birds, banding and releasing them to study their habits. Bosworth’s pictures honor the transient and reflect on the gestures of these ordinary people who devote their time to work with the tiny birds, their gestures perhaps resembling noble and grave movements in some Italian Renaissance paintings (Annunciations, for instance); that is, miraculous moments found in ordinary circumstances. Paul Graham photographs in sequences of pictures rather than selecting a specific and single point in time, the better to elucidate the variety and preciousness of everyday events. A man cutting grass near Pittsburgh strides behind his mower near a turnpike interchange in the suburban hills on a muggy summer day. The pictures, taken from slightly different vantage points, extend the moment and focus our attention on the muted colors of the suburban scene; the changes in weather (from overcast to rainy to clear to late afternoon sundown); the cracked and nubby asphalt on the parking lot. The piece is a reminder to look, to remember, and to take pleasure in passing, everyday life. 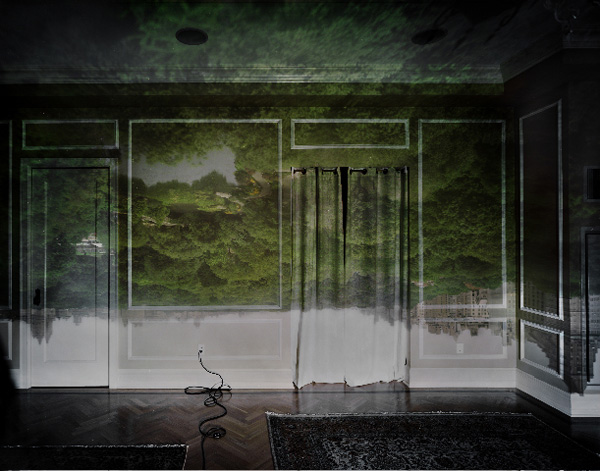 Both Abelardo Morell and Richard Learoyd use the camera obscura in making their photographs. Meaning “dark room” in Italian, the camera obscura — a 16th-century form of the present-day camera — is a small room with a tiny hole in it, and what is outside is reflected on the back wall upside down. Morrell finds rooms that he darkens, inserting a lens on one side that casts the image of the outdoor scene onto the opposite wall. A shimmering, especially lucent vision of a Venetian cathedral, or the landscape of Central Park, is thus reflected on private apartments indoors, and Morell then photographs the convergence of both. Learoyd also uses a tiny room he has constructed to capture a beautiful, unreal calmness in the people he photographs, who must sit very still for several seconds while he makes the picture. The characteristically palpable light of the ancient camera appears to transfix his sitters, whose strange immobility calls attention to the transcendent and fleeting.

We see a similar luminosity in a picture by Beate Gutschow, a landscape that suggests the idealized classical paintings of Claude Lorraine and Nicolas Poussin. In fact, the picture is “too good to be true” — it was made from many different pictures assembled digitally and enhanced to make the light appear especially singular and lyric, more real than reality. Finally, the work of Michael Light shows a landscape — that of the area around Phoenix, Arizona — where the desert itself is carved and modified to create new housing and transportation systems. It is a study of a landscape we have thought immovable, shown in the process of change. As with other pictures in this exhibition, Light finds, in these constructions, new forms that seem at once permanent and dangerously fragile. 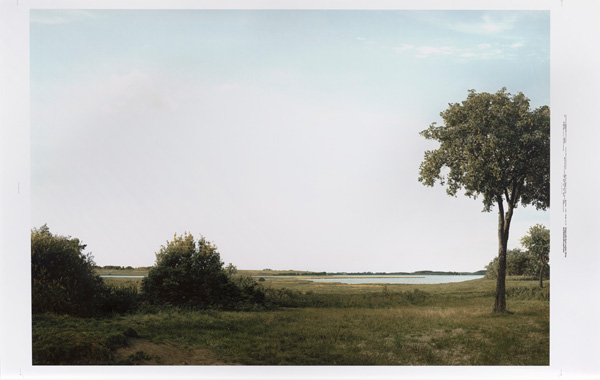 Sandra S. Phillips is senior curator of photography at SFMOMA. The More Things Change is on view on through October 16, 2011. Excerpts from these statements by curators will appear in the galleries at various points during the exhibition.