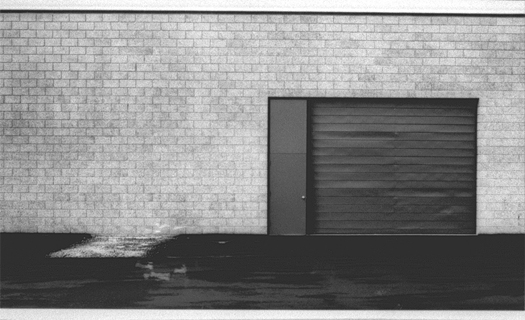 The photography exhibition New Topographics: Photographs of a Man-Altered Landscape was originally presented at the International Museum of Photography of the Eastman House, Rochester, New York, in 1975. It marked the emergence of a different kind of art photography, one that was difficult, cerebral, political, deadpan; it extended the landscape/cityscape tradition into the suburbs, concentrating on the destruction of the land in the name of development. Without this movement, there might not have been a Center for Land Use Interpretation, for one example of the progeny of these photographers. Most prominent in the group has been Lewis Baltz, and the Bechers, as well as Robert Adams, Frank Gohlke, Stephen Shore, and the Bay Area’s own Hank Wessel. Their ongoing importance and relevance has been reiterated with the remounting of that seminal exhibition by Tucson’s Center for Creative Photography in 2009, and its still ongoing traveling tour currently at SFMOMA.

As director/curator of the small museum at UC Davis (The Nelson Gallery), I was recently looking through our collection for ideas for an exhibition I needed to organize at our satellite gallery on campus. I started cataloging images for a show of urban landscapes across time and across disciplines. I stumbled upon a suite of photographs I had never noticed before by a man with the unlikely name of Terry Wild. It turned out that his was the third of three bodies of work we had obtained at the same time, some 40 years ago, that had together formed an exhibition titled The Crowded Vacancy, at the Pasadena Museum in 1971. The other two artists in the show were Lewis Baltz and Anthony Hernandez. This exhibition made the same argument as the New Topographics, but four years earlier; however, with only three artists, and at a smaller, West Coast museum, it did not reach the tipping point that the subsequent show did. Baltz, who was in both shows, achieved international recognition; Hernandez has had a substantial career in his own right. Wild has disappeared from the art world, and does not appear in art history.

I’ve made contact with Mr. Wild this week. According to the resume he provided for me, he moved back to rural Pennsylvania, where he had gone to college (he was born in 1947), in the mid-seventies, and taught photography at Lycoming College (his alma mater, though he also has a BFA degree from the Art Center College of Design in LA) and Bucknell University, until 1984. He also started a commercial photography business that continues to this day. His website is here. One of the ironies for someone like me is that Wild’s work at the time is often virtually indistinguishable from Baltz’s work: 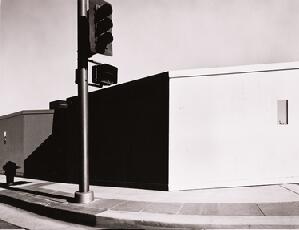 Wild also sent me the following statement: “They [the works in the UC Davis collection] represent a body of work largely completed while a student at the Art Center College of Design between 1968 and 1971. Along with photographers Lewis Baltz and Tony Hernandez, the body of work was directed into a show entitled ‘The Crowded Vacancy’ by curator Fred Parker at the Pasadena Museum of Art (1969–74), now the Norton Simon Museum. Coming from rural Central Pennsylvania at the time, where vistas included trees and open space, I was overwhelmed by the size of LA and transformation of the landscape to concrete and banal cultural vistas. This theme remains in some of my work today, as the whole world paves itself.”

Wild, due to the exigencies of life — i.e., having to make a living — and the flukes of how art history is made, is not known as one of the early figures in this movement, though the quality of his work argues that he absolutely should be so seen. This is my last blog as a member of the commissioned roster here at Open Space. I began this a year ago looking at how artists make their decisions about where to live after school. I came away with the intuition that no two lives are constructed the same way. Generalizations about how choices are made and the ramifications of those choices are essentially useless. Career satisfaction and a fulfilled life are particular to each individual, and each choice of locale has its own strengths and weaknesses. Wild has continued to make worthy work, as the new images he forwarded to me attest. He still has many of the same interests, though he uses color now. I feel like the clumsy angel in Angels in America, awkwardly crashing through his roof out of the clear blue sky, not from heaven but from the art world, raising possibly painful memories and asking, “Remember us? I know it’s been 40 years, but … I’d like to do a little show,” hoping to solve more problems than I create.