After a three-week bout of pneumonia, it’s good to be back to work on the blog. Keeping with my initial intent of creating conversant pairs of posts, I’m going to follow up on my previous post about Maple Jesus.

Gretchen Bennett, a remarkable Seattle/Brooklyn-based artist, mines pop culture, the urban landscape, and art history for inspiration. She works in a variety of media, including drawings, stickers, video, installations, urban interventions, and small sculpture. No matter what media Bennett is working with, she has a signature style that combines a delicate aesthetic with emotional punch. Her strength lies in an ability to create works that distance themselves from their aggressive or controversial subject matter — most of the time stripping the subject back to a more poetic and raw shadow of itself. For example, for the past 10 years she’s returned often to examining the life and early death of Kurt Cobain (1967–1994), and lately Antony Hegarty (born 1971), the multi-talented lead singer of Antony and the Johnsons, has crept into her visual vocabulary. 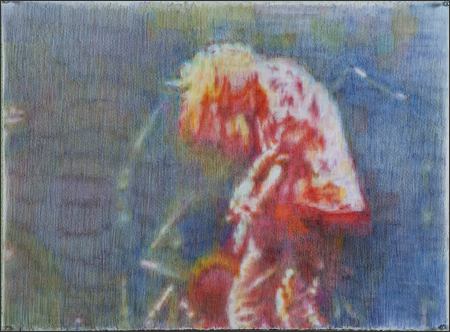 Gretchen Bennett, The Melvins Are Alive, 2008 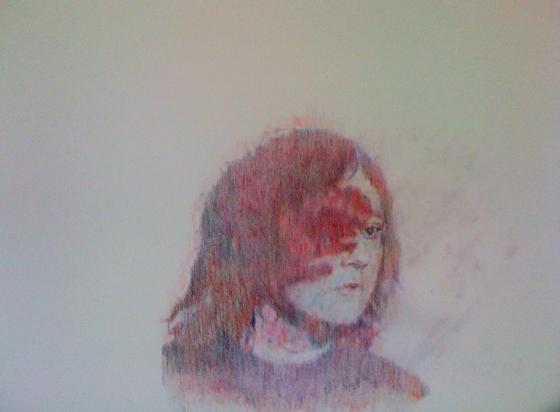 As I stated in my previous post, on a recent trip to NY I sat down with Gretchen and writer Emily Hall. Gretchen told us about the new work she’s been making during her time on Governor’s Island, courtesy of a Lower Manhattan Cultural Council Swing Space Residency. Adding to her small but potent lineup of complicated, misunderstood, fragile geniuses, Gretchen has turned to British critic John Ruskin (1819–1900) and his never-faltering adoration of the landscape painter J. M. W. Turner (1775–1851). Gretchen is the only person I know that could get from rapper Notorious B.I.G. (1972–1997) to John Ruskin in one fell swoop. Biggie was the first celeb on the scene to wear a Maple Jesus pendant (although his was gold). Gretchen explained that she recently spent some time reading Ruskin and felt that she wanted to memorialize him in some way, and the Maple Turner is for Ruskin. When a group of kids came to visit her studio, she said that they took one look at her pendants and, referencing Biggie, knew immediately what she was doing, even though Ruskin and Turner were unknown to them. 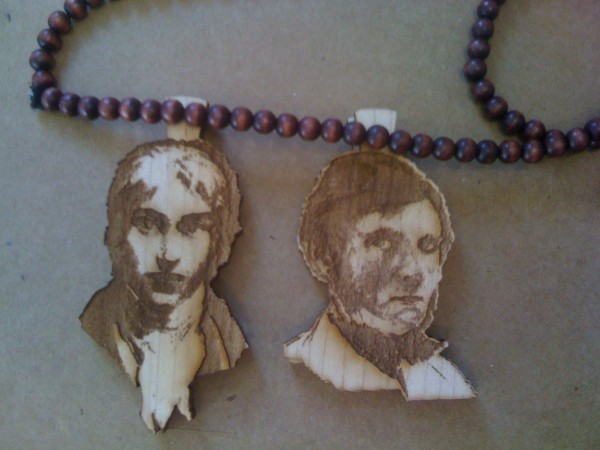 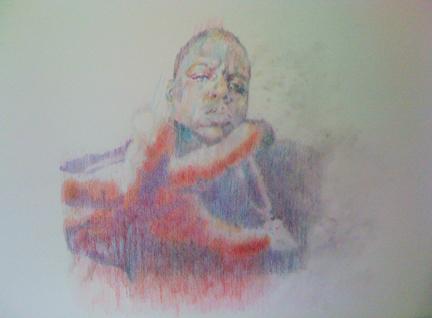 Emily said that “talking to Gretchen creates this feeling of spiking out in a million different directions but constantly circling back to the same topics — a kind of riches.” That’s what keeps me engaged with her work over time — I never know where she’s going next, but there’s always a completely unpredictable thread leading from the past to the present. I’m happy to share our conversation (in two posts) and introduce a bit of her new body work to the Bay Area. 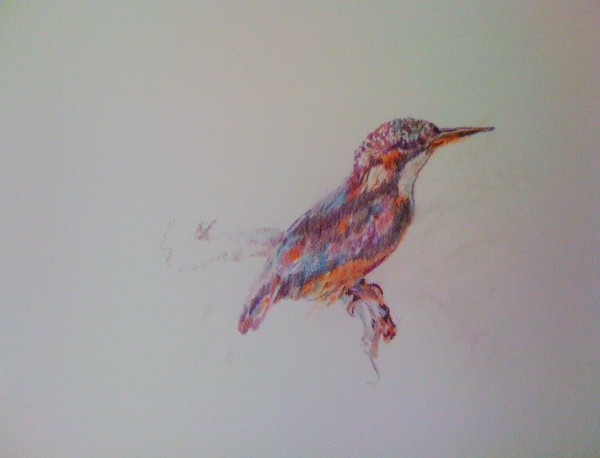 Gretchen Bennett, Ruskin’s Study of a Kingfisher, with an Emphasis on Color, 2010 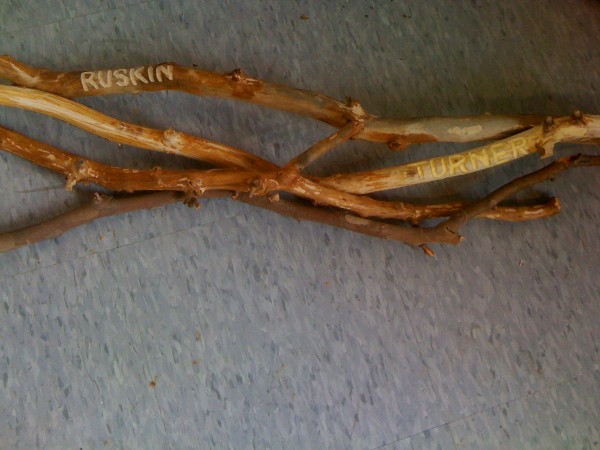