Our regular feature, Collection Rotation. Every month or so I invite a someone to organize a mini-“exhibition” from our collection works online. Please welcome artist and curator Margaret Tedesco. 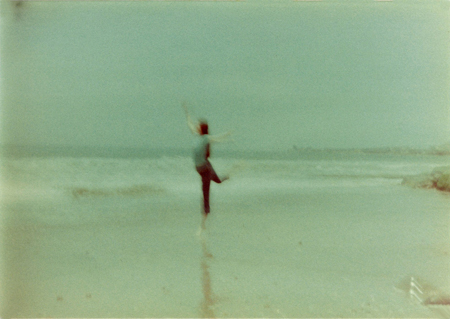 The text that follows traces my own history of dance, its relationship to the way I think about movement, and my art-making practice. The 26 images from SFMOMA’s collection integrated here are arranged as an invitation to you to imagine a choreography.

I have been dancing freely since I was a young kid, standing on the toes of my Italian uncle’s wingtip oxfords, holding tight as he whirled me around the room. In high school, my friends and I had soulful dance parties at my house after school with my mom at the helm shakin’ it. We practiced the new moves — and added some and made some up, but never attended the school dances or proms. Our favorite was to Texas Hop line-style to Baby, Baby, Don’t Cry by Smokey Robinson and the Miracles.

The first dance form I studied, in college, was West African, specifically the dances of Senegal and Uganda, both utilizing concepts of polyrhythm and total body articulation. In the ’80s, in Southern California, I was interested in modern dance and choreography, and I took daily classes (including ballet) and workshops training with internationally renowned visiting choreographers. I had a sensibility for the American postmodern choreography of the ’60s and ’70s, studying with many of these visionaries: from early Judson Church members to Rachel Rosenthal’s DBD Experience to attending butoh artists Eiko and Koma’s Delicious Movement Workshops. I tracked all of these dance works in relation to the visual and literary arts, and film forms, and read the art writings of radical Jill Johnston (Marmalade Me and Lesbian Nation) in the Village Voice.

The postmodern dance of pioneers such as Yvonne Rainer and Trisha Brown returned to the everyday body as an alternative to the performing body, the body that displayed skill and virtuosity. These new choreographies made use of the pedestrian gesture, shaping a new vocabulary for movement. Rainer, along with other choreographers, also departed from the formal proscenium arch stage: dancers appeared on rooftops, subway platforms, riverbanks, and shorelines, and in city parks, museum sculpture gardens, plazas, lofts. 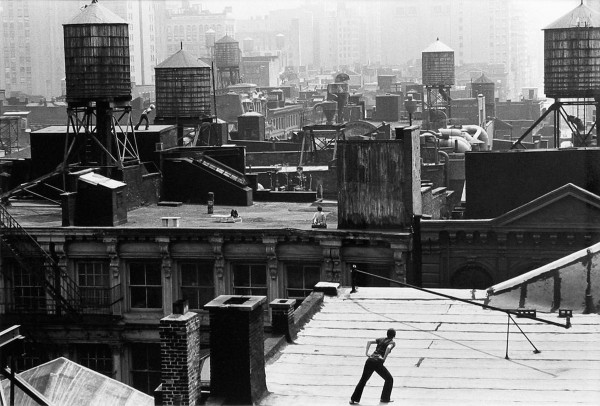 One provocative group of artists I encountered in New York in the ’70s who utilized this concept was Squat Theatre. In a storefront they installed the usual raked seating, but flipped the seats to face the windows, with audience members looking out towards the street. The actions were performed in front of the windows, while outside the activity of the street continued as usual. It left a viewer feeling unsure what was really happening, and the chaos it provoked was brilliant.

I scored my own dances using images from newspapers, magazines, postcards, film clips and stills, artist monographs (such as Robert Longo’s Men in Cities Series), original music, and writings by poets. I was also looking at How(ever), the literary journal for women’s poetry launched in San Francisco in 1983 by poet Kathleen Fraser. In the pages of How(ever) I was introduced to many women writers — Dodie Bellamy, Norma Cole, Susan Gevirtz, Barbara Guest, among others — and I used some of their writings to fuel my own work. I brought stacks of images and books into the studio and my dance partner Laurie and I would shuffle and sequence them, or deal them to one another, and then go off into a corner, where the choreographic challenge began. The key elements that interested us were the transitions and phrasing occurring in between the spaces static images occupy. Walk, run, sit, stand, roll, freeze, slide, twist, turn, and more — formal to pedestrian — endless combinations that might employ a dynamic composition in the transitions.

One choreographer who worked with chance is my friend Remy Charlip. He attended Black Mountain College and danced with Merce Cunningham and John Cage for 11 years. Remy created a unique series called the AIR MAIL DANCES: he sketched a series of figures in movement on postcards and mailed them to dancers around the globe. His compositions freed dancers to interpret his vision, allowing for endless combinations. My dance partner and I had the opportunity to construct one of them, titled A Lonesome and a Twosome. We set it to a score by Nina Rota.

Watching Joan Jonas’s Songdelay (1973) when it was installed at SFMOMA in 2008 I was flooded with muscle memories that provoked a visceral exchange with the work. I found myself squirming to partake in the solos, duets, and trios of the “everyday body.” Figures imitate shapes, traverse craggy land formations shaping secret symbols. A woman walking with two wooden sticks in her trousers crosses paths of reckless wheel tossing and rolling in a hoop. A mirror reflects the sun, blinding the viewer. Hypnotic humming, bits of speech, singing, yelling, repetitive clapping of wooden blocks combined in rhythm with a stepping sound. Then silence. Silence over the cityscapes, riverbanks, abstract topographies, and vacant lots like moon craters. A happening.

Finally, I include an audio mix by Mike Weis called “Women of the Avant Garde” for you to think on as possible scores for dance. Enjoy: http://typerecords.com/typecasts/24.

MARGARET TEDESCO’s work includes performance, installation, photography, sculpture, and video. Tedesco has presented and collaborated with visual and performance artists, writers, and filmmakers since the ’80s. Her work has been shown internationally. In 2007 Tedesco founded [ 2nd floor projects ], an artist-run project space.