Our “One on One” series features artists, writers, poets, curators, and others, from around the country, responding  to a collection work of their choosing. You can follow the series here. Today, please welcome Cincinnati poet, the marvelous Mr. Dana Ward … And a happy belated to Art Garfunkel, 69 last Friday. 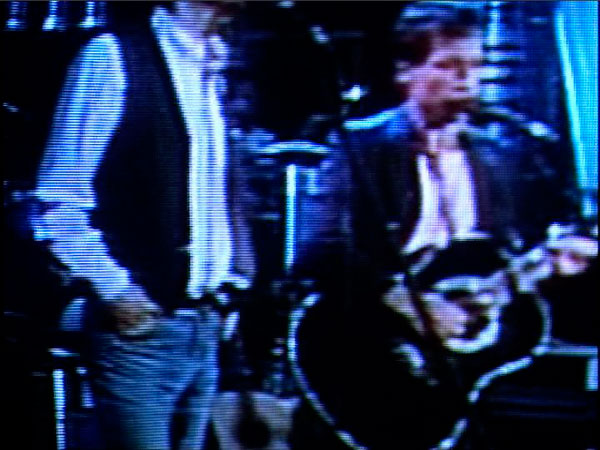 Cory Arcangel, All the Parts from Simon and Garfunkel’s 1984 Central Park Performance Where Garfunkel Sings with His Hands in His Pockets, 2004; Collection SFMOMA; © Cory Arcangel

When I set out to write about Cory Arcangel’s All the Parts from Simon and Garfunkel’s 1984 Central Park Performance Where Garfunkel Sings with His Hands in His Pocket I realized I hadn’t thought much about Art Garfunkel ever, as if I hadn’t had enough time. As if weekends had never existed. My older brother had a special admiration for his voice, there was that in my mind, & Art’s face on the iconic cover of Bookends was fresh as a daisy, hand cocked behind his ear in that “hark-the-herald” way. I also recalled, though only vaguely, that he & Paul Simon had really had it out at some point early in the seventies, acrimoniously breaking up their duo. So I knew that their massive free gig in Central Park in ’81 was a special, tense reunion.

So, what Cory’s done in this piece is edited the concert film made on that occasion so we only see the shots during which we find Art singing with his hands in his pockets. The narrative flow of their performance, the emotional calibration of the set list, is broken up & restructured along the axis of this one increasingly enigmatic gesture. Who spends so much of their performance with their hands in their pockets, & why? It’s a perfectly fine thing to do of course, but Cory’s easy act of ostranenie made the question compelling & it wormed its way into my psyche, so whenever I had a free moment I found myself turning it over in my mind. 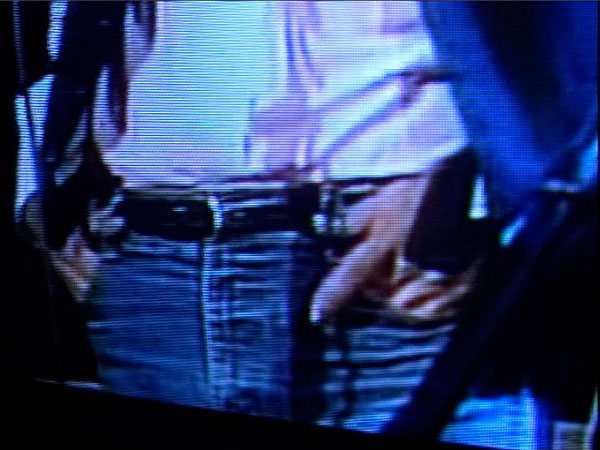 Cory Arcangel, All the Parts from Simon and Garfunkel’s 1984 Central Park Performance Where Garfunkel Sings with His Hands in His Pockets, 2004; Collection SFMOMA © Cory Arcangel

It’s a video that’s emotionally complex & comes to life in a world of speculation. I wondered if Art jammed his hand in his pockets because he himself was somewhat bored with the proceedings. Had he acquiesced to this massive free concert, 500,000 people out in Central Park (!), out of some sense of duty — to his fans? This could have been a chance to sort of patch things up with Paul, in which the endearments of a long, contentious friendship had urged him to the stage against his better judgment. Here, the hand in the pocket meant regret. Or was his boredom not particular to this one performance? Having sung these songs so many times in so many contexts, & having indeed grown to be defined by the music he made in his youth, was his gestural reticence simply a sign that he, like anyone, couldn’t find much to excite him in such adventureless proceedings? He was, in the end, at work. Then I flashed back to something I’d learned on Wikipedia about how he’d been pretty shy growing up, & I thought live performance probably remained for him a disconcerting scene. His idea was then perhaps to take his body out of the equation, foreground that sugary tenor & pretend it came from nowhere, an Orphic transmission whose beyond was invisible simply by being … inconspicuous? On the other hand, maybe this was all pure sublimation. Really, he’d rather be strangling Paul for being such an asshole all these years, so he kept his hands there to resist the temptation. I, also — less fantastically but probably more truly — thought, “Well, it IS folk pop after all, what’s he supposed to do, Diddy bop?”

Cory has this gift for taking a seminal cultural object, and, by way of a fascinated boredom, exhuming some alluring, latent aspect. Think of his famous work in which all but the clouds have been programmed out of Super Mario Bros. There we’re left only with its embedded afterlife of play, all the corresponding 8-bit calisthenics drained away, leaving something like the temporal residue of what it feels like to just sit around. 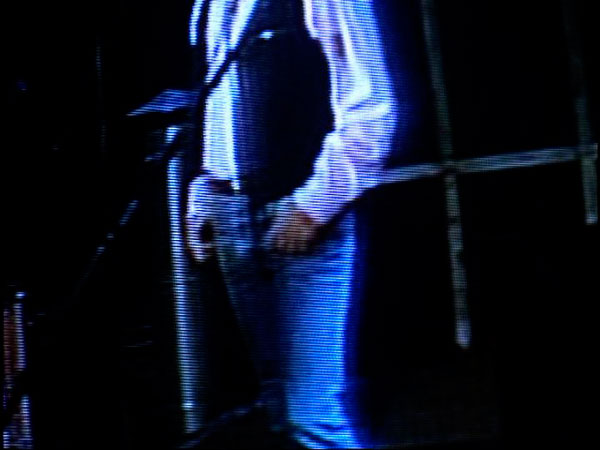 Cory Arcangel, All the Parts from Simon and Garfunkel’s 1984 Central Park Performance Where Garfunkel Sings with His Hands in His Pockets, 2004; Collection SFMOMA; © Cory Arcangel

In that way Cory’s work for me constitutes some really crucial research. The information it yields gives an affective pattern, a prosody, to that which one never knew one desired to know, & not needing to know it, found the body of that knowledge all the lovelier, & new. It reminds me that reverie is the scholarship of unproductive time, & that inquiry undertaken there is hard won & precious & just what the world of work seeks to undo.

This is the video’s Midas point, inflected with pyrite. It makes me feel I could spend a whole season thinking about Art’s emotional profile, his life as adolescent angel-voiced dreamboat, his stormy relationship with Paul — thinking about it standing around in the sun, clouds going by, whatever. But I don’t know. I don’t know if there’ll be enough time. Art’s physical manner while he sings is an illuminating junction of poise & unease. It speaks to the fragile happiness engendered by every false armistice. Friday afternoon in duet with Sunday night.

Dana Ward is the author, most recently, of Typing “Wild Speech” from Summer BF Press. He lives in Cincinnati, edits books, hosts readings under the Cy Press banner, and works as an advocate for adult literacy at the Over-the-Rhine Learning Center.