Five questions to SFMOMA artists, staff, or guests. Rebecca Solnit is a San Francisco-based writer. Her forthcoming book Infinite City: A San Francisco Atlas reimagines traditional map-making to chart not just space and place but people and time in 22 inventive maps. SFMOMA is issuing six broadside copies of seven maps, and collaborating with Solnit on Live Art events throughout the city. This weekend’s event: All Identity Is Local. 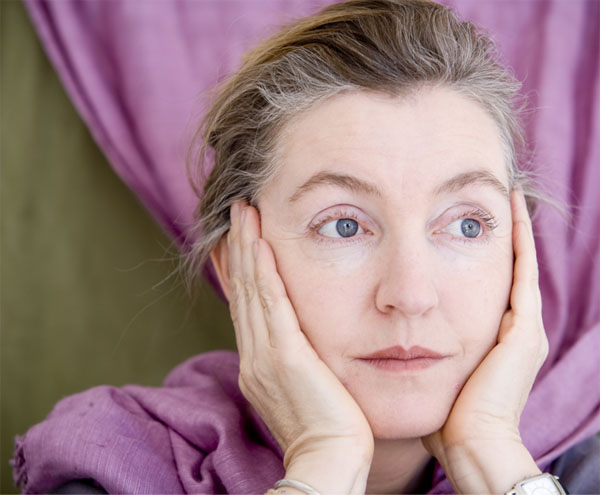 I have a long row of white creamers that are really a lot of different shades of white and look like small people or birds with their handles and beakish spouts.

There’s the generic interview question that goes, “If you could invite anyone to dinner who would it be?” What I want to know is, who would you invite and what would you serve?

Virginia Woolf, Helen Hunt Jackson, John Wesley Powell, Henry David Thoreau, George Orwell — but these tendencies mean I’d have to cook something without any chiles, which cramps my style. If I had Martin Luther King over with Ella Baker, I could work on my biscuits some. Subcommandante Marcos and Gandhi greatly enhance the culinary opportunities; I’d make posole, though for the latter I’d have to go vegan. Guests are so complicated.

I had a chance to when I was 21 and working at SFMOMA, but a work of art exists as a word in a conversation; to steal it is to take it out of context and away from its conversation and make it meaningless. So nothing would be fun to own illicitly, but if you change the rules, I’ll begin to covet …

A compass, an emergency poem in my wallet, pens, notebook, lipstick …