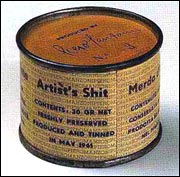 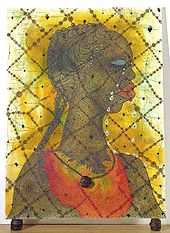 “The Triumph of Shit,” a screed against most contemporary art, by Donald Kuspit includes the memorable lines: “To paint is to stick the extra finger of the physical paintbrush up one’s psychic anus, forcing one’s body ego to excrete a painting,” and, “The artist has become an unreflective asshole, and art has been dumbed down (already in Pop art) to mindless shit, that most leveling and un-ideal of all substances.” 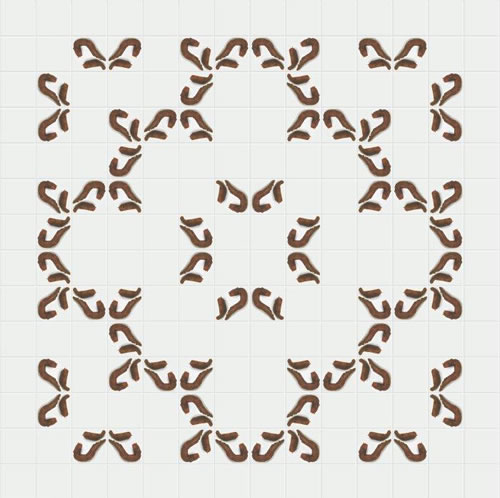 The notorious Belgian artist Wim Delvoye had one of the first one-person shows I organized at Yerba Buena. Most of the work shown was commissioned by him to be made by craftsmen in Indonesia and elsewhere because, he claimed, only the residents of former Dutch colonies retained the skills learned from the colonizers. He showed one floor installation that appeared to be photographic images of decorative delft-style tiles, though the motifs were brown, rather than blue, on white. Looked at closely, the curving patterns revealed themselves to actually be formed by pictures of large turds. “It was the only thing in the show that I actually made myself,” he claimed. [Delvoye later topped himself by building a machine that made simulated shit, called Cloaca. He had a renowned New York chef pour an expensive meal in one end and the next day the machine delivered.]

I once invited the curator Bob McDonald to a class I was teaching at San Francisco State to talk about careers in the arts. At one point he said, “My advice to you is that if you have any other option, do not enter this field, because if you do you will have a life of abuse and betrayal. However, if you absolutely must enter this field, be prepared to eat a lot of shit. The only thing I can tell you is to do your best to make sure that the shit is wrapped in bills of the largest possible denomination.”

My late friend Jim Pomeroy read a manifesto for the first national convention of artist-run spaces in 1978. He ran down a long list of philosophical distinctions between these spaces and other arts institutions (e.g., artists are central to the structure of the governing body vs. have no artists on the board of directors). He concluded with, “Museums have attractive, separate restrooms for men and women. Artist spaces often have bathrooms.”