Sometimes during my tenure as blogger, I will go see Hollywood blockbusters with artists and document, in impressionistic fashion, our experience. This is episode three. 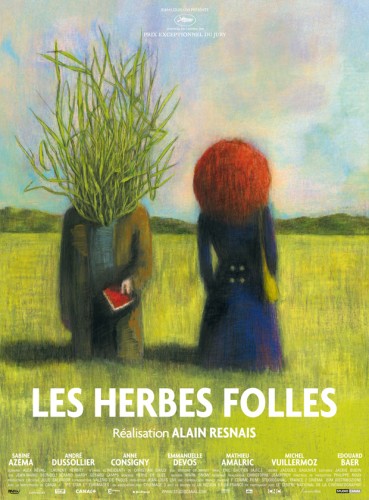 I went to go see Wild Grasses (2009, dir. Alain Resnais) with the artist and curator Margaret Tedesco at the Clay. We both got there a little bit early so took a short stroll around the neighborhood. Margaret showed me where Cottage Industries Painting Studio is and explained that right above it was where Jay DeFeo lived! We talked about how the neighborhood where the Clay is and where Jay DeFeo lived is weird. We saw the movie. Then we rode the 22 Fillmore to the Mission and had a glass of wine.

In Wild Grasses, George (played by Andre Dussollier) finds a wallet belonging to Marguerite (played by Sabine Azema) and their lives are changed forever. We talked about the power of an object and how driven one can become because of this curiosity. We talked about how being driven can also become just plain old stalking.

We talked about how we weren’t sure about George. We talked about how the film almost seemed like it could be his fantasy. We wondered about George’s frequent references to his own criminal past, his fantasies of murdering young women, his sudden paranoia at the police station. But we weren’t sure whether we believed that George had ever done anything criminal or really wanted to murder anyone. We talked about how masculine desire and violence are always happening simultaneously in the films of Resnais. While we were talking about that part “Pscyho Killer” came on at the bar.

We talked about how the film was inflected by the history of cinema. About how the colors seemed to reference the Technicolor age of movies and how the music was melodramatic and often times totally inappropriate. We talked a lot about the terrific scene in which we see George being drawn backwards into a movie theater from which he has just left. We tried to remember the line for my notebook but just had to paraphrase: “you should never be surprised by anything that happens after you leave a cinema.”

Margaret told me about having an ex-lover who found a wallet on the bus. They were totally enamored of the person’s wallet, based on their picture, and really invested the accidental discovery with a lot. Like, they really thought this was going to be a life-changing event. When the person came to pick it up, they brought their boyfriend. The ex-lover was really disappointed. I told Margaret about how one time I found someone’s ATM card and returned it to her. I got a free dinner and some drink tickets.

We talked about how the film sort of represented the relationality of the Internet and social networking. You know those little disembodied heads on Facebook? Like the little head on Marguerite’s ID that enchants George. We talked about how George is such a typical dude who loves Marguerite passionately until Marguerite reciprocates in the slightest. At which point he runs away. We talked about our own love lives and the ways in which our loves lives are typical and not typical. 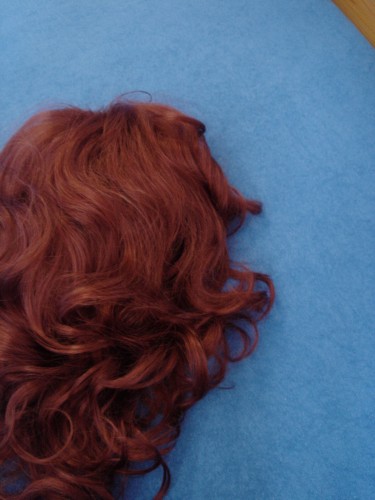 We talked a lot about Marguerite’s inexplicably terrific hair. Margaret brought a red wig in homage to the image of this hair. We talked about how Marguerite, in addition to sporting this truly remarkable hair, is a dentist the entire time. She is not only a dentist but a pilot of small planes, which all the more enchant the aviation buff George. But she is a dentist. And the scenes in which she suddenly started causing all her patients excruciating pain. We both were turning our heads during the scenes showing Marguerite practicing dentistry and causing the patients the horrible pain. We didn’t talk about how Marguerite, is Marguerite the French way of saying “Margaret?”