In a recent catalogue essay on the Sacramento painter Julia Couzens, I wrote that, “Most artists have clear signs on their shop windows as you stroll past on the street: Digital Photographer; Conceptual Sculptor; Plein Air Painter. There’s no sign on Couzen’s building.”  This lack of a signature style is not uncommon in the art world; it offers artists the freedom to pursue any direction that makes sense to them, at the expense of an ability to (pardon the expression) brand themselves.

Signature styles are in many ways on their way out: artists are now generalists who work with drawing, sculpture, installation, painting, video and web digital media, in myriad ways, with whatever format helps to best solve the problem of the moment. This lack of a signature style is an associated aspect, often but not always, of being an artist’s artist. The status of not having a signature style or being an artist’s artist is often not a comfortable one. It contains inherent mixed-messages that are formulae for discontent: you’re great but only in a narrow and eccentric way; you’re great but not really that great; you’re great but only a small number of people appreciate you; you’re great but wide appreciation won’t come soon, if ever. It’s a relative of that other dreadful label, being “ahead of your time,” which is dreadful for all the same reasons.

An artists’ artist has the respect of peers, curators, and students, and possibly a small circle of collectors but a wider general public is less aware of the work than would be expected given the level of professional esteem in which the work is held. What aspects contribute to artists falling into this categ0ry?

•They are thought of as having a high level of integrity, which means the pursuit of their investigations and research with no regard to outside influences like friends, trends or the marketplace;

•They make work that makes use of skills that are hard to appreciate by non-practitioners;

•Their work is dry, esoteric or plain;

•Their work is particularly hard to live with for collectors;

•Their work demonstrates a breakthrough insight that is not yet understood outside of the world of artists;

•Their work is of great subtlety.

To my surprise I can’t find many citations on line for the phrase, “artist’s artist.” The name that comes up most often is that of Paul Thek, a conceptualist who died young and unheralded but who has been resuscitated in the ensuing years. Cy Twombly is cited in a few places but that doesn’t make sense to me; are there many artists more widely respected and supported than him? 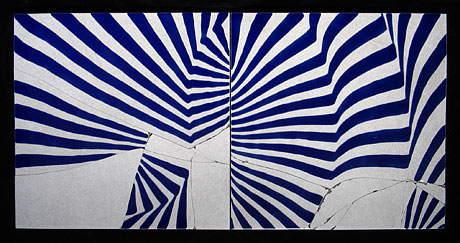 Then there are artist’s artists who do achieve great success, like for me, Agnes Martin. There are successful great artists that I suspect only artists really get, like Richard Artschwager. There is also the flip side: acclaimed artists that artists really hate, whose acclaim befuddles them, like, say, Christopher Wool. Locally, the epitome of an artist’s artist is Jim Melchert, a Bay Area and American treasure whose exquisite work, even now when he is in his seventies, is a model of dedicated and inspired research. Perhaps being a long-term and excellent teacher, having that kind of living legacy, can be a big part of being an artist’s artist, especially if one’s fame and commercial success are dwarfed by that of some of your students. Ultimately then, perhaps what makes an artist’s artist is how one defines success:  artist’s artists don’t usually achieve widespread fame and shows in major museums and galleries, but they have influence, are critical to their community, have significant bodies of work, and students and colleagues for whom they are beloved.