On November 23rd, 1969 Vito Acconci walked down Greenwich Street in New York City holding a camera. He attempted not to blink; when he did blink he took a photograph.

On Tuesday June 8th, 2010 at 4pm, I arrived at SFMOMA. I blindfolded myself and was led through the museum by docent Dennis Treanor. Removing my eyesight I was seeking to experience the museum from a new perspective. I wanted to form a new picture for what was not seen, what was not there.

Dennis described the museum, the atrium, the galleries, the artwork, and the people. We began in the Atrium, made our way up the stairs and walked through the second floor. We entered through Felix Gonzales-Torres “Untitled” (Golden) and continued through the exhibit backwards, back into time. 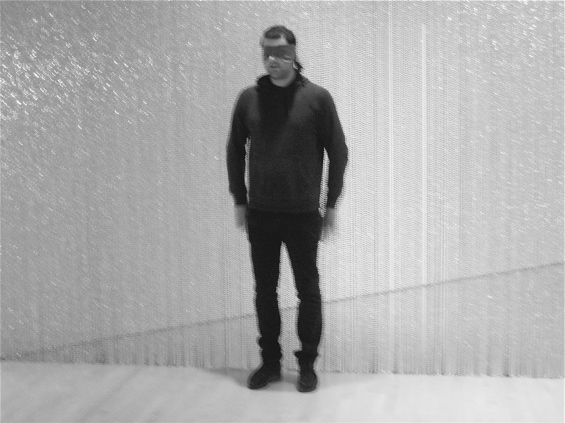 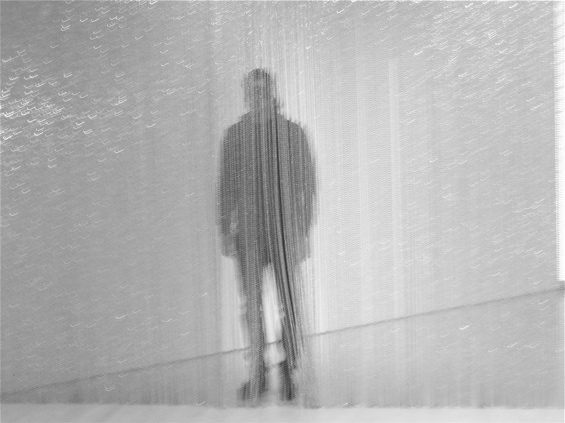 This exercise functioned with dual intentions, first the happening (and it’s documentation), and secondly a reference for future posts here online. I intend to approach my role as a contributor with a personal narrative relating to my own experience as an artist, curator and educator. Through a series of actions, exercises, and assignments bound by specific rules I hope to expand my knowledge of the inter-workings of the museum and how it functions for others.