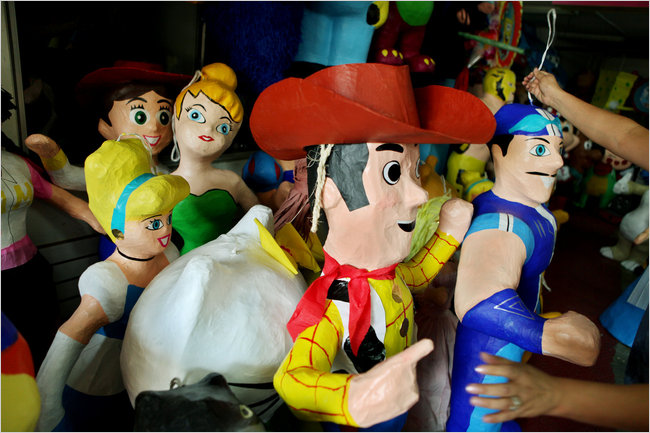 image from the NYTIMES, photo by Adriana Zehbrauskas

The news keeps delivering entries for the popular, figurative sculpture file I’ve found myself building. Last week, we heard from the NYTimes that Mexico City police made some overzealous and apparently illegal raids on piñata vendors in recent months.  Their target: unlicensed pinatas!!!  The alarm over “counterfeiting business” has led to a new Mexican anti-piracy law, which allows prosecutors to go after vendors who make piñatas of the gay cowboy, the rubber man, snow white, and friends even without a specific company complaint. (Extortion clearly does not count as piracy……)

Imagine how much less rich the world will be when Disney, Nickelodeon, Marvel, and other megacorps can require pinata makers to follow formal guidelines. They surely won’t want a fat spiderman, for example: 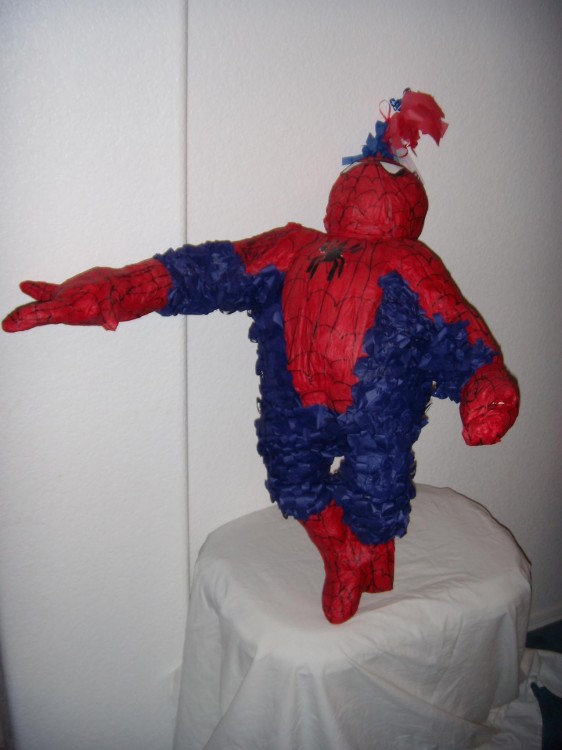 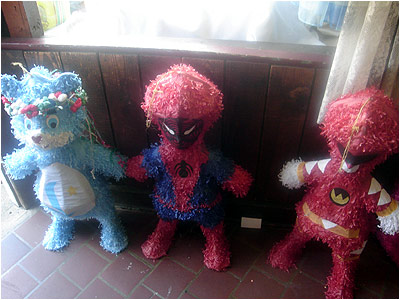 or one that’s not a figure at all, just a beautiful blob 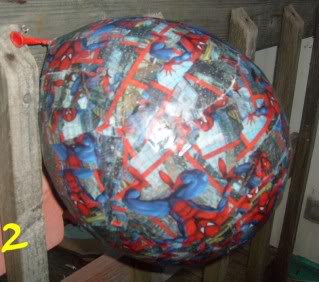 there’s a how-to online for this one at http://sewscrapmake.blogspot.com/2009/04/spiderman-pinata.html