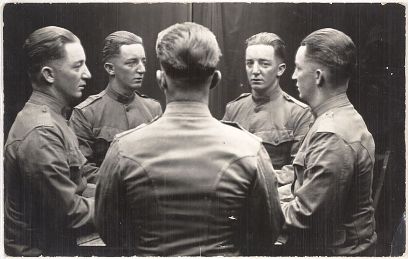 This month SFMOMA hosts a major symposium on the current state of the field of photography. Thirteen thinkers and practitioners will convene for a two-day state-of-the-medium summit, in advance of which they’ve each been asked to respond to the symposium’s central question: Is photography over? These texts will be used to kick off the opening panel discussion on Thursday April 22. We’re featuring three additional responses here at Open Space. Today’s contributor, Okwui Enwezor, is a curator, writer, and critic. He is the Artistic Director of Meeting Point 6, a multi-city exhibition project taking place in Beirut, Amman, Damascus, Cairo, Tunis, Tangier, Brussels, and Berlin between 2010 and 2012. Enwezor is founder and editor of Nka: Journal of Contemporary African Art. He was Dean of Academic Affairs and Senior Vice President at San Francisco Art Institute (2005-2009), and Artistic Director of Documenta 11 (1998-2002). He serves as Adjunct Curator at International Center of Photography, where he is currently completing work on two exhibitions, The Rise and Fall of Apartheid and Sun in their Eyes: Photography and the Invention of Africa, 1839-1939. His most recent book is Contemporary African Art Since 1980, with Chika Okeke-Agulu.

Photography has had a checkered history within the institutions of art, namely in the museum of art. This symposium proceeds with a three-pronged question, each of which progressively degrades the very conception of photography as both a thing in the world and a way of seeing that world. In asking the question: Is photography over? We need to be reminded that, not too long ago, the photograph did not enjoy the same disciplinary or epistemological status as painting and sculpture in the hierarchy of mediums within the museum. It was not until the late 1980s and 1990s that such major American museums as the Guggenheim Museum and Whitney Museum of American Art officially acknowledged photography as part of the mission of the institutions. And we are already aware of the oft-repeated (if erroneous) statement that the first time color photography was presented at the Museum of Modern Art, New York, was on the occasion of William Eggleston’s exhibition there in 1975. While I am fully cognizant of the fact that the conception of photography has very little to do with the museum, we need to be reminded of the blighted history of photography, be it as medium connected to art or one connected to other disciplines in this regard. This is where I chose to pitch my tent. In this sense, rather than addressing the various aporias that seem to feature in the questions addressed in the symposium, it would be important to discuss the troubled nature of photography in relation to the broader culture.

I will use one example to make my case, that is the nature of photography to documentary realism and the manner that the South African artist Zwelethu Mthethwa responded to it. Mthethwa’s practice raises a parallel question: how do diverse cultural practices engage with the legacy of photography? Given the history of documentary realism in South Africa where photography served a remarkably oppositional function, such a question is bound to be answered differently than it would be in San Francisco. One major critique of documentary realism at the height of apartheid in South Africa was its overdependence on dehumanizing spectacle, which focused on the trauma of the victim and the truth-telling agency of the photograph. How do we compare such dichotomy in the face of the idea that photography may be over? Photography’s agency in this regard was exemplary of the legacy of the medium in its conception of the space inhabited by the other, and the anthropological logic that subtended its mode of looking at the other, namely the absence of coevalness between the instrument and the subject. From this concern emerged the icon of the victim. 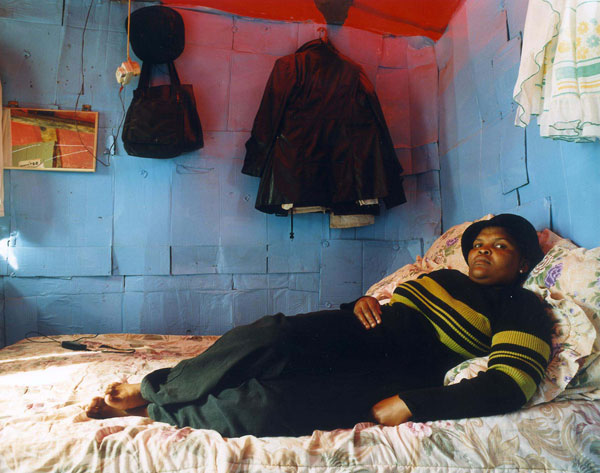 It strikes me that before foreclosing the effectiveness of photography or to ask whether we have reached the end of photography, we should address the diverse manifestations of photography in societies in transition where its powerful effects of seeing is constantly battling different logics and apparatuses of opacity. All through the years of apartheid, photography was at the center of this battle between transparency and opacity, thus lending the medium a far more discursive possibility than it would have enjoyed as purely an instrument of art. One can in fact, argue, pace Georges Didi-Huberman, that in the context of apartheid photography was an instrument of cogito.

In South Africa, for the critics of documentary realism or anthropological realism, especially black artists such as Mthethwa, documentary realism was always at the ready to link the iconic and the impoverished with little recourse to examining its spectral effects on social lives. Because of this, documentary realism generated an iconographic landscape that trafficked in simplifications, in which moral truths were posited without the benefit of proven ethical engagement. In a sense, photography suffered from myopia. It was a troubled medium. 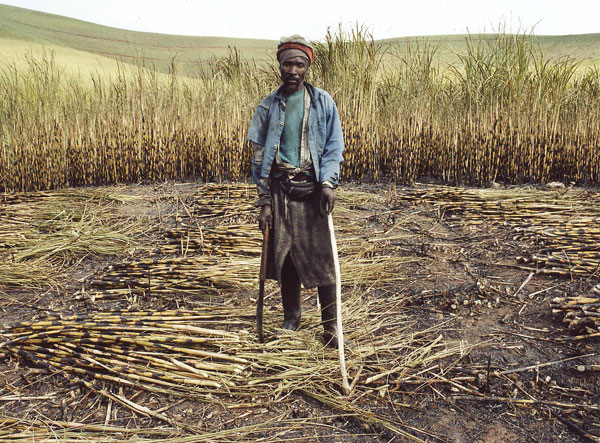 Many artists, writers, and photographers alike have wrestled with this critique. As have the audiences of art and literature. Like most art produced in extreme socio-political situations, South African art under apartheid was beset by an anxiety, as it was in many instances guided by social responsibility. This can also be summed up as the anxiety of humanism. It was in response to the question of dehumanizing aspects of black and white documentary realism, with its grainy, distancing effects, that color photography became instrumental for Mthethwa. His conception of color proceeded from the assumption that color restored life to the subjects. In other words the immediacy of color generated another order of proximity (coevality) to counteract the distance of black and white documentary realism (anti coevality). His conception of color was initially derived as a means to keep at bay documentary realism’s dehistoricization and subordination of black South Africans to the logic of pictorial empiricism. If we are to carefully examine the claim by Mthethwa that his renunciation of black and white and employment of color draws a distinction between traumatic realism of the victim and the social agency of the subject, it would be important to focus attention on the dialectic between color and the development of a kind of critical humanism in photography. This to me is fundamental to what is at stake in terms of photography and societies in transition.