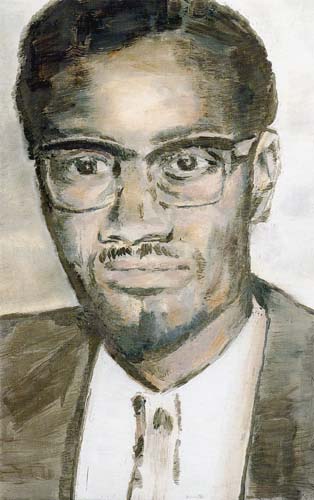 “I think that the making of an artwork should be intentional, and however the elements are appropriated, every move toward constructing an image should have some meaning.” Luc Tuymans in conversation with Kerry James Marshall – Bomb Magazine, Summer 2005.

It was just a few weeks ago that I visited the Luc Tuymans retrospective that is currently on show at the SFMOMA. I couldn’t help but be affected by the way that Tuymans works with the notions of memory, the photograph and creating images that are several generations removed from the image his paintings use as a source. I have a tendency to experience art as much though the way its content resonates with me as I do the way its form may impress me. There are certain things that I can feel through the content.

As I made my way through the Tuymans exhibit I was pleasantly surprised by the inclusion of his series titled “Mwana Kitoko: Beautiful White Man.” The series painted in 2000 addresses Belgium’s involvement in the colonization of central Africa’s kingdom of Kongo. I moved through it pausing at the image of Patrice Lumumba, the first democratically elected prime minister of the Republic of the Congo. Perhaps it was because I’ve seen other paintings of Lumumba that seem to hold more of a presence that conveys Lumumba’s iconic status all over the African and Afri-diasporic world that predisposed me to have less of a response to Tuyman’s rendition. Paintings by Congolese artist Cheri Samba and many others have made Lumumba’s image part of the standard iconography in the African and Afri-Diasporic world. Sort of like the poems on John Coltrane and Malcolm X. Artists such as West Oakland painter Eesuu Orundide bring a poignancy to the topic of the Congo and bring the history into the present in a way that is startling when you contemplate the breadth of such a long struggle in that region of the world. 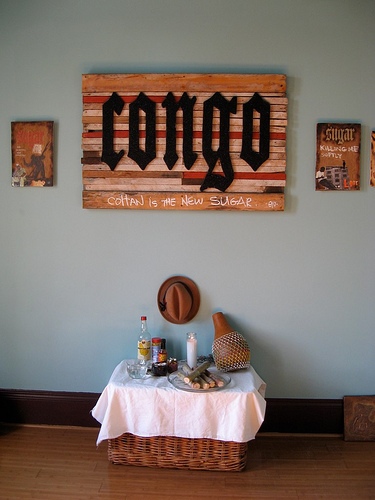 I left the “Mwana Kitoko: Beautiful White Man” segment of the retrospective but without the feeling that should resonate with me when the topic of the Congo’s history is present, either in images or discourse. The history is so weighty and clearly contemporary that it struck me as strange that none of Tuyman’s work seemed to make any mark on that history. It didn’t seem to have a political stance or trajectory. There is a vacant space there and maybe that is its power. Is it asking the viewer to fill the space? The danger is that the viewer may not have enough of an entryway into the piece to understand the history that it only alludes to.

I discussed Tuyman’s work just briefly with Eesuu Orundide yesterday and he asked me what Tuymans was saying with his images from the Congo’s colonial history? That is precisely the question. What does it say about that colonial history? I invite the reader to discuss that here.