An area of ongoing interest and research for Rebar is an exploration niche spaces, loopholes in systems of regulation, fragmented sites and liminal territories within the spatial systems of the city. We tend to trace the contemporary origins of this type of work to Gordon Matta-Clark’s “Fake Estates” project from the 1970’s. For Fake Estates, Matta-Clark acquired rights to small, oddly shaped fragments of Queens, NY that had been created due to surveying errors and other glitches in the matrix of civic organization and regulation. Matta-Clark proposed a series of interventions for these sites that were never realized due to the artists’ untimely death. (Cabinet Magazine organized an exhibition around Fake Estates a few years back, and their website provides a good summary of Matta-Clark’s project here.)

Picking up were Matta-Clark left off, UC Berkeley Architecture professor Nicholas de Monchaux recently created the “Local Code/Real Estates” project as a submission for UCLA’s WPA 2.0 competition. Professor de Monchaux proposes to utilize abandoned, city-owned parcels – including San Francisco’s “unnacepted streets” – to improve local ecological and social conditions, and to reduce the burden on city infrastructure. Using geospatial analysis and overlays of other public data sets, de Moncheax reimagines these fragments of our city as a new form of urban system – a discontinuous network of social-ecological niche spaces; or as he puts it, “a distributed immune system for the 21st Century city.”

Have a look at the video and ponder: In addition to producing desirable ecological outcomes, could these sites be networked to support a citywide system of cultural and artistic programming?
A modular, citywide performance?
A decentralized, interlocking happening?
A networked sculpture?

What sort of programming would you propose for these sites? 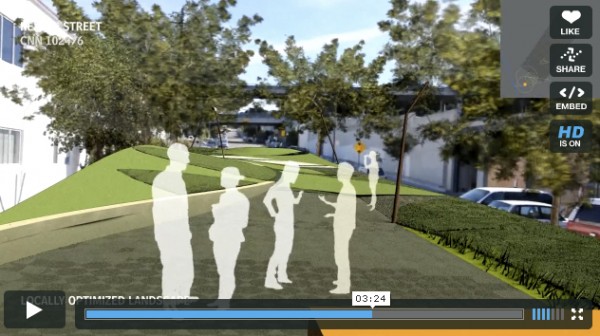