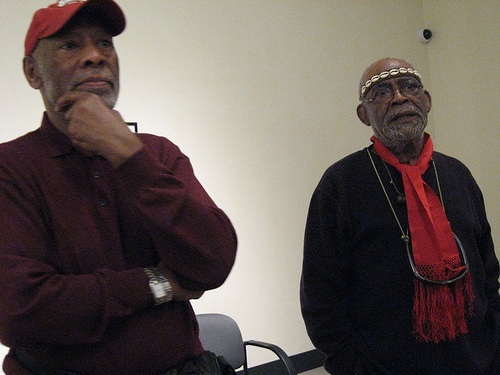 Just last week I had the pleasure of attending a reception and Artist’s talk  for an exhibit of photographs by Jim Dennis and Ted Pontiflet. The exhibit is in the California State building atrium located at 1515 Clay Street in Oakland. The call and response between Jim and Ted was entertaining and enlightening. The work of these two elder masters is quite different and it is precisely that difference that makes the show interesting. San Francisco native Jim Dennis’ skills were honed partly in the Jazz club called “The Both And” in North Beach shooting photos of legends such as Miles Davis and Wes Montgomery. He eventually became a staff photographer for Eastman Kodak. After a long career using the most cutting edge camera equipment he’s amassed an accomplished body of work that includes portraits of well-known public figures, landscapes and nudes. Ted Pontiflet is a visual artist that uses a camera to paint with light. Raised in West Oakland, he began studying sculpture in the early 1960s at the California College of Arts and Crafts. He expanded his skills to include painting, drawing, printmaking and photography, eventually earning a scholarship to Yale. The James Baldwin series is probably his most well known body of work. They are photos of the legendary writer that are interpreted with expressive color and montage effects. The Baldwin series isn’t part of this exhibit but the pieces that are included reflect the same method of taking liberties with light and color to produce a painterly photograph. Here are just a few photographs from last week’s reception and artist’s talk. The last day of the exhibit is Friday February 26th. 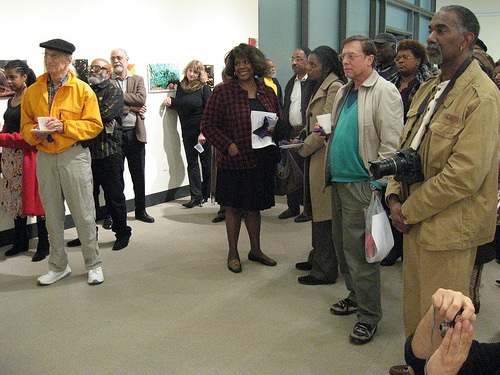 The Audience at Jim and Ted's artist's Talk 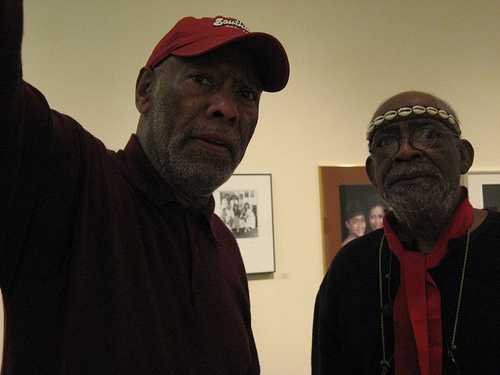 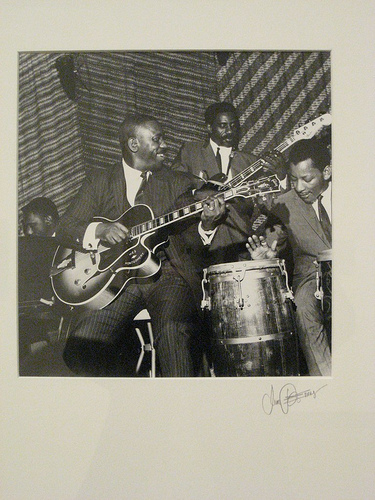 Jim Dennis Wes Montgomery at The Both And Club 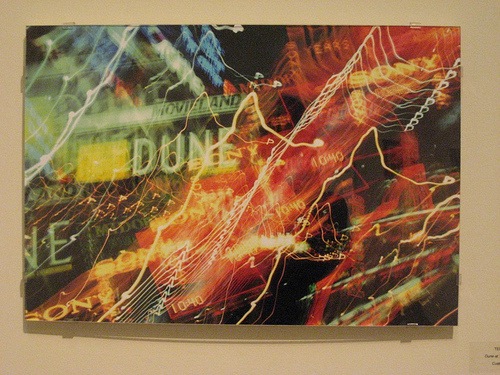