A ripple in the fabric of the code 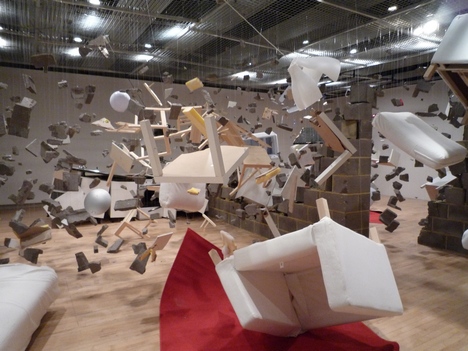 The Psycho Buildings: Artists take on architecture exhibit at the Hayward, 2008

Our urban practice began with the tentative exploration of the social dynamics of some of San Francisco’s endogenous niche spaces, starting with the undervalued real-estate of the parking space. Anticpating punitive feedback from City authorities we were instead met with curiosity, praise, and global interest in our simple act of exploration.

Having tested the exploitation of a tiny niche space as a site for artistic investigation, we began seeking other sites that might contain the same ambiguity. We set our intention on finding other public, urban sites that could be fertile terrain for exploration of social codes.

In the dynamic milieu of public space, there are multiple arbiters of taste, value, and power that aren’t present in the scripted confines of the gallery enclosure. Or are they? What social codes define the doxa of museum space?

What happens when artists turn their attention to the physical or social space of the museum itself? 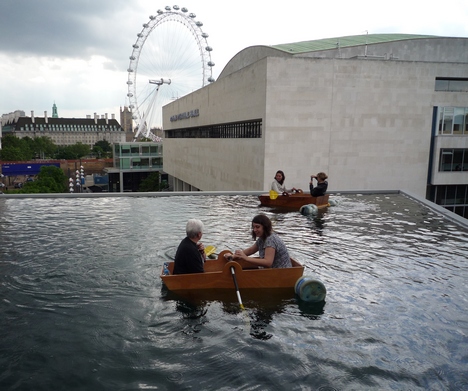 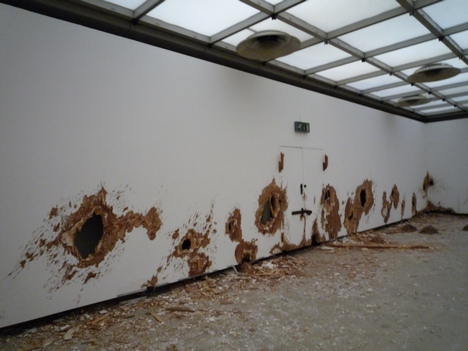 The works from the Psycho Buildings exhibit represent tactical gestures in response to the existing physical space of the musuem. As reported previously here, “This is what happens when ten artists from around the world are given the chance to create an architectural environment in a museum. It is art, and architecture and psycho. Each exhibit lets visitors become immersed in the spaces as they walk, climb, sit and wander through the art.” The exhibit occurred on the occasion of the Hayward’s 40th anniversary and preceded a phase of building remodeling. The Hayward Gallery is currently closed for essential repairs and renewal. These moments when a museum undergoes a move or a remodel tend to be fertile terrain for exploring the social space of the museum. How had these artistic interventions into the museum altered or modified the social codes of the space?

Rebar’s EnCanment project, our first exhibit in a gallery, emerged out of a similar phase of gallery remodeling. EnCanment was a performance installation included in the “Between the Walls” exhibition at San Francisco’s venerable Southern Exposure art gallery. Curated by Emily Sevier, “Between the Walls” was the final show in 2006 before the gallery closed for seismic retrofitting. 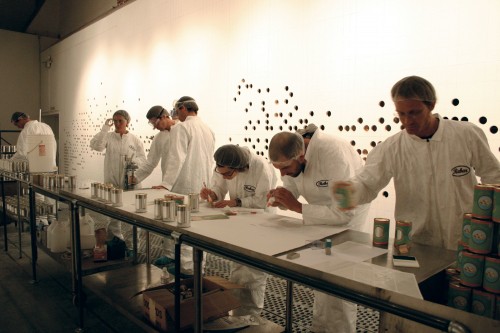 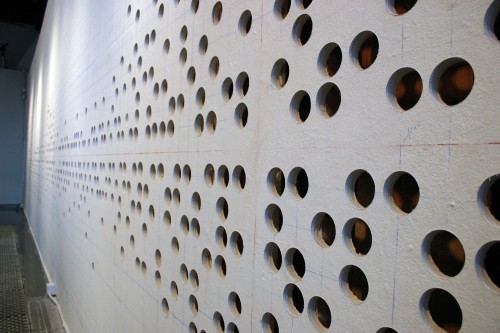 In response to the concept of the exhibition, and in celebration of Southern Exposure’s rich history in this space, Rebar created EnCanment – a temporary canning operation that harvested, processed and canned the gallery itself.

This too, represents a tactical gesture in response to the existing physical space of the gallery.

But what happens when artists explicitly focus on the social codes that govern interactions in museum space? Leaving the physical space of the museum aside, how does one intervene and explore the doxa of the musuem as a medium?