It may only a few weeks into the new decade but I’m a-gonna hop on the “top 10” list trend and do so for the front part instead of at the end. Who knew there would be so much going on already? I know, I know, some of these aren’t exactly “new” or necessarily “news.” But hey. It’s MY column.

What? Yes, believe it. There was a time when even the poor could get a shot at donning faux designer clothes — for FREE, even! According to the NYTimes, the common practice was to donate confiscated counterfeit clothing and footwear to local charities after “defacing” the designer parts of it. But now, no more. And they were still perfectly wearable and clothes, for god’s sake…

His solo show that just opened last week, “Everything Will Probably Work Out OK,” is like Orson Welles meets Fragglerock meets Showgirls meets Stairway to Heaven. Go see it, and you’ll know what i mean. It gives your brain a mini-workout, in a good way. 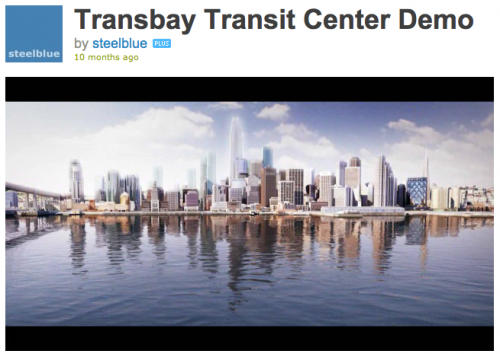 3. The Future of San Francisco Transbay Terminal as designed by what seems to be the art directors from Gattaca and Battlestar Galactica (the new series, not the old one).

And while we’re on the subject of visionary architecture: I may just have to cough up the $99 price tag for one of these babies. I’m a total sucker for do-it-yourself modernism. Can’t get enough? Try Lego Guggenheim, ‘natch. And while you’re at it you can view someone’s loving YouTube hommage video. Not quite as hi-tech as The Future of San Francisco but awesome in it’s own D.I.Y. kinda way. 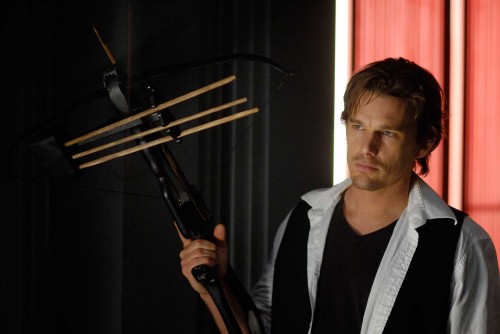 In the very near future vampires have taken over the world and humans are a dying species. It also looks a hell of a lot like Bladerunner, fashion-wise. While this Aussie flick featuring Ethan Hawke does have it’s flaws, I would watch it again just for the slow-motion-vampire-army-orgy scene near the end. (Ooops, spoiler alert!) Not to mention that it’s a thinly-veiled critique on class divides and capitalism, fer real. And yeah, Ethan is still easy on the eyes, vampire boy or not.

Run by a wizened woman with the cutest French accent, this “scrappy” non-profit material re-use center sits in a back alley area of Bayview, nestled between industrial supply houses and lumber yards. Here you can find bolts of fabric, trims, papers, plastic gew-gaws, wood moulding, etc etc etc. Whatever gets donated to this place as surplus winds up on the store floor for your next art project. SCRAP has saved my pocketbook so many times I couldn’t even begin to count. CHEAP CHEAP CHEAP! DEAL DEAL DEAL! I was just there today and scored a bagful of art materials for an upcoming show for way less than what i would have paid if i bought them new. I <3 U!  If this place ever shuts down, i’ll join in the riot.

Not sure yet if this is “good” or “bad” but it’s interesting, for sure. Good to know he had to shutter his gallery to move to the helm because of that pesky conflict of interest thing. I wonder how painful that is for his artists, however. Does that mean they’ll get more shows at the museum now? Hmmmmm.

Although this funny little local gem of an indie film came out a few years ago, it’s taken me this long to finally watch it. Shot in that nether-world city-of-the-dead south of San Francisco otherwise known as Colma, it brought back for me brutally hilarious memories of what it was like to grow up on the fringes of the Big City (which I did). Consciously D.I.Y., Colma, The Musical wears it’s low-budget badge on it’s sleeve and delivers originality and fun. And who can argue with a movie that shows Serramonte Shopping Center within the first five minutes? Ah, local director makes good.

I hear it’s real but i haven’t installed it yet. Thank god, because i hated that my only option was to be terminally chipper and like everything. I’m glad the higher-ups have realized that there is much to unlike and the world is complicated.

Tongue-in-cheek Asian-themed cultural commentary blog from two witty gals who i’d love to share a cocktail with someday. Can you imagine the banter? God, what a party! Check out their dictionary, which carries such words as:

Gongbang: An assault on the ears of gonging sounds that occurs in movies and television whenever someone of something Asian appears on the screen. Example, Long Duk Dong in Sixteen Candles.

Mistasian Identity: Mistaking one of us for another; a result of believing we all look alike.

Panda-ring: Pandering to our people.