there is no sea but the sea 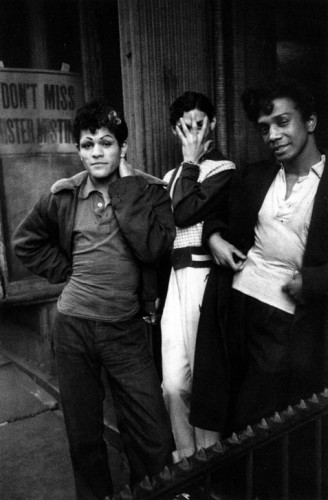 Know what the best thing to eat is? Oatmeal with flax seed oil, Braggs and nutritional yeast. Then you put an egg on it. I was eating this and reading this month’s Harper’s when I hit a review of both Robert Frank’s photography book The Americans and the more recently published Looking In: Robert Frank’s The Americans, edited by Sarah Greenough. The review, an essay by Francine Prose, opens with the author recounting her first glimpse of segregation in the United States and her mother’s response to it, the text surrounding Frank’s Trolley – New Orleans, 1955, in which a streetcar’s passenger windows are cleaved into white in the front (a haughty woman, a stoic little boy, an upset, littler girl) and black in the back (a plaintive, dreamy man, a slightly grinning woman). The article details the project’s history, in which the photographer scored a Guggenheim (the application’s narrative was ghostwritten by Walker Evans) to travel the United States in the mid-50s, taking photos of all he saw, 767 rolls of film. Among them is my favorite, New York City, a trio of Latina queers looking like character’s from Hubert Selby’s Last Exit to Brooklyn. Another photo discussed in the essay, San Francisco, 1956, shows an African-American couple at the bottom of the frame, turning to regard the photographer with hostility, a city park (Dolores?) stretched before them. Frank’s photos capture the racism and xenophobia of that time and place, and the article details how the photographer himself – a Swiss national, Jewish, traveling with a children bearing the foreign sounding names Pedro and Andrea – was nabbed by Arkansas police on the lookout for “persons illegally in this country possibly being in the employ of some unfriendly power.” He was held for twelve hours and believed had he been a black man the Arkansas cops would have killed him. 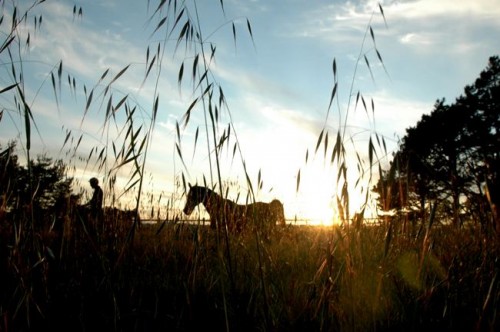 Here’s something else to look at. It’s by Chelsea Rae Klein who works in San Francisco and is having an opening this Saturday, January 16th, at the excellent  a.Muse Gallery, 614 Alabama Street. Klein’s photo narrative, Animal at Sea, follows the relationship of a girl and a horse through a tangle of interdependence. The pictures are romantic, the light in the sky in this one sharp and fading at once and the sky is just begging for a rainbow. Horses are so mystical. So are girls. So is the music of Yes Alexander, who is soundtracking the event with her creepy, heartwrenching vocals. Klein’s photography magazine, Descry, debuts March 201o.

I Seen Beyonce at Burger King is a video by NYC hip hopper Cazwell. I love Cazwell cause he is originally from some crappy part of Massachusetts, and before taking off to become super spectacular in New York he showed up at a Sister Spit open mic in Boston and did a rap about lowrider bicyles, with musical accompaniment from a cassette tape in a boom box. I like his Masshole accent and the fact that he sometimes uses the word ‘friggin’ in his lyrics, and that he often has the iconic Amanda Lepore in his music videos. 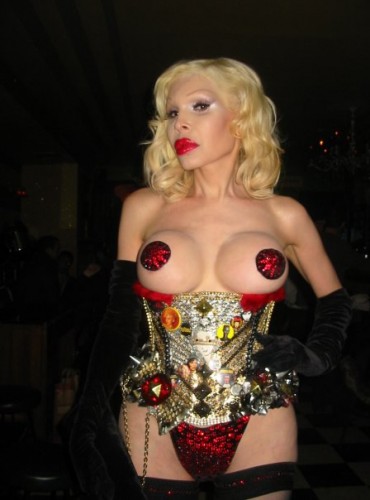 (Here’s a gratuitous Amanda Lepore pic, just because she is so amazing to look at and also because she is wearing an outfit made by Cristy Road’s roommate Thomas Knight, the boy who was dyeing a vest with tea bags when I visited her in this blog a couple months ago.)

I Seen Beyonce at Burger King features a spot by fashion bon vivant Jonny Makeup and costumes by Jeremy Scott and it will stick in your head for the rest of your life so be prepared.