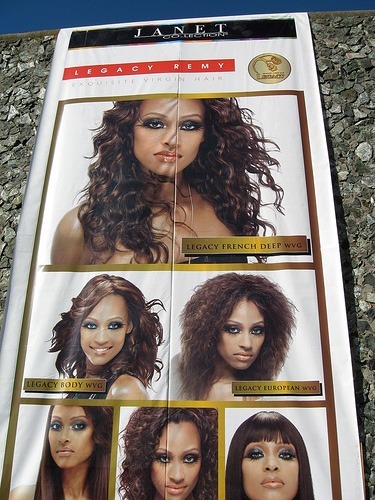 “This was my first really big step toward self-degradation: when I endured all of that pain, literally burning my flesh to have it look like a white man’s hair. I had joined that multitude of Negro men and women in America who are brainwashed into believing that the black people are “inferior” – and white people “superior” – that they will even violate and mutilate their God-created bodies to try to look “pretty” by white standards.

You’ll see the conk worn by many, many so-called “upper class” Negroes, and, as much as I hate to say it about them, on all too many Negro entertainers…. I admire any Negro man who has never had himself conked, or who has had the sense to get rid of it – as I finally did.” – From the Autobiography of Malcolm X.

This quote from Malcolm X’s iconic autobiography gives an indication of how long the issues held within the image of Black hairstyles have dominated the imaginations of Black folks. Malcolm wrote this confessional commentary in the 1960s about the big band era of the 1940s when the “relaxed” hairstyle was called a “conk.” A new 21st century phenomenon has emerged in the age of image proliferation that makes me want to examine some of these issues from the standpoint of visual culture.

What I am seeing now is a new image of Blackness that is an imitation without an original. Simulacrum Blackness. Images of Black women with hair that imitates that of White or Asian hair in a way that is so contrived and entangled with systems of commerce so outside of the Black cultural experience in America that it contradicts and negates the Blackness in the image even though those images are more prevalent than any before them. The “conk” and old style hot comb straightening of Black hair revealed, even in its finished state, a Black process (pun intended). The “process” produced the practice of wearing a head scarf called a “doo rag” by Black men in between hair straightening sessions to keep the conk fresh. The wearing of the “doo rag” became a bit of underground Black trademark style. Madame CJ Walker was the entrepreneur who invented the hair care industry and its subsequent culture in the early part of the century. The newest “real hair” weave tracks and wigs are controlled, manufactured and distributed usually by Koreans who have no connection to the Black experience/trauma/psychosis that produced the need for their clientele. As a result the cultural product, the images that are produced by them have something missing from them.

Two things prompted me to examine contemporary images associated with Black hairstyles. The first was the proliferation of vendors in Oakland who sell artificial hair and hair straightening products marketed specifically to Black women. The second was a recently released film by Chris Rock titled “Good Hair.” Rock’s film has brought the discussion of Black hair to the forefront yet again. 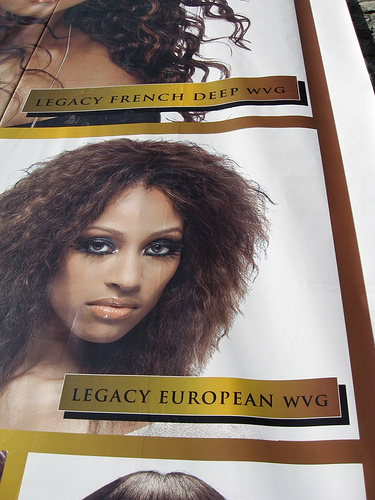 I’ve watched the number of these hair vendors grow until I became curious about what they looked like inside. Where there were just corner hair shops for a long while, there are now huge beauty supply warehouses that cater to an exclusively Black clientele. One warehouse in West Oakland in a converted super-market space has a two-story banner with large images of Black women on it. Images advertising wigs and hair weaves with names that are not as much ironic as downright insulting. “Legacy European” and “Legacy French” puts the colonial past writ large on these products. These images are new to Black communities and new in a way that makes them distinctly different from the images of Black hair prevalent during the era of the Black Arts Movement in the late 60s and early 70s.

The Black Arts Movement was that much revered but also maligned and misappropriated cultural catalyst and incubator for a consciousness that manifested itself in Afro hairstyles. The legacy of the Afro is the iconic imagery that it produced. Photos of Angela Davis, Kathleen Cleaver and Nina Simone are just a few that come to mind. But the women that I see towering on 20 feet of billboard in high-resolution photos are different. They’re Black women, but somehow the alchemy of their blackness is missing. The images don’t convey any of the power that an old grainy black and white photo of Kathleen Cleaver, or a low-res image of Nina Simone on the cover of “Silk and Soul” or just an old hair product ad from Jet does. The models on the billboards are representative of women who fear that the hairline at the nape of their neck will return to its natural state and be seen. Under labor and sweat, those edges of the hairline return to their root’s nappy intentions. The sheer audaciousness of a Black woman’s hair in its natural state signified large that she has enough style to turn the look of labor, with all of its antebellum psycho-baggage, into a statement of beauty, elegance and power; a beauty that implies hard work. This is precisely why the aesthetic of the Afro is funky and simultaneously a reclamation of African aesthetics. Funky in the manner that was revealed by the Kongo scholar Dr. Kimbandende Fu-Kiau through Yale professor of African aesthetics Robert Farris Thompson. Dr. Fu-Kiau indicates that the word “funky” is actually derived from a creolized version of the Ki-Kongo language of Central Africa. In his now classic study of African and Afri-diasporic aesthetics titled “Flash of the Spirit” Thompson says of the term “funky” that, “this Kongo sign of exertion is identified with the positive energy of a person.” 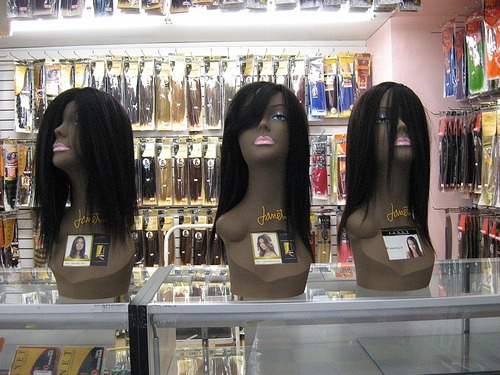 Even at the height of the Black hair renaissance in the 70s we didn’t have shops filled with nothing but Black hair care products let alone an entire warehouse with giant banners of Black women on the outside. I went inside and experienced the Phantasmagoria of Black images with no blackness in them. What I mean is that the mannequin heads and the commercial model photography that lined the warehouse with hair tracks lining the walls and isles were devoid of funk. 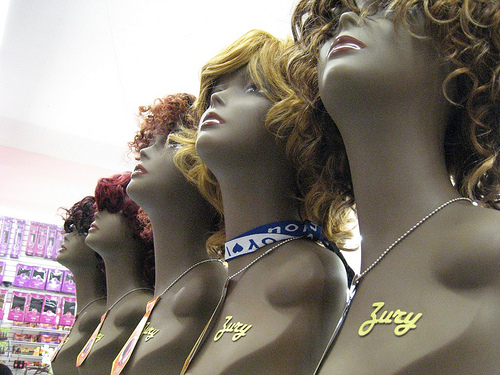 The warehouse interior had an antiseptic quality that quietly seethed with a proliferation of the artificial and the synthetic. Even the cultural signifiers that it referenced seemed to eradicate all of the Blackness from their meaning. One case in point is the “Black Power Du-Rag” with the “made in china” labeling on it. As I walked up and down the isles of the brightly lit store interior I couldn’t help feeling that despite the overload of Black things to see, there was an image undertow that made them un-funky; and I mean un-funky the way a vampire is undead. Image undertow that was the result of a process with commerce at its core, that has no connection to the lived experience of the people and culture that will adhere these objects to their heads. 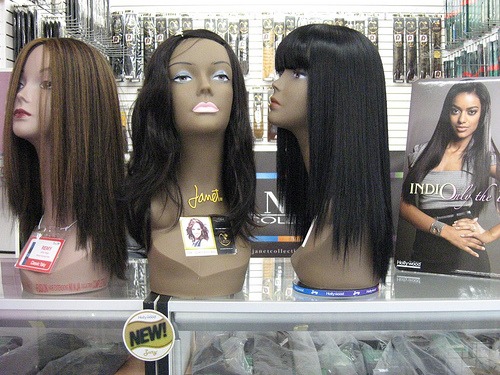 Now it has been my observation that some Black women can put on the “real hair” weave tracks and somehow through the alchemy of their being resurrect the un-funky and bring it back from the dead. But, rare are the Black women with so much surplus Negritude that they are immune to the image vampirism that is present in warehouse weave commerce. As 21st century technique, and technology makes it easier for Black women to purchase and apply artificial hair, the result is that their real black images are being covered with the simublacrum. The funkless copy without an original. I suspect that they may be unaware of it.

A recent issue of the Publisher’s Weekly earned a spate of negative mail, primarily from Black women, in regards to its cover. The image was of a Black woman with dozens of Afro picks covering her head as if they were an outsized Afro. The Afro picks with a raised Black Power fist, which was ubiquitous during the 70s, dominates the image in a beautifully striking manner. The photograph for the cover was taken from “Posing Beauty: African American Images from the 1890s to the Present “ by Deborah Willis. “Pickin” is the title of the photo by Lauren Kelley. It has brought out a great deal of criticism about its use for PW’s annual issue on what’s new in Black publishing. The person responsible for the cover choice was Black editor Calvin Reid who guest edits this issue annually. Reid is not only an editor but an artist who made the cover photograph choice because it drew on the aforementioned empowering imagery from the 1970s era.

The harshest commentary came from Black women who found the cover either condescending or ill timed. Their responses underline two things. One, that the magical, alchemical and psychological place of centrality for the image of Black hair hasn’t lost any of its potency in a century’s time. Two, there is a new type of simulacrum Blackness that finds itself uneasy with images that harken back to the natural Black thing with the power to trouble the artificial with its presence. 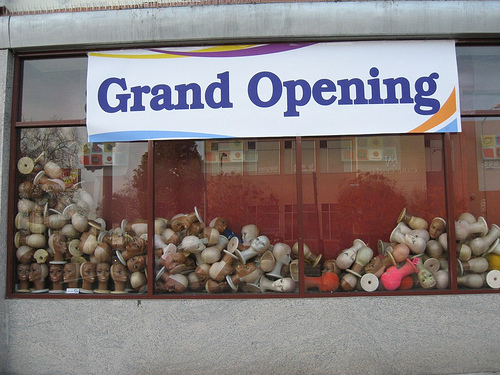 Grand Opening of New Wig and Weave shop in Oakland