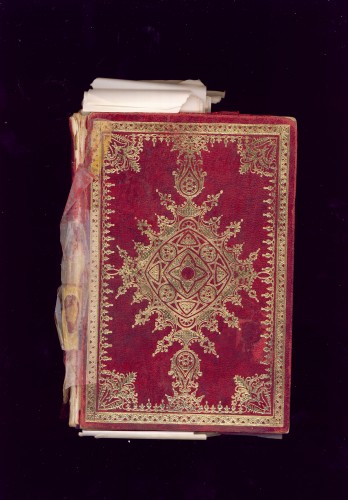 I think I can safely say that John Wieners (1934-2002) is my absolute favorite poet. From his early lyric poetry in The Hotel Wentley Poems and Ace Of Pentacles (1964) to the more collage-like and sometimes impenetrable work found in Nerves and Behind the State Capitol or Cincinnati Turn-Pike (1975), his work is always on point, regardless of the era. So it is with great pleasure that I announce the publication of A New Book From Rome by Bootstrap Press. Here are a few words on the forthcoming volume by the poet and queer activist Charles Shively, whom I believe to be the executor of Wieners’ estate.

After John’s passing, Jim Dunn and I went through the notebook (red leather with gold trim) which Bill Berkson had given John who was locked up in a Long Island asylum in 1969. (Wieners wrote his Asylum Poems from that unhappy place.) With the notebook in hand, Jim and I (with great help and encouragement from John Mitzel) sought to identify unpublished complete poems from that red book. We sent photocopies to Raymond Foye whose great care, love and attention produced the Black Sparrow editions of Selected Poems, 1956-1986 and Cultural Affairs in Boston: Poetry and Prose 1956-1985. Now Jim Dunn has transcribed and scanned Wieners remarkable notebook to bring us previously unpublished poems, perhaps worked into something of a stained glass window version reminiscent of the chapel of St. Louis IX in Paris.

When I opened the window
I heard a bird sing
reassuring me
everything would be alright.

My mother would get well
there would be no harm from the dark
or intruders,
I would rise in the morning.

The sounds in the night
were friendly knocks
and the faces I saw at the door,
popping corks in the woods

were only ice breaking up,
my father was here
and the springs
in the bed
the only thing I had to be afraid of.

A New Book From Rome is being printed in a hardcover limited edition of 258 copies with 200 being made available to the public. Afterword by Bill Berkson.