1. The Believer had a party for their current Art Issue last week at Electric Works Gallery, where the Paul Madonna show Album 01: In What Era Will You Get Stuck is currently up, and I liked it a lot. The artist has a lot of pieces featuring those nubby rubber monsters you put on top of your pencils in middle school (or now), with the waggling arms, and lots of text in his work (which I love) expressing career and other popular life anxieties. The title piece dooms the viewer to a sort of style/fashion/general relevance anxiety; the question of whether or not you will be come a relic has been answered, it’s only left to wonder what time will have you upon its shelf. 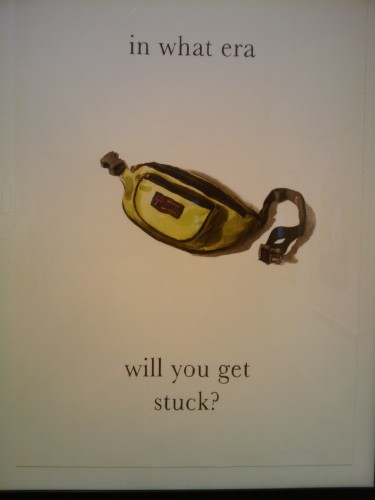 My friend Beth, who I saw the show with, called it the ‘queaking’ piece, which is short for ‘Queer Peaking’, which is a situation all must be vigilant against: becoming so comfy in that one great look you wore that you wear it forever and ever, long after it has come and gone, so you look like you just walked out of a flyer for a 1996 dyke nite dance party. Everyone who learns of the queaking phenomena knows it is true and becomes terrified that it will happen to them, a healthy fear I think. We all must be vigilant against queaking. Straight people are not immune to queaking, also. My friend Tara calls is ‘Gone Cherries.’ Be warned. 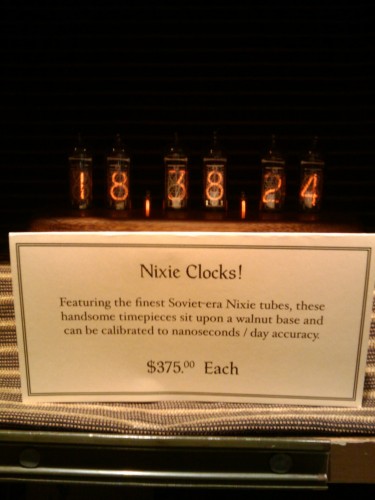 In addition to all of the great art they’ve got up (I can’t wait to check out photographer Dan Nicoletta’s first SF show since 1996 coming to the space this spring), Electric Works has a bunch of stuff for sale, which made me start thinking of holiday shopping and whatnot, more specifically of things I would like, and I would really like a $375 Soviet-era clock, wouldn’t you? Look at it! My crappy cell phone photo can’t convey the flickering quality of the lit-up numbers, like fake electrical candle flames. The glass tubes are very scientific-looking, and the whole contraption has a handsome wooden base that would look so good in my handsome wooden bedroom. And the thing uses military time, which I like to refer to as French Time, as it was how all the people told time in the French city of Paris while I was there. No one likes the military, but who doesn’t love the French? Anyway, it is an exotic and mysterious piece of equipment, dealing in an exotic and mysterious concept – time! Very cool. There are also waaaaay less expensive things for sale at the gallery, like books, cheap prints, ceramic mushrooms, toys and whatnot.

2. Hmmmmm, what is that cold wind coming into my room here at The Chelsea Hotel? Is it the vengeful ghost of Nancy Spungen, slain by her boyfriend Sid Vicious downstairs in room 100? The perhaps gentler spirit of the artist Vali Myers, who once lived and worked in the building? Is it the phantom, basement-dwelling crack smoker imagined in Dee Dee Ramone’s novel Chelsea Horror Hotel? Umm, no, it is only arctic east coast winter wind blowing up through the hole in my um floor. Or, maybe through the chunk of glass missing from my window? Hmmm. 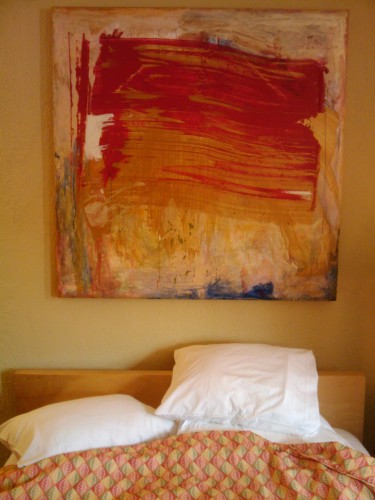 There are cheaper places to stay in NYC than the Chelsea, but Leonard Cohen never lived there. My friend the filmmaker Peter Pizzi just stayed at a place called the Pod which he called “an IKEA jail cell”, and writer Beth Lisick just stayed at The Jane, where Hedwig and the Angry Inch got its start but which is pulling a fast one on broke travelers by renting out rooms with, like, four foot beds, beds one has to sleep in the fetal position in. At least my substandard room comes with a full-size bed, a radiator that really does work once the front desk sends up the “engineer” to turn it on, a little sink in my room to pee in when I don’t want to run down the long hallway to the communal bathroom (what? the place leaves a roll of toilet paper on the medicine cabinet, it’s like they are begging me to pee in the sink), and toiletries deeming the place ‘a rest stop for rare individuals.’ Oh, you flatter me! What else about the Chelsea? There is art everywhere, left behind by folks who passed through or hung by residents currently living and working in the famous building. Here are some pictures I took with my cell phone. 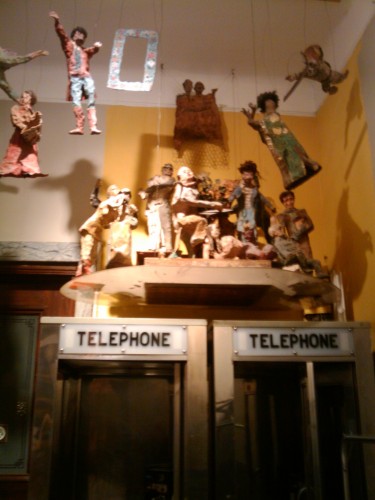 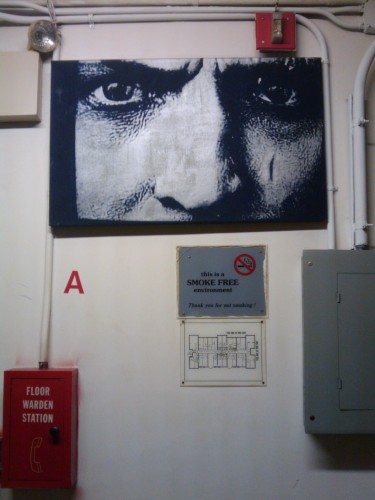 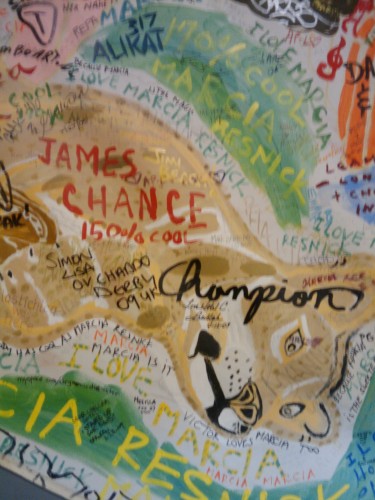 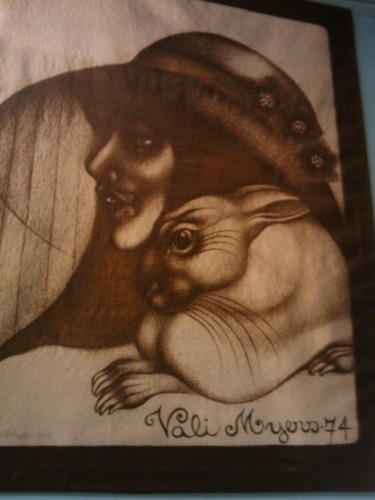 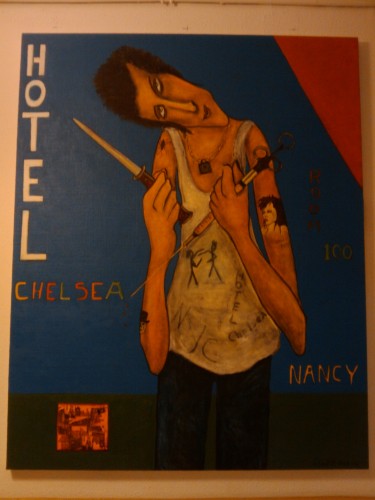 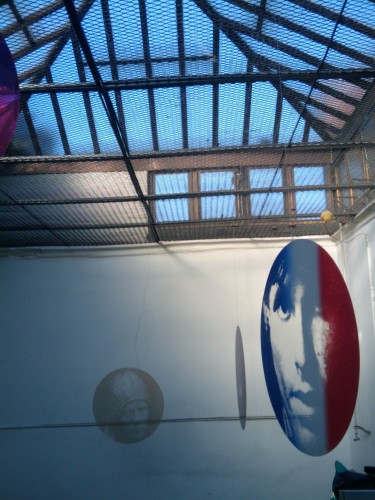