As one of the creative artists and culture workers in West Oakland I’m often times on Pine Street in deep west Oakland talking and interacting with the artists, writers and musicians there. Just last week I stopped in to pay a visit to painter Githinji WaMbire at his 1018 Pine street studio. Githinji is a Kenyan artist working in Oakland. I came to “chop it up” with him and get some healing vibe from his sanctuary. It didn’t take me long to realize that this space is also a stage that Githinji uses to perform the ritual theater of his creative juju. Sometimes painting by a single candlelight surrounded by elekes (symbolic beads) for Orishas, the African spirits, he takes the materials of the neighborhood and reconfigures them into the shape of the African continent. Each one as multilayered, complex and idiosyncratic as the continent it represents. 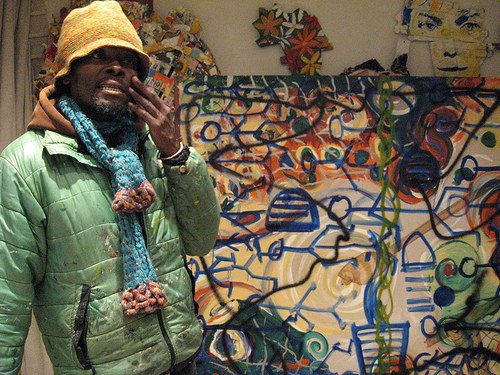 Githinji in his West Oakland Studio   Photo by Deterville

I can recall a panel discussion that I attended in New York where artist/cinematographer/film theorist Arthur Jafa discussed how African artists use the power of objects that have been used and contain what the Yoruba of Nigeria call “ashe” (inherent life force) that is evidenced by the patina of utilitarian objects. Githiji’s work accesses this ashe because he uses the slats, wood and debris that comes from buildings and old houses in the west Oakland neighborhood that is home to his studio. The house that is home to his studio was dubbed “Cornelia Belle’s Black Bottom Gallery” a few years ago. It was named after the old black woman that lived in the house for many years. I was part of the five person collective that showed work there about a year ago and I’ve watched it transform into different types of cultural spaces ranging from café to gallery and now studio.

Here are a just a few images of Githinji Wambire’s studio. Look for an interview with Githinji in my next series of posts. 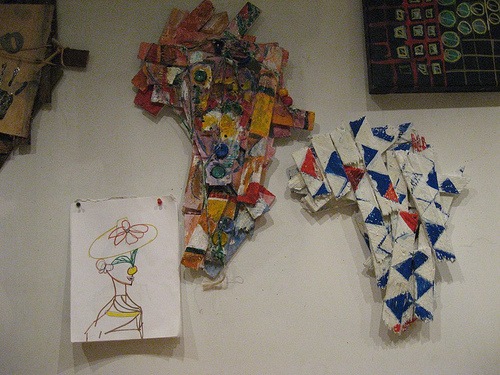 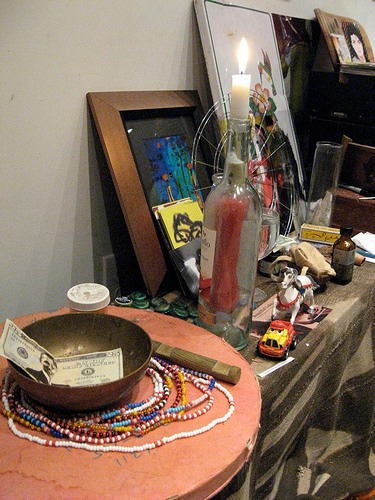 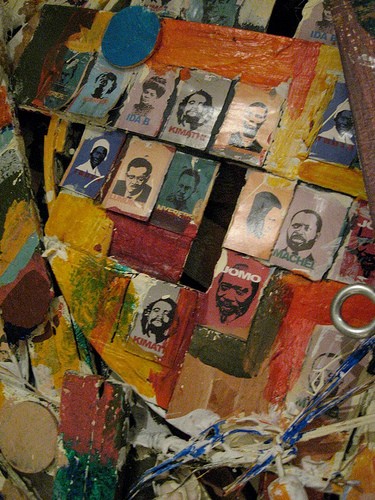 Detail of an Africa painting dedicated to Ancestors

This piece shows the faces and names of Pan African freedom fighters such as Jomo Kenyatta and Dedan Kimathi amongst others. 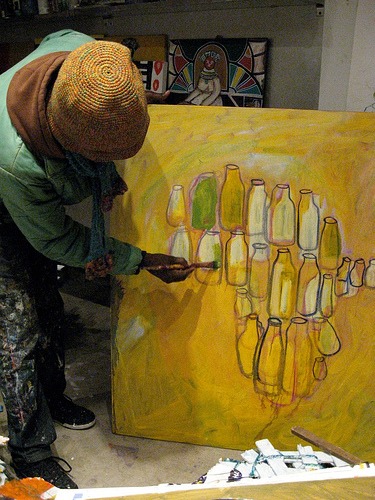 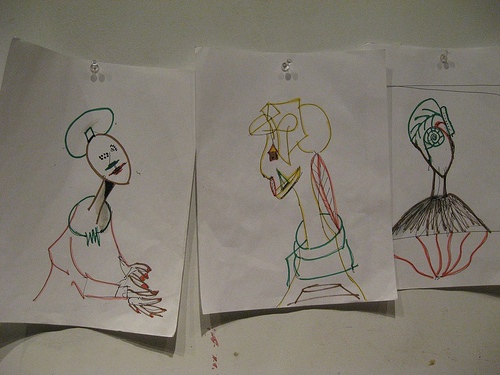 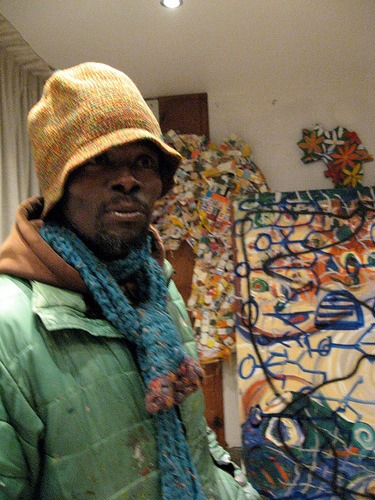