I shot the first video anecdote just before catching a train leaving NY Penn Station at a coffee stand with Marisa Jahn. The night before, I had been in a bar near MOMA with Mexican curator Sofía Olascoaga, and after telling her about the general idea she said “Oh, like an anecdote archive?” and I said, “Yes, exactly.” Minutes later Sofía and I were  feasting on a Korean dinner with Tom Finkelpearl, director of the Queens Museum.  On the way to dinner, Tom gave an incredible account of a performance project, which would’ve been the first, but sadly I had left my camera back at the hotel. Now I bring the camera with me most places, especially trips and meetings. I’ve missed a few good ones: a story about a book-burning performance gone-wrong told by Larry Sultan comes to mind. Occasionally I have the camera, but don’t feel like pulling it out. Some conversations are best left unmediated.

The rough idea for the Anecdote Archive materialized during a conversation with Sam Gould. As we stuffed ourselves with Dim Sum in a strip mall outside of Portland, we exchanged stories of our recent travels. Word-of-mouth we agreed was an important, if not the primary, means of distributing non-object-oriented projects and practices. As we ordered one last plate of pork dumplings we discussed legendary figures like Alan Lomax and the Folkways Archive and more recent projects like StoryCorps. Over the next three days we developed the possibility of building a video archive; informally recording word-of-mouth as recalled by various friends and artists in the year ahead.

The release of Issue No. 1, the first 12 videos, was accompanied by a short excerpt of a text called Talk Talk written by Magnus Bärtås for Geist Magazine (and recommended by Matthew Rana):

“The fact that works of art to a large extent are tales, points to the folkloristic aspect of the artworld. In other words, the art world is a place for transmissions: someone has seen or heard of someone who has done something. The story is told and retold. As in any other oral culture there are misunderstandings, adjunctions, displacements and falsifications. The dependence on ‘what is on every lip’ creates a situation where works that are difficult to talk about run the risk of being neglected and ‘disappearing’. Sometimes an art practice escapes omission through stories about the artist as a person. Whatever one may think of this oral circulation of art — through formal seminars, think tanks, staged conversations, informal discussions, and not least through chatting at bars and cafés — it should be recognized as a place for art distribution equally important as the exhibition space and printed matter.”

Issue No. 2 concluded last week with an anecdote by Ted Purves, chair of the MFA program at CCA and editor of What We Want is Free. This issue includes the first self-reflexive moment in the archive; a project by Josh Greene is recounted by Brenda Tucker and later Greene gives an anecdote. It also includes the first guest camera-operator; artist Catherine Ross follows Sara Magenheimer’s lovely gesticulations. To accompany the second issue I’ve culled images from the web, each corresponding to one of the anecdotes, as an alternate index… 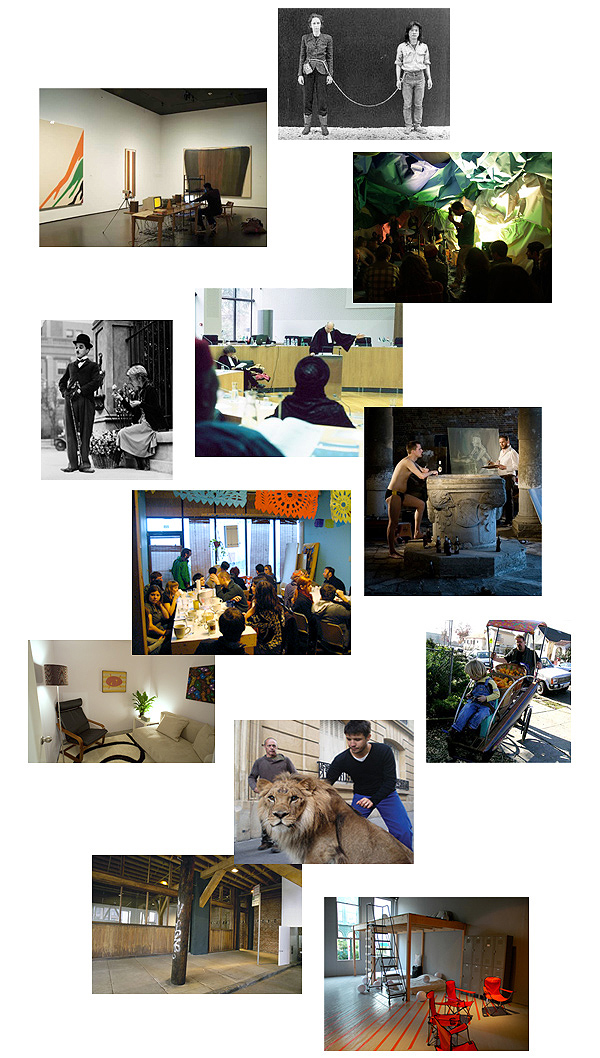