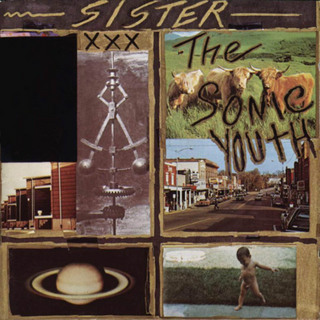 1. I was about sixteen years old, I was sitting on my bedroom floor, it was linoleum, I was writing on it with black nailpolish and smoking cigarettes. My mother knew I smoked and she hated it so I was forbidden to smoke outside in the streets where someone  might see me and judge her a bad mother for my habits, and I was not allowed to smoke in front of her, because she judged herself a bad mother for my habits. So that left my bedroom and that’s where I was, vandalizing my bedroom, lighting up Marlboro Lights, seeing if anyone wanted to talk to me on the telephone, listening to Sonic Youth’s Sister. No one home and the polish gone clumpy in the bottle, I picked up the album cover and stared at it. It was a bunch of different photos – the planet Saturn, cows, a baby – framed by scrawley gold paint pen and heavy black squares. I liked how all the photos together seemed to transmit an eerie, coded story. What was that giant sci-fi-looking machine? What city was that? It looked like an old-timey place. Did it have a special significance? Like Sonic Youth’s music, their album cover seemed a deliberate mystery. I turned it around in my hand and realized that the heavy black square was slightly raised; moving my fingers over the perimeters it began to loosen just slightly at the edges. It was a sticker! It was like finding a trap door, like pulling a book from a bookcase and have it twirl into a secret chamber. Better than playing the actual vinyl backwards and hearing instruction to worship Satan or smoke pot. I sunk a clumpy black-painted fingernail under the sticker and peeled it away. 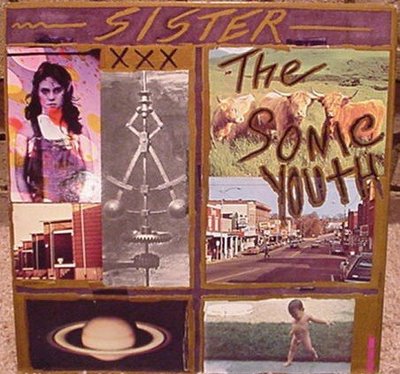 There was another picture underneath, of a super creepy girl submerged beneath a wash of blobby paint that maybe wasn’t paint, maybe it was some sort of body fluid under a microscope, or the spots of storm on Jupiter. It looked organic. The girl had a staring problem, she looked like the ghost of a girl who had died in a sinister way on a Kansas farm in the 50s and whose spirit was not at rest. She was pretty but her eyes were dark and mean. Why was this hidden? I knew nothing about art, nothing about copyright and permission so the truth of it – that it was a photo by the photographer Richard Avedon, someone I had never heard of, and that the band surely did not receive permission to use the image and so some poor wage-slave had to spend god knows how many hours slapping stickers on LPs, this obvious reality didn’t occur to me. I thought I had made the right move in a scavenger hunt, I had unwittingly revealed the solution to a riddle. But without having known what the riddle was, I remained baffled by the artwork on Sister. What did it mean?! The sticker on the other side was tugged away to reveal a picture of Disney characters with magic marker radar waves radiating out from them. Weird. Sonic Youth was so cool they were almost like a cult. 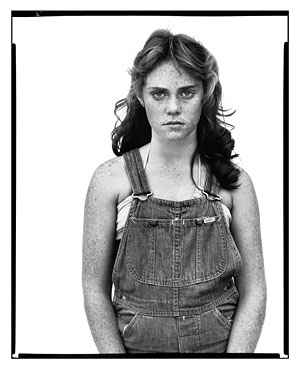 Like Sonic Youth, I don’t have permission to be using this image so we’ll see what happens. The photo hidden in Sister‘s artwork is Sandra Bennett, twelve-year-old, Rocky Ford, Colorado, August 23, 1980, by Richard Avedon, and it punched me in the gut when I saw it currently hanging in the Avedon exhibition at SFMOMA (up until November 29th). It’s just as creepy and gripping up close and larger than life, and it was just as much an eerie surprise, because I’d often wondered about the photo I’d found on the album, and now here it was, the mystery of a mystery solved. It’s part of his In the American West series, portraits of carneys and coal miners and physical therapists and bee keepers, all looking beautiful and extreme and slightly warped, like the tough haunt of Sandra’s eyes or the pitch black soot of a miner, the odd physical bend of the carney or the albino-esque bee-covered keeper. I think it was my favorite part of the exhibition, though the wall-sized photo of Warhol’s factory and the close up of Warhol’s Frankenstein torso come close. 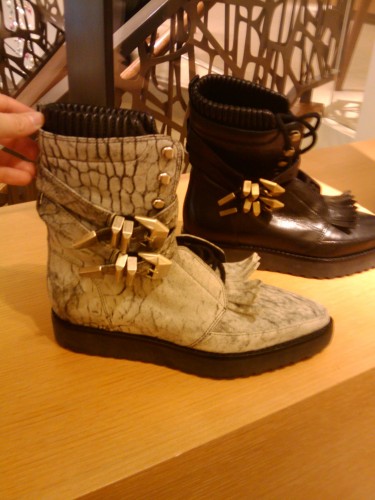 2. I thought the whole ‘If you wore them the first time around you can’t wear them when they come back around’ fashion rule is, like many fashion rules, just another way to make people/women feel bad about getting old. I spent most of last year the way I spent most of 1984, with some sort of string tied around my forehead, and it felt great. But certain items are giving me pause. I don’t know if I am ready for creepers to make a comeback, even in the form of a boot, even if the boot comes with a leather faux-sock poking over the top, even and especially if it comes hung with a couple of decorative boot-belts. And even if they are designed by Alexander Wang. But you know, even as I type this, looking at the boots in their buttery lighting at Barneys, where they live, I am starting to have second thoughts. Maybe they are actually the greatest things I’ve ever seen. Sometimes being repulsed by a piece of fashion is a signal that I’m about to be obsessed with it. 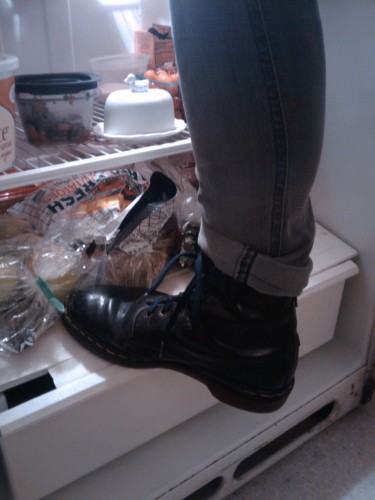 Yeah, I know that you know that Doc Martens have been back on the street for over a year now, but if you wore the things in the 80s and 90s, you might be finding yourself a bit scarred by the trend and a bit reluctant to sign on. Last night, at my friend the writer Beth Pickens’ house I watched as she dug into her closet and from there, behind olden Lolapalooza t-shirts and an orange puffy vest stuck with Bikini Kil and pro-choice pins, pulled out a perfectly beaten pair of Docs. “Oh, I don’t know, I don’t know”, she was shaking her head and grumbling nervously. Then, “I can’t! I can’t do it!” But she did it. I felt like I was privy to a very special moment, an individual making contact with the Ghost of Fashion Past, coming full circle, sticking her toes into the grooves made when she wore the things to like clinic defense protests and Sleater-Kinney concerts. It was  tender. Beth isn’t sure she can do it, but I think they look excellent and the boots aren’t going anywhere; like combat boots, shitkicking work boots and all other hardy footwear of decades (oh, sorry, decade) past, they’re going to keep looking good for a while. Oh and the reason her foot is in the fridge is that’s where the best light was for the photo. 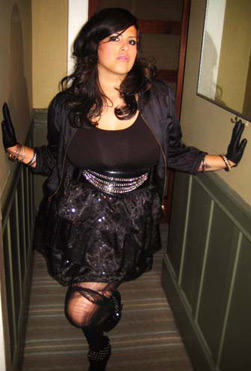 Jenna Riot is in the running to be America’s next Forever 21 model.

3. Over in the UK, the Topshop-owned women’s clothing chain store Evan’s hired Gossip lead singer Beth Ditto to design a line of plus-sized clothes. Nothing quite that avant-garde has happened for bigger females in the US, but the options are starting to grow beyond Torrid (snidely called Fat Topic by feminist scholar, fat activist and burlesque star Cookie Woolner) and Lane Bryant (a friend calls it Lame Giant). Forever 21 is about to launch their plus-sized line Faith 21, and I don’t know if the clothes will be as interesting as the Ditto-designed pieces British girls get to wear, but they do have a shot at having a super hot, seriously talented, wicked queer San Francisco femme be their spokesmodel. The chain is having a contest on their website http://www.forever21.com/ where you get to vote each day for the girl you think has the best style, and right now Jenna Riot is hovering at number four. I think you should vote for her. More than just sickeningly pretty and having of the good style, Jenna makes electro pop that is super fun to dance to but also has riot-grrrl inspired feminist lyrics, rhymes about being a queer femme, and plus has a crazy voice that is sort of breathy-sexy one minute and then is all wailing and haunting the next. She can sing. Check her out her MySpace page, http://www.myspace.com/jennariotmusic, and then register at Forever21, and to http://www.forever21.com/faith21contest/vote/vote.asp to cast your vote and make a girl’s dream come true..