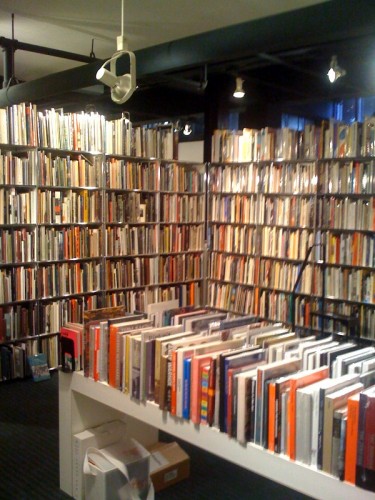 I first paid a visit to 871 Fine Arts when it was housed at 49 Geary. This must have been about three years ago. The long and wide room had posters on its walls, as well as original works by George Herms, Jim Dine, Franz Kline, and many others. In the very back was a tight square room packed with art books organized into interesting sections: Prints, Drawings, California Artists. The poetry section had an emphasis on its inevitable intersection with visual art. I went back a few times, often during the first Thursdays, in which the building was packed for all of the openings, though I often found 871 to be the most pleasurable place to visit.

871 Fine Arts moved to its current location about a year ago. It’s on Hawthorne now, a side street just off of Howard, south of Market. The new space is on the bottom floor and seems better suited to both the gallery and bookshop aspects. More space for the books overall, with a strangely exquisite light falling onto massive chrome shelves. The art is given two long walls and is also placed as an accent around the books, behind the desks and then a free standing glass case as well. 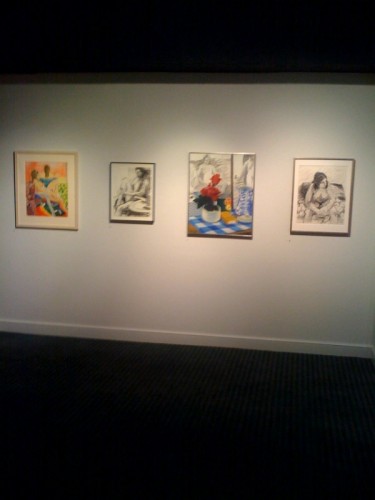 The current show (at the time of my visit) is paintings and drawings by June Felter. I overhear 871’s owner Adrienne Fish telling a visitor that these works are “classic California figurative,” and that Ms. Felter has just celebrated her 90th birthday, with two of the paintings in the show completed this year. Her use of color is consistently striking, especially within her beach scenes. The colors in these jump out in a manner I more often associate with abstract painting. I was dreaming of a summer house in which I might hang one. Felter lost many works in the 1991 Berkeley/Oakland fire, but managed to save her slides, and over the last ten years has been rather obsessively producing a series of books from these mostly lost works.

One of the things I have most admired about 871 is its relaxed and very inviting atmosphere. Adrienne seems to know offhand where even the most obscure volumes reside (for example: a picture book by John Cage on how to make mud pies; Piero Heliczer’s The Soap Opera, and 12345678910, a collaboration of poems and drawings by Robert Creeley and Arthur Okamura)

Sitting down at Adrienne’s desk, I mention that last year at the holiday sale I picked up a small book on John Altoon and that I always seem to be attracted to artists who are considered by some to be wildly uneven. She says this seems to describe every artist at some point. 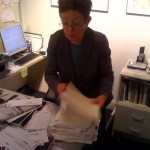 Our conversation moves on to a recent reprint of a classic monograph on the Ferus Gallery. The first edition is shorter, but superior to my mind for its tiny reproductions of all their announcements and assorted ephemera, including a Christmas card with an ink rendering of an angel by Altoon. The angel clings to the far right of the page with the rest of it left perfectly blank. I tell Adrienne the piece of this kind that I have always wanted most is the announcement for the opening exhibition of Billy Jahrmarkt’s Batman Gallery, Bruce Conner in 1960. The poster is long and rectangular, featuring one of his catacomb-like Rat Bastard pieces. The shape of this piece always seemed to me like a cradle board. The font is black on white. She tells she has yet to even see this piece, or that perhaps she sold one but many, many years ago. 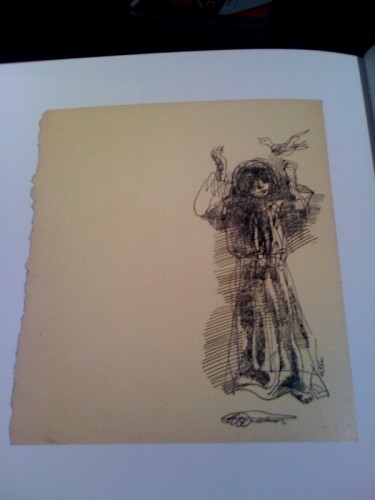 Adrienne gives me a quick run-down of 871 in all of its previous incarnations. It first opened on Folsom Street (that’s where the 871 comes from) in 1986. When that building was red-tagged after the earthquake in 1989, she moved to 250 Sutter, then spent 13 years at 49 Geary. Now she’s at Hawthorne Street. The place feels possessed and protected by a vision. If anything, the ephemera and smaller pieces by these now renowned artists are the very definition of “the underground.” I love the idea of trading or dealing in ghosts. Is that what all great bookshops do?

I have always felt that pamphlets of poetry often have greater influence on other poets than full collections do, and the same can be said for so-called “out of the way” works by visual artists. Their shadows are not so overbearing. They just become one of many and send you diving back into your own practice. Just above Adrienne’s desk is a hanging assemblage by Jess Collins entitled The Young Tell, or Y is for Mummy. I have seen only one of his assemblages before, and that was Poet’s Coffeepot (1963) in Bob Gluck’s house. I wonder how many still exist and how hilarious a whole roomful could be. 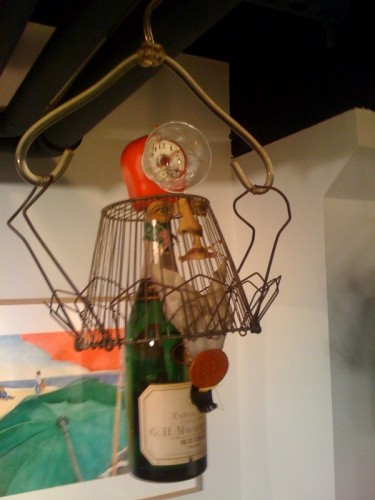 I ask permission to visit 871’s back room. I recognize a few things from the 49 Geary space. Adrienne picks a piece up off the floor and turns it around. It’s a verifax collage by Wallace Berman — not a poster but an original work. I try to photograph it, but its keeps insisting on a blurred image. I think to myself that maybe it just doesn’t want to be cannibalized by the i-Phone, which is like its mirror image, but 40 years later: A handheld receptive device that plays music and shrinks down imagery to a point of ultra clarity. 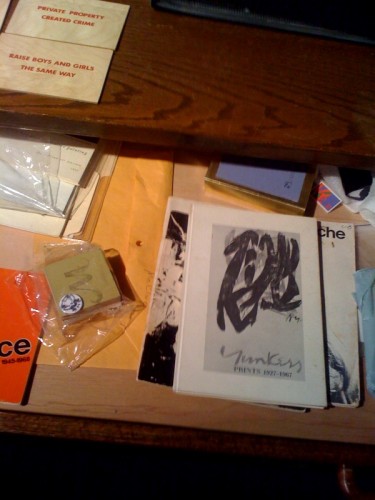 There were other works hiding in back by Elmer Bischoff, Elaine DeKooning, and Joan Brown. As things were winding down, I had to stop myself from looking at the books with any sort of shopper’s agenda. The selection and pricing at 871 is too good. It’s probably best to go with a list, otherwise you may forget why you came down in the first place.