The Lanterns Along the Wall 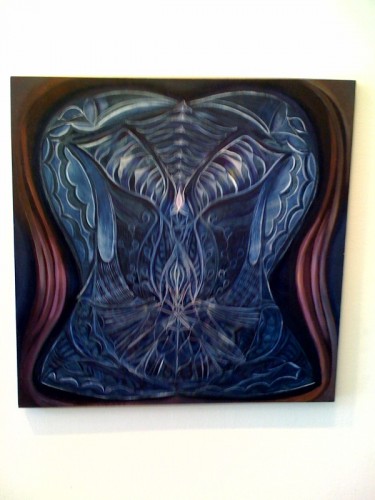 When I paid a visit to “The Fountain Of Giant Teardrops,” Neil LeDoux’s solo show at Silverman Gallery last year, I had seen only a very rough reproduction of one of the paintings in a newspaper. Underneath it was a small story regarding the roots of these pieces.

“He recounted seeing a fountain in the thick Louisiana forests, the fountain’s beauty was so astonishing that he immediately wanted to share it with his friends and family but when he took them back to see it it was nowhere to be found.” This piqued my interest, as the story seemed to work simultaneously as a veil and an entrance. When I was finally inside the gallery facing the paintings, I was immediately impressed by their size and their dealing so deftly in dark brown. I liked being given a story for work that was decidedly abstract.

Neil recently had new work hanging in the nave at CCA. When I saw the first piece, I was immediately reminded of the cover to a book by the great Moroccan story teller Mohammed Mrabet titled Harmless Poisons Blameless Sins. Neil’s work is more refined and the canvas still very large compared to any of Mrabet’s work, but their paintings share a quality of having cut a live and unknown organism in half, its tendrils flailing about in a dark pool unleashing some further form of pointed magic. They seem older than time, as if they had waited very long to be discovered. 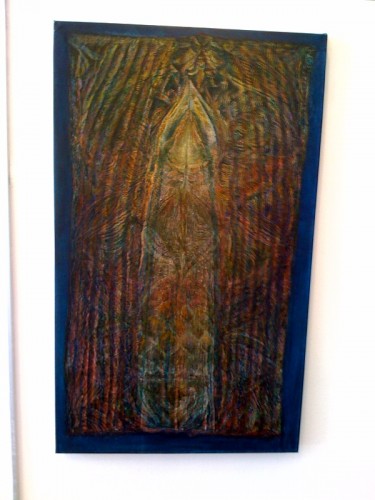 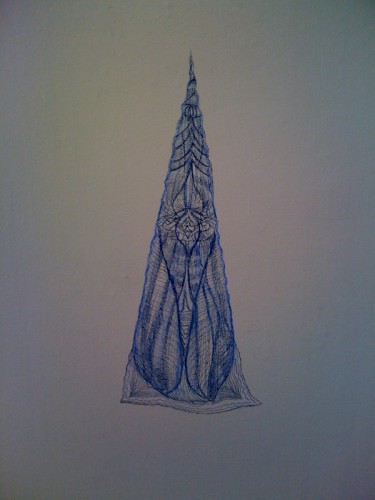 There was a wall drawing which Neil told me he had done first thing — that it was to work as an antennae, to establish a signal and subsequent space for these paintings before they were hung. A smaller wall drawing was directly above an open doorway. The lighting in the nave was extremely flattering, but I couldn’t help but imagine keeping watch over the paintings by nightfall. 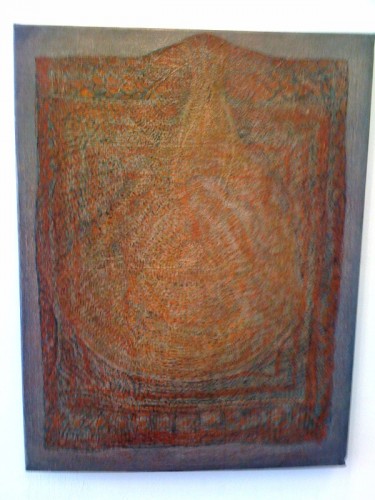 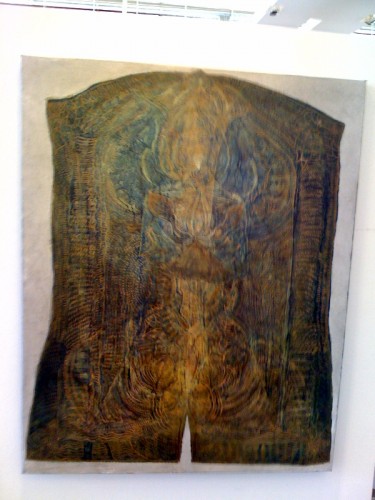 Neil told me to imagine a four-sided object, commenting about how simple and obvious that is for the mind to do. Then he said that when we try and imagine an object with five thousand sides we can’t do it. I immediately thought of looking into a bonfire, an act which I have come to think of as the oldest form of entertainment. The larger paintings here give a similar sensation. Textiles that breathe in smoke through one spot and blow it back slowly through another.

These pieces have a burnished gloss that the ones in “Fountain of Giant Teardops” didn’t. One large black and triangular painting possessed a texture driven so deep into the paint that it gave the appearance of being cut from stone. We also made a brief visit to Neil’s studio, seeing paintings like these half-finished was like seeing actual beings in various states of undress. Every piece I have seen of Neil LeDoux’s so far has been remarkable. There is nothing more honorable than an artist who is incapable of following any trend and is unwittingly cutting his own path. 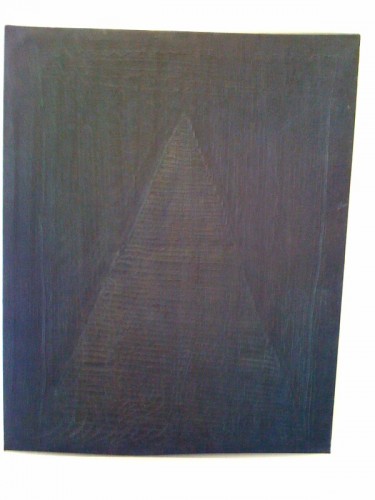