A Visit With John Altoon 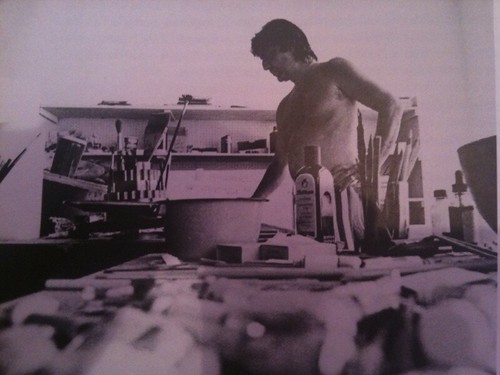 I was very taken with the few pages devoted to John Altoon in Semina Culture: Wallace Berman and His Circle (D.A.P., 2005). I mentioned my interest to the poet and scholar Duncan McNaughton, and he informed me that Altoon’s estate was owned by Braunstein/Quay Gallery, and suggested I pay a visit to see more of his works in person.

Ruth Braunstein is sitting at a desk and receives me very casually. She has a pile of small catalogs that have accompanied John Altoon’s shows over the years. She hands me each one, mentioning the dates and galleries. Duncan had loaned me a few of these, including the only one Ruth couldn’t find: a catalog for Altoon’s 1964 show at the San Francisco Museum Of Art. There is one catalogue larger than the rest, printed last year for a show at Mary Boone Gallery in New York. Ruth says the show sold quite well, it’s nice to suddenly feel less alone in my obsession with John Altoon. She begins by stressing how sudden John’s death was. He had overcome years of psychological problems with the help of a doctor, Marvin Wexler. He had just remarried and purchased a new building in which to work. He seemed to be on the mend and looking forward. So when he died of a massive heart attack in 1969 it was a brutal and shocking loss to his many friends. 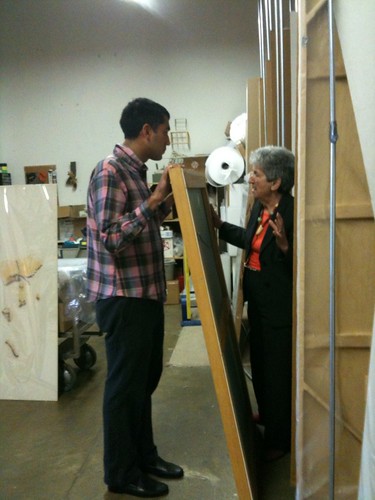 Ruth takes me to the back of the large gallery and shows me a painting from her first show with Altoon in 1961 when her gallery was in Tiburon. I’ve heard that Joe Brainard once said he liked Hans Hoffman’s paintings because they were “hard to like.” The same can be said of Altoon’s works, especially seen for the first time. This first piece is composed of several crude and brightly colored shapes (maybe organs). The paint is piled high on each one. The background is neutral. 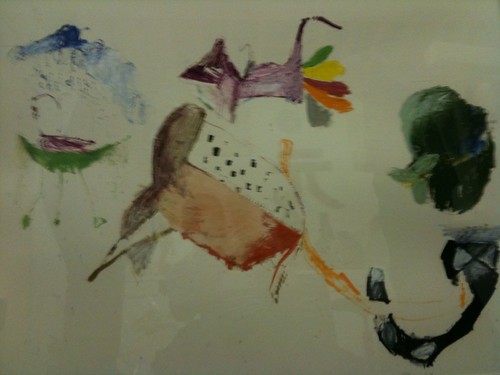 Another of Altoon’s paintings in this style belongs to his Ocean Park series (He would often name a series of paintings after the street he was living on: Hyperion, Sunset…) We see a man straddling what looks to be a bottle of wine moving like a space ship: he is holding the reins and urging it on, as a caterpillar looks up underneath it. If the color choices were not so deft and the canvas so large, it might be mistaken for a child’s finger painting. The tiny splatterings around each figure work well to never let them rest. 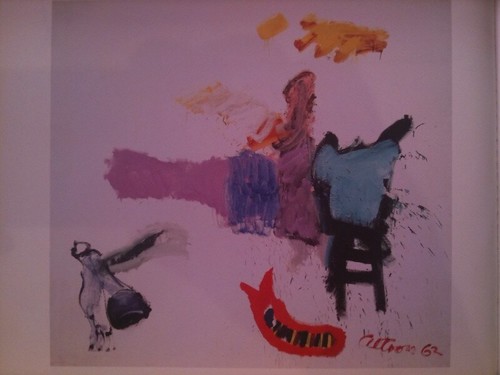 Ruth also brings out a large earlier painting, much more in the tradition of abstract expressionism — Gorky and de Kooning, to be exact. Very accomplished in that style, the painting was done around the late 1950s, so we see Altoon move toward something more figurative but still beyond definitive explanation as to exactly what is what.

There wasn’t anything he couldn’t do, Ruth says, if anything it was a problem. He started off as a commercial illustrator. And he made more drawings over the course of his life than anything. She claims he would start 20 to 30 a day, leaving them in various degrees of completion, only ever using two sizes of drawing board, either 30 x 40 or 40 x 60. He was also notoriously hard on his work (sometimes destroying much of it in bipolar manic episodes), and only works that he signed were allowed to be shown. He knew all the painters in LA and showed at Ferus Gallery in its early days. I get the sense that he was larger than life and couldn’t help but have an influence on anyone who encountered him. 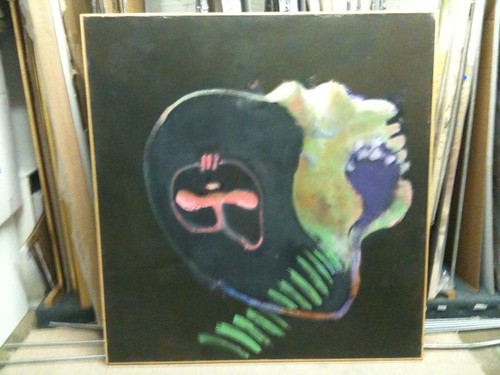 As Ruth takes me back to the front of the gallery, it’s obvious just how much she misses working with him. I tell her I wanted to write this piece because it seems that John Altoon is almost unknown these days. She feels differently, saying, “He’s been dead since ’69 — 40 years — and people still know about him. I think about all the artists who have gone through this gallery and died and no one has heard of them.”

A lot of Altoon’s later “object series” paintings were blatantly sexual (tongs lifting a vagina into a small jar, for example). Ruth tells me of another drawing titled Out To Dry, of three penises hanging on a clothesline. “You could never be mad at him because it was all tongue in cheek.” I take a last look at the catalogs again on my way out. One drawing is credited as being from the collection of Ben Gazzara. Ruth says, “Yes, John knew a lot of Hollywood people and they bought his work. Edward G. Robinson had a bunch and the dirtier the better!”

It was wonderful to be surprised by the sheer size of paintings and drawings I had seen only in books. Here’s hoping a retrospective will be put together soon, with a monograph to match that ties all of his tiny catalogs together. I want to conclude with a few pieces by Altoon that reside in SFMOMA’s permanent collection. 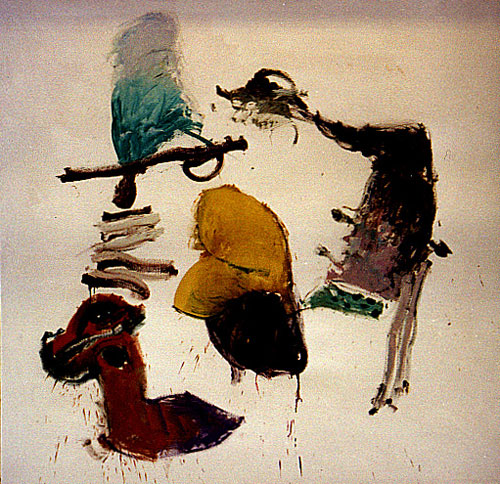 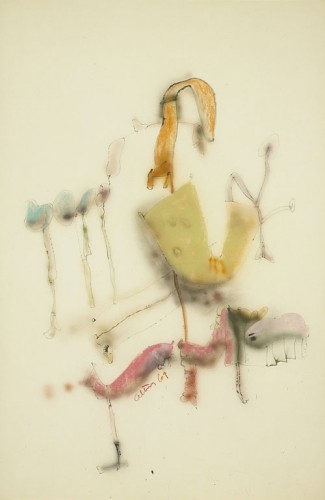 John Altoon, Untitled, from the portfolio About Women, 1966. A portfolio of ten lithographs; Gift of Mary Heath Keesling