Why I won’t celebrate Futurism’s anniversary 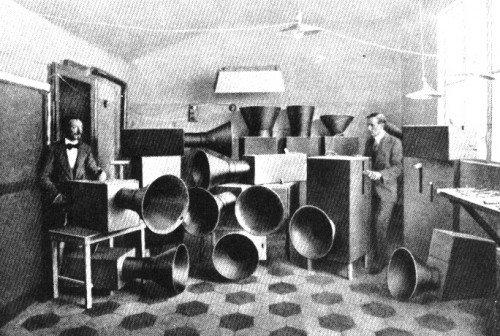 This October Performa 09 and SFMOMA will mark the centennial of the publication of Filippo Tommaso Marinetti’s Futurist Manifesto, in many ways a defining document of a certain sort of modernism, with a number of different events: some critical, others celebratory.

Much as I’d like to see the re-created Luigi Russolo noisemakers, I won’t be joining in. My reasons are summed up, with ruthless verve, by items 9 and 10 of the Manifesto we’re now to consecrate.

9. We want to glorify war – the only cure for the world – militarism, patriotism, the destructive gesture of the anarchists, the beautiful ideas which kill, and contempt for woman.

10. We want to demolish museums and libraries, fight morality, feminism and all opportunist and utilitarian cowardice.

These aren’t anomalies amidst a larger field of raucous ideas. They’re principles, which are pursued by Marinetti and others into the 1920s with greater resolve. They describe the real ambitions of the dominant Futurism – which Marinetti never truly repudiated or gave up. Maybe the memory of the Bush years, where these edicts were embraced as policy, is too close for me to set them aside as mere provocations. Certainly we are living now in the brutal aftermath of a certain kind of Futurism. 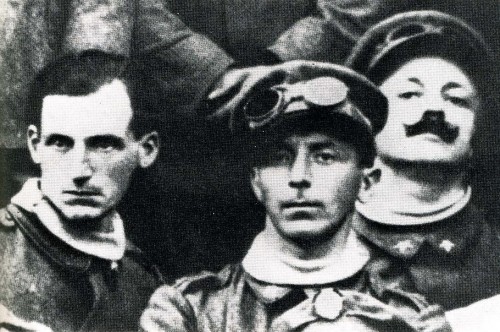 Futurists Antonio Sant’Elia, Umberto Boccioni, and F.T. Marinetti in military uniform, 1914. Sant’Elia was killed in the Battle of Isonzo in 1916; Boccioni also died that year, trampled after falling from his horse during training exercises.

Perhaps we might “celebrate” Marinetti by recalling him as cultural advisor and arse-licker of his “old comrade Benito Mussolini,“ (the link is to a site praising Oswald Mosley, antisemite and founder of the British Union of Fascists, for whom Marinetti was spiritual ally and hero); as the disruptor of Socialist rallies in 1919 and 1920; as the one who wrote in 1922 that “The coming to power of the Fascists constitutes the realization of the minimum Futurist program.”

The programming for the event includes some brilliant and gymnastic reframings. Not least of all the event scheduled for October 18, “Action! Futurism Projected + Performed,” which presents Futurist plays and films at Brava! for Women in the Arts, alongside a film by committed future-feminist Lynn Hershman Leeson among others. All due respect for my colleagues involved, but my allegiances lie elsewhere – with the “the foul tribe of pacifists” and “fervent adversaries of war” Marinetti decried in his asinine poem Guerra sola igiene del mundo: “War, The Sole Hygiene of the World.”

Count me in for 2016, when we can raise our glasses to the Cabaret Voltaire.