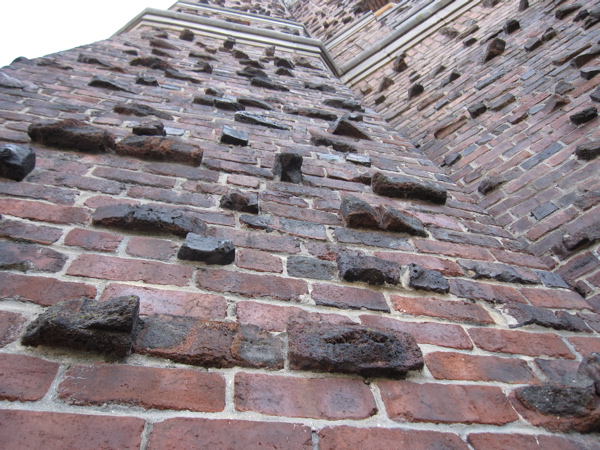 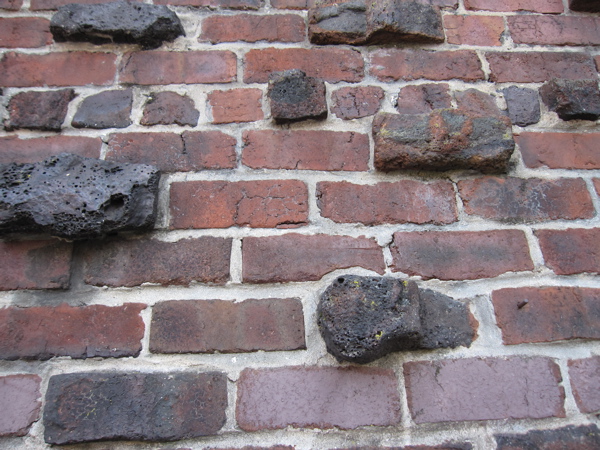 It was one of those shows that, I guess, just had to happen, ever since the extreme bondage studio Kink.com took over the San Francisco Armory around the corner from Ratio 3 on Mission and 14th. This Mission landmark has puzzled plenty for ages—a vast, cheerless ziggurat of a building, it hailed from an age in which people were seriously worried about getting the shit blown out of them by enemy bombs, or perhaps invasion of the sort that would call for a huge arms depository right smack in the middle of what was then a white collar Irish neighborhood. You look at the building and you feel a little quake of fear—atavistic perhaps. On my way to Ratio 3 this weekend I took some photos of its forbidding surface. It is like the castle of Saruman in Isengard in The Lord of the Rings! 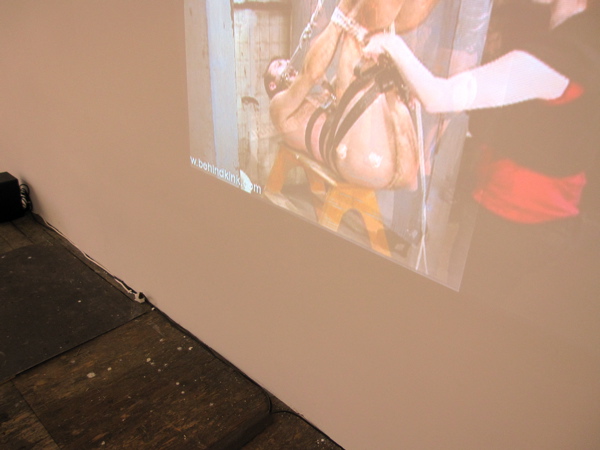 My own involvement in the studio is not a large one but I wrote it up in the essay I wrote for the new anthology from City Lights, Life as We Show It, edited by Brian Pera and Masha Tupitsyn. My piece is called “Young Goodman Brown Effect,” and describes the peculiar syndrome most of us know in San Francisco, where you make friends during the daytime and when, once the sun goes down, one finds out that they make their living working for Kink.com and it isn’t their cute paintings built up out of sugar cubes and Scrabble tiles that’s paying their rent, it’s their willingness to have sex on camera, often while bound up in more rope than Christo would take to wrap up the Eiffel Tower.

Check it out, obviously I can’t spill my whole story here, as it would be too spicy for the SF MOMA blog which is frequented by children and the unprepared, but children, you should not be scanning this entry anyhow, so let me rethink this. 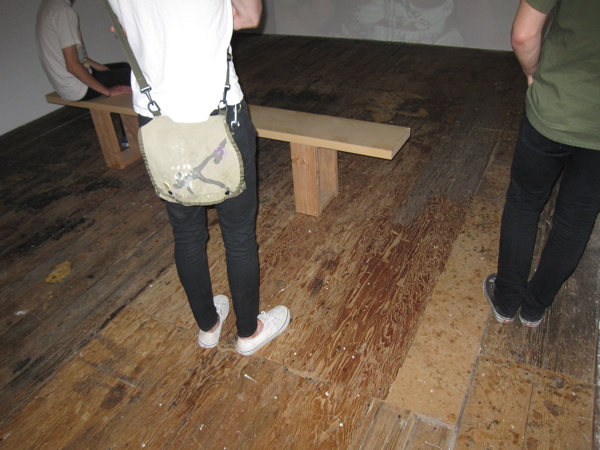 What one noticed in Ratio 3 is that the two buildings share an uncanny trait and it is there from the floor up—the very floor of the gallery, its unreconstructed industrial wood and metal, bears a bizarre resemblance to the glimpses of movie studio slash dungeon floor one garners from the explicit video playing out on the screen on several Ratio 3 walls. One has the sense that curator Perez is making a comment on how the art market, even in its current state of flux, has always had an “extreme” element to it that precludes satin sheets. 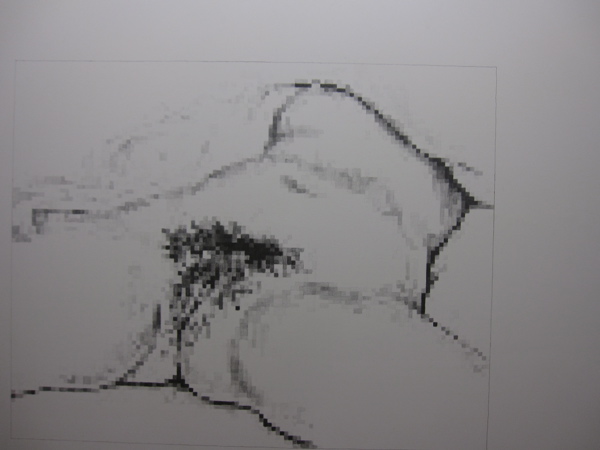 One remembers that Courbet painted L’Origin du Monde as a favor to a private collector, since one enters Ratio 3 to see the now familiar but once shocking shape of proto-porn penciled onto the far wall in a skillful, impressionistic rendering by Amanda Kirkhuff. I was there with Bradford Nordeen, who told me the story of how Courbet’s original was created, and its storied twists and turns till it wound up at its present home at the Musee D’Orsay. What happens now to Kirkhuff’s less robust iteration, now that “Safe Word” has entered memory? Just painted over like so much feminist critique? It was a discomfiting show, and perhaps there could have been more objects in it, and less squalor, but then it wouldn’t have been as somatic, would it.

Also I felt terrible since when I walked in out of the brilliant sunshine I stepped into the darkness of the gallery and my foot fell on the little barky dog of a collector who had left it in the corner like an umbrella. Poor dog seemed to forgive me after awhile but yikes…. 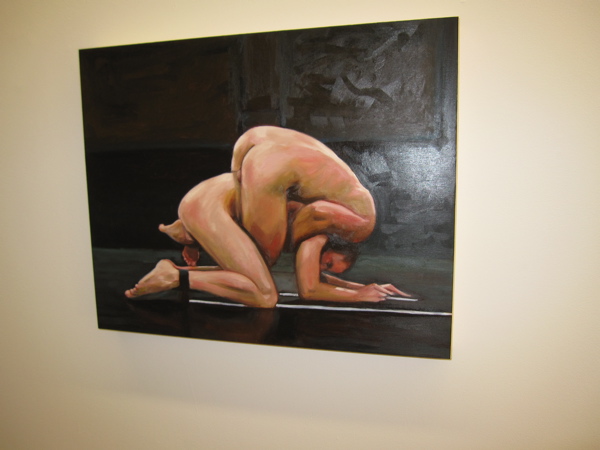 Danny Keith painting. I can’t help myself, I start worrying about their scrotums.