On Bernstein and Art Criticism

Following on Kevin’s post, I have to ask: Just what is Charles Bernstein going on about in that Parkett article (“Is Art Criticism Fifty Years Behind Poetry?”)?

Published earlier this year, his essay responds to the dismissal of Frank O’Hara’s art criticism by Clement Greenberg, and damns by association a “monological and hyperprofessional rigidity that descends from Clement Greenberg (who dismissed O’Hara’s art writing) to Michael Fried and… extends to the October brand, the epitome of, let’s just say, High Orthodoxical art criticism.” Let’s just say. One wonders at the belatedness of Bernstein’s response – and at the fact that the debate has long moved on without him. Greenberg died in 1994, and Fried has focused on art history – and pointedly not criticism – for nearly four decades. (Recent work on Douglas Gordon, Luc Delahaye and others may mark yet another shift for the writer.)

In the meantime, and perhaps ironically, considering Bernstein’s title, Fried’s also been busy writing and publishing books of poetry:  The Next Bend In The Road (University of Chicago 2004), To The Center of the Earth (Farrar, Straus & Giroux, 1995), and Powers (London: The Review, 1973). (A recording of him reading at Johns Hopkins is here.)

I’ll leave it to others to judge Fried’s poetry, and whether it is fifty years ahead or behind his writing on art. I can say more about Bernstein’s picture of art criticism. I barely recognize it. I wonder if Bernstein could point to a single art critic under fifty for whom Greenberg is a positive model – or to any review in the last decade that would serve as an example of the  dominant “High Orthodoxical art criticism” against which he aims to do battle. October themselves held a colloquy to mourn the end of art criticism in the hallowed manner seven years ago (George Baker, “Round Table: The Present Conditions of Art Criticism”, October 100, Spring 2002, 200-228). And there have been multiple publications and articles debating this subject recently – James Elkins frequently visits the subject, for example. None of these discussions appear to be on Bernstein’s radar.

Leaving aside the fact that October publishes primarily art historical, and not art critical, investigations, the journal is hardly as rigid or orthodox as Bernstein’s caricature makes out. (Full disclosure: I’ve published in October, and as an undergrad studied with Hal Foster.) Even a cursory look over “the October brand” will reveal a diversity in method, commitment and approach amongst the principal editors. See the introductions and roundtable that bookend their underrated Art Since 1900, where these substantive differences are discussed explicitly. There is no unity of style or method at October, that is to say. And their self-seriousness is in the eye of the beholder (maybe it’s a design thing). Foster can be cutting and hilarious in his critical mode (Design and Crime, for example, or his writing for New Left Review and London Review of Books). Rosalind Krauss and Annette Michelson have both been quite experimental on occasion, as has current October editor George Baker (“Long Live Daddy”). Perhaps Benjamin Buchloh resembles superficially the “self-serious vanguardist” Bernstein describes. Read closer and Buchloh’s droll half-habitation of a Frankfurt School-derived melancholia comes into better focus, as a kind of deadpan throughout his writing. But maybe it’s too subtle for a poet skimming pages.

Bernstein’s conflation of Greenberg and Fried (whose ideas have important differences) with October (which has rejected their formalistic approach, and which embraces no one “orthodox” method) exposes an ignorance of the field he’s pronouncing upon. Other misrepresentations dot the piece as well. Let me single out one. Bernstein writes that “[James] Meyer, in his introduction to a recent collection of the poetry of Carl Andre, never mentions the word “poetry.”” Carl Andre: Cuts 1959-2004 is not a collection of poems, but of notes, epigrams, statements, letters, excerpts from interviews, and so on, alongside some poetry. Divided up by Meyer, the book includes a chapter titled “Poetry” – based on dialogues between the artist and Hollis Frampton or Reno Odlin – and Meyer does discuss poetry in the introduction where Bernstein says it isn’t mentioned (pages 7-9, for example). Has Bernstein even cracked this book? What’s with the trumped-up offenses and imagined slights? A bullied victim early in the essay, later Poetry becomes heroic. Endowed with the power to “literarily devalue art,” now poetry can rescue innocent artworks from the “Aesthetic System” of villainous historians… like James Meyer. 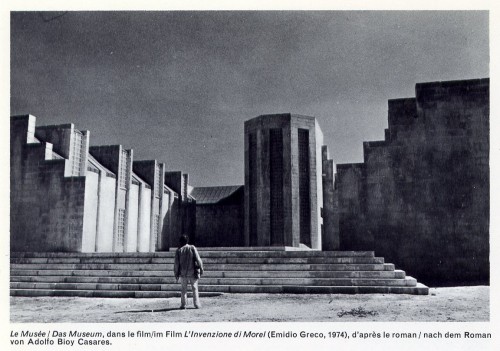 It’s not like there aren’t interesting things to say about criticism today, when disciplinary forms of expertise are so much in question. Art reviews by people with PhDs sit alongside amateur and fan reviews of all sorts. Coverage is shallow (750 words and falling) and nearly ubiquitous. Reviewers are often invested participants in the culture, rather than neutral and critical observers. Reading criticism becomes a game of triangulation, between multiple descriptive reviews with little individual weight (the “metacritic” problem). In this anti-intellectual yet critico-philic universe, “poetic” and subjective criticism is one style among many. Bruce Hainley and Wayne Koestenbaum – two contemporary versions of the poet-critic as I understand it – get as much work as anyone else.

Bernstein’s article touches a nerve for those on a border between the two specialized discourses, poetry and art. As Suzanne Stein wrote to me in a private email yesterday, “What interests me is that here are two highly specialized languages (poetry and poetics, and art and art criticism) that traverse similar ground, are investigated, maintained, evolved by some of the most intelligent people you can ever hope to meet – and never the twain shall meet.” Yet in serving up this warmed-over conflict, Bernstein certainly hasn’t brought such a meeting any closer. What a shame.