One on One: Apsara DiQuinzio on Andrea Zittel

Alongside our weekly in-gallery curator “One on One” talks, we post regular ‘one on one’ bits from curators & staff on a particular work or exhibition they’re interested in. Follow the series here. Today’s post is from assistant curator of painting and sculpture Apsara DiQuinzio. 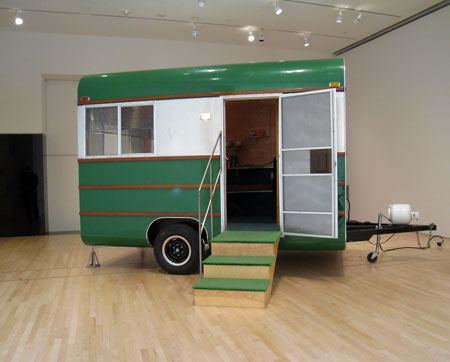 I have a growing obsession for the desert; perhaps it is not even so much about the desert as it is about how art can activate it, both as a place and as a concept. This interest was set in motion while I was doing research on Mai-Thu Perret last summer. The genesis of her project involves a story she wrote called The Crystal Frontier, about a group of young women who abandon their rote, urban lives to form a utopian community in the desert of New Mexico they call New Ponderosa Year Zero. They do this to escape the constraints of capitalism in a phallocentric West. Shortly thereafter, I went to visit Walter De Maria’s The Lightning Field from 1977 (an earthwork that informs Mai-Thu’s ideas) located very close to Ponderosa, New Mexico. There I witnessed how De Maria’s work yields to the sublime, shifting light of the desert and I listened to its engulfing silence. And dare I say it, I also carelessly swung around the stainless steel poles De Maria planted into the dry, crackling New Mexico earth to solicit lightening storms. During my brief stay I was hoping to catch a glimpse of a New Mexican Whiptail—an all-female species of lizard, indigenous to New Mexico and Arizona, that procreates parthenogenetically, laying complete female eggs. But, alas, I saw none.

The photographs of Trevor Paglen—one of our 2008 SECA Art Award recipients—complicates my desert obsession. Paglen takes pictures of covert military operations in the remote depths of the Nevada desert. If my interest in the desert was teetering dangerously on a romantic cliff, then Paglen’s work brought me back down to its hot, dirty reality. His photos identify the potentially horrifying nature of the desert: the atomic explosions conducted there, its occupation by the US military, the severe isolation one endures. Aldous Huxley, the intellectual whose writing inspired the founding of the utopian commune Esalen, also reminds me of the desert’s formidable qualities. In The Desert: Boundlessness and Emptiness, he writes of the desert’s all-consuming nature and the technological incursions of the American military into its vast, invisible spaces—the very subject of Paglen’s work. Huxley’s description is so good, I quote it at length here:

“But the light forgives, the distances forget, and this great crystal of silence, whose base is as large as Europe and whose height, for all practical purposes, is infinite, can coexist with things of a far higher order of discrepancy than canned sentiment or vicarious sport. Jet planes, for example-the stillness is so massive that it can absorb even jet planes. The screaming crash mounts to its intolerable climax and fades again, mounts as another of the monsters rips through the air, and once more diminishes and is gone. But even at the height of the outrage the mind can still remain aware of that which surrounds it, that which preceded and will outlast it.” 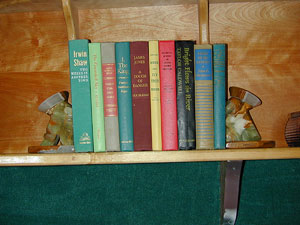 But before Perret and Paglen (and after De Maria), there is Andrea Zittel. I admire Zittel’s independence-her clear, fertile vision. Since 1999, a decade into her practice, Zittel has been mostly living in the California desert, near Joshua Tree National Park, building a highly efficient and well-designed universe for herself and her friends to inhabit-a place where she can experiment. She has named this all-encompassing space A-Z West. With her work my obsession pivots on the practical, sleek, and resolute. Obsessive is perhaps an apt word to describe Zittel’s practice, which seeks to refine human living by developing architectural structures that assume myriad flexible and mobile forms: living units, travel trailer units, wagon stations,  cellular compartment units, and even breeding units. But her project is not limited to architectural objects; it extends to anything functional and useful—anything that could benefit from systemic overhaul and an innovative organizer: uniforms, billboards, office spaces, carpet, furniture, food, and all kinds of different containers. Her solution-oriented experiments propose new models for the varied circumstances one encounters in life. And rather than insisting upon a homogenous style, she often invites her friends to modify their units to suit their own needs and aesthetic preferences.

Again, Zittel makes me think of Huxley when he observes, “The desert can drive men mad, but it can also help them to become supremely sane. The enormous drafts of emptiness and silence prescribed by the eremites are safe medicine only for a few exceptional souls.” I think Huxley would consider Zittel an exceptional soul, and although he did not live long enough to witness her work (she was born two years after he died), I am pretty certain he would have loved it. 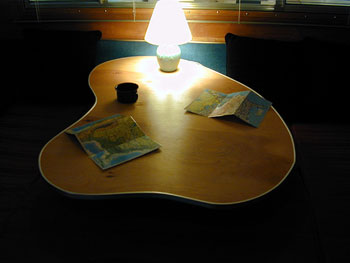 Zittel’s engrossing objects should be experienced in the desert, but for those of you not quite ready to relinquish your urban roots, or not able to travel the distance, you can come glimpse a small sampling of her world at SFMOMA with Travel Trailer Unit (1995), currently on view in our fifth floor galleries, and originally commissioned for her 1995 solo exhibition at SFMOMA, New Work: Andrea Zittel. You can hear me speak this Thursday at 6:30 pm about Zittel and this work, and you can find out more about her at andrea zittel’s a-z.

I will continue to nurture my art-mediated obsession next month when I go back to the desert. This time to Utah, to visit Nancy Holt’s Sun Tunnels (1973-76) and Robert Smithson’s Spiral Jetty (1970). Next stop,  Zittel’s High Desert Test Site. To be continued…