Dispatch from Alabama #2: Build It and (Maybe) They Will Come

This is what one of my fellow Project M advisors said to me during one of the Saturday critiques, and while I celebrated in my previous post the overflowing idealism that I and others have experienced here in Hale County, I could sympathize with this angry sentiment, too. The social aspect of the work being created here that provides much of the excitement in students and visitors alike can also be its biggest stumbling block. Reaching out to a community means embracing the idiosyncracies and conflicts, not just the potential. And that community will often push back, sometimes inadvertently and sometimes very intentionally.

In 2007, Project M students created the Buy A Meter campaign, anchored by a tabloid promo, that ended up raising over $40,000 to subsidize the purchase and installation of water meters for poor (primarily African-American) rural families that previously had no access to clean water. One spread, though, soon raised the ire of the white establishment in Greensboro, who felt the words implied that they, personally, were depriving these less fortunate of access to water, which (technically) was not true. By this point, the students had already left Alabama so the diplomacy fell to Pam Dorr, the director of HERO Housing Resource Center, to negotiate the resultant firestorm. Pam is a tireless advocate on behalf of the less fortunate in Hale County, and is the fulcrum for most of the Rural Studio and Project M endeavors. Without her, very little of this so-called “design for social good” would ever get off the ground. 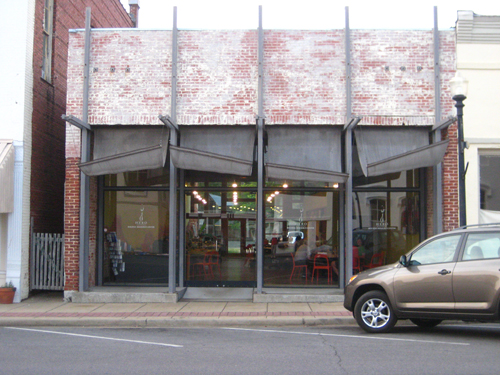 HERO in Greensboro. Where the magic happens.

Things were eventually smoothed over, but this incident highlights the roadblocks of trying to affect social change in Greensboro and its outlying areas. The white establishment here owns much of the Main Street property and would rather let it remain uninhabited, if not crumble, than sell to blacks or outsiders. Most schools and churches are segregated along race lines, creationism and abstinence sex-ed are de rigeur in the classroom, the prevalence of teenage pregnancy is undeterred by the threat of expulsion and community ostracism. Attempts at using design to soften these sharp edges succeed marginally at best, and fail miserably just as often. The Rural Studio designed the series of baseball diamonds that make up Lions Park with the hope that racially integrated teams would play there. When the white coaches wouldn’t play the black players, the African American community decamped to a different location and assembled their own rosters. An initial Boys and Girls Club structure in nearby Akron has never opened because the lot’s owner balked at the last minute, while a second one across the street sits idle due to lack of funds. One can only hope the skateboard park currently under construction adjacent to the Lions Park baseball fields will fare better. 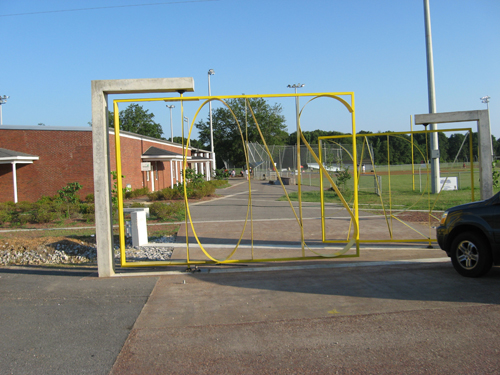 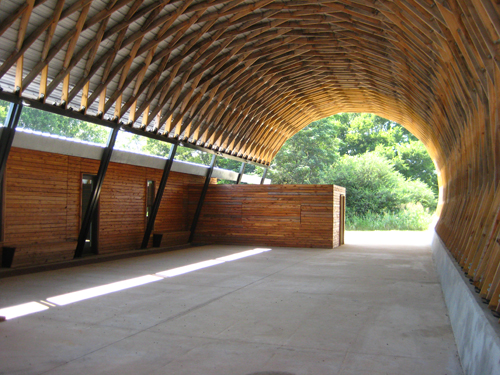 These failures do not diminish the formal design accomplishments of either project, but they do reinforce the notion that these works, with all their good intentions, are molded more by the communities that absorb them than the other way around. In our design publications and discussion forums, we evaluate and laud work in primarily formal vacuums. Documentation of architecture is usually devoid of the people who might occupy or use it. Design is usually shown within empty white environments. Meanwhile, the resulting outcomes of the work barely warrant a footnote in the accompanying project descriptions. These aforementioned Rural Studio projects beg the question, if we build it—build it beautifully—and nobody comes, is this really cause for celebration?