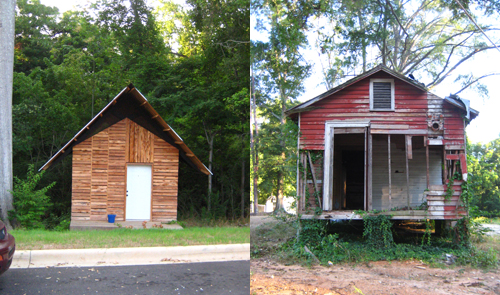 Not a before/after comparison, but two homes on the same block in Greensboro, Alabama. One designed and built for $20,000 by Rural Studio students, the other abandoned.

Listening to a drawl-infected conversation about the manufacture of assault rifles on the plane from Denver to Birmingham yesterday, I was reminded that San Francisco, filled to the brim with cultivating distractions and multi-cultural mélange, is the exception not the rule in our country. The arts flourish in our urban centers and those of us drawn to the creative way of life flock to these cities to join this club that energizes and sustains us. So how do a bunch of artists, designers and filmmakers apply their talents in a place like Greensboro, Alabama?

I purposely leave out architects because Hale County is the home of the The Rural Studio, the program founded by the late Samuel Mockbee, where second and fifth-year architecture students from the University of Auburn conceive, fund (whether through grants, re-use of discarded materials or their own talents of persuasion), and build structures for the rural poor in the area. Founded in 1993, the program has since created over 80 separate homes and community projects in Hale, Perry and Marengo counties. What separates the Rural Studio from similar initiatives, is the focus is still on designing beautiful, provocative architecture. Beauty and utility rarely synthesize as effectively as in these student-generated works. What Mockbee’s vision also illuminates, though, is that marginalized communities deserve and are enriched as much by the work of artists and designers as our sparkling urban ones (if not more so). The paradox is so few of us take the opportunity to abandon our comforting bubbles and apply our skills towards life on the furthest edges of our peripheral vision that might need them most.

I’m here to advise the students of Project M, a program created by John Bielenberg, who was inspired by the Rural Studio program to create a similar forum for young designers, writers, and filmmakers. What’s striking about being here in Greensboro with these students (as I build layer upon layer of dried perspiration shuttling from place to place in the 100 degree heat), is how quickly my creative mindset shifts from worrying about the conceptual and visual, to what my work can do, what actions it might facilitate. It’s not that the surroundings are unappealing. I’m staying in an old, stately plantation house that sits back off the road encircled by deep green grass and leafy oak trees, and Main Street is littered with small storefronts that invoke the nostalgia of the smalltown rural America in which I grew up. Greensboro looks amazingly unchanged since Walker Evans documented the town for the WPA in 1936, some of the images later appearing in his collaboration with James Agee, Let Us Now Praise Famous Men. But with poverty lurking around every corner and a muted sparseness of everyday interaction so unlike the cramped bustle of a large city, there is this urge to use creativity to reglue the community back together. Issues of aesthetics not tied to social intent suddenly feel pointless.The visual still matters, but ceases to become the work’s main purpose for being. 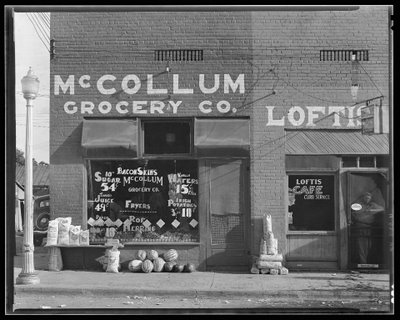 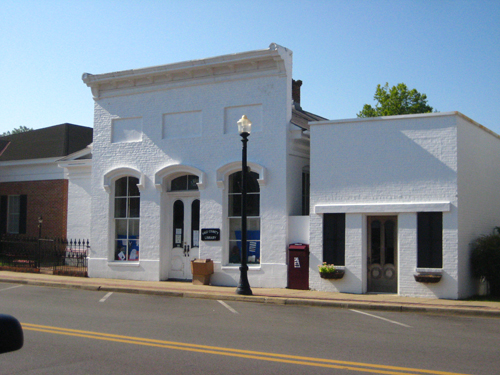 If this sounds overly idealistic, well, it is. The magic of being here with young students in a community that still has enough of a blank slate to fill through inspired imagination comes from the remarkably cynicism-free environment. Living in what seems like a post-post-post everything culture, where discussion around art and design can often feel circuitous and insular, the purist notions of doing good that characterize these neophyte creatives’ ideas is more refreshing than the air conditioning in my plantation house room. Sweating profusely through multiple t-shirts in one day never felt so worth it.

(Tomorrow: The specific projects and the roadblocks along the way.)