On ‘Picasso and Truth’

Over the last couple months, art historian T.J. Clark has presented a series of lectures at the National Gallery of Art, as part of the prestigious A.W. Mellon Lectures in the Fine Arts. Titled collectively “Picasso and Truth,” the six lectures each take on Picasso’s career in the 1920s and 30s: a curious period between the so-called retour à l’ordre of the early 20s and his painting of Guernica in 1937. The National Gallery has been posting their recordings of the lectures on their website (you can find them all here for the moment), and of course they are spellbinding thing to follow, even without the weird, and weirdly affecting, paintings around which his argument circles. 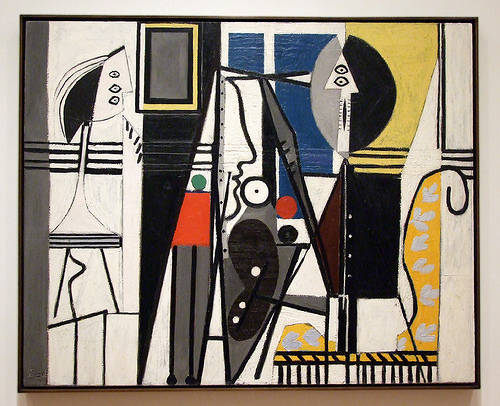 Clark aims to “extract the work [Picasso] did from the horrible penumbra of gossip and hero worship that surrounds it,” and present a clear-eyed account of the paintings and their development. If the lectures are diminished by losing their visual aspect, they retain Clark’s powerful picture of history, and his attentive observation of pictures. Nietzsche is one great adversary in the lectures; what also becomes clear is the importance to Picasso, and to Clark, of ideas about space.

In Clark’s argument I hear echoes of, and arguments with, French sociologist and philosopher Henri Lefebvre. For Lefebvre, Picasso’s machinelike paintings around 1910 were the first, shattering look at what space would be in the 20th century. “They set about this work of breaking and dislocating with a will,” Lefebvre writes in The Production of Space. “Once the rift between subject and object had been opened, there were no limits.” The later works register something different, Clark argues: Picasso’s mourning for and resistance to the end of a kind of 19th century conception of space, a way of being in the world, possessing it, belonging to it and being inside it. 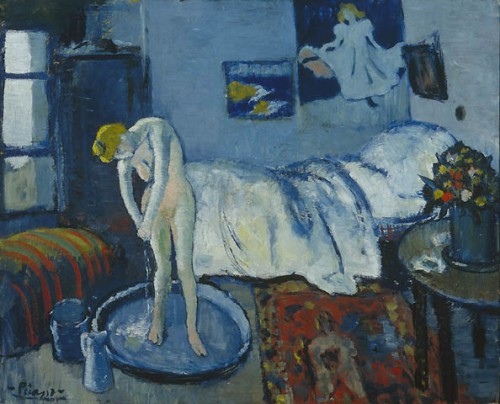 The Blue Room, 1901, (it’s in the Phillips Collection in Washington) is Clark’s totem for this sort of relationship to space, its particular pleasures and vulnerabilities. “It will be a question whether the space of belonging survives at all,” Clark warns, early on in the first lecture. “The bed, the body, the window, the cheap carpet, the corner of a wall: they are what space is for Picasso. They are what he cares for and wants to show resisting the worst the new age can do.”

These lectures are essential listening for anyone who cares about modernism, theories of space, or the history of art. Thanks, by the way, to Erica Levin for pointing me to the recordings, and the Lefebvre connection.