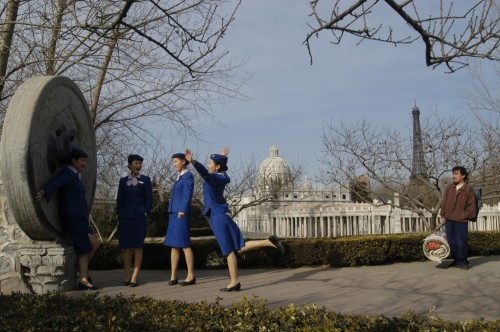 This is what it is to be an art historian sometimes. San Francisco is not on my mind. But perhaps this is one version of this city: periods of privacy and labor, thinking, writing, watching movies and dreaming of other places. Wallace Berman was never more himself than when he was making work and listening to “Baby Love” thirty times in a row. These introversions are then punctuated by spells of sociability and coalescence, when everything seems to be charged and happening. Presence is differential if it is anything. It is invisible and unspeakable if it is constant.

My best conversations of late, both in class and among friends, have been about cinema. And so I find myself wanting to talk here about movies. Not so much the movies on view in theaters – less and less is that how I see anything, there just isn’t the time – but films passed along to me by friends, watched on planes or in hotel rooms.

I was advising this semester a masters’ thesis on the subject of modernization, documentary and realism in contemporary China. The writer, Xiaoyu Weng, discussed paintings by Liu Xiaodong and the film Dong (2006) by the director Jia Zhang Ke, to argue that the concept of reality has become seriously troubled in a spectacle-obsessed Chinese culture. Intrigued by her ideas I have been making my own way through Jia’s filmography, with The World (2004) – the director’s mordant survey of the World Park in Beijing – being of particular fascination. Listless attendants kill time in the wings of the gesamtkunstwerk; time moves with a wonderfully deranged slowness. “In China we have a saying,” Jia told Senses of Cinema, “‘A day is as long as a year.’ In fact a day might well be longer than a year, or a day could actually be a year.” 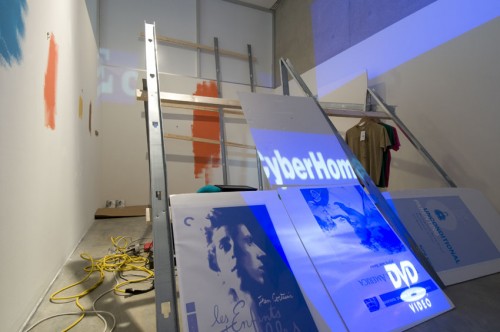 In New York in April, the artist Fia Backström described a project she’d done for the Contemporary Art Museum St. Louis, called Studies in Leadership (a family affair) (2009), which was partly inspired by the film Symbiopsychotaxiplasm: Take One (1968). The director, William Greaves – whose position Backström adopted in Saint Louis – set up a confounding improvisatory system of multiple cameras and crews, with himself as a kind of absent presence at the center of things. 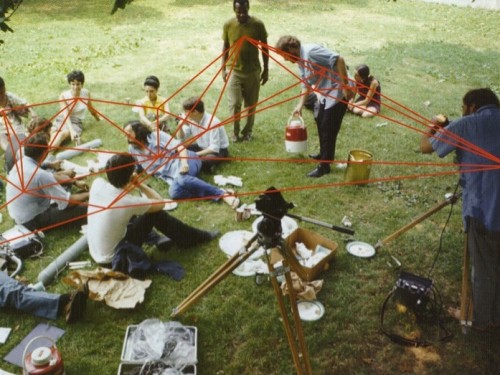 From Greaves’ personal notes, reproduced in Criterion’s booklet: “Refuse to give a total explanation of the film! After all, it is impossible anyway, due to its complexity.” “Rumors of unrest and revolution in the crew should develop,” he continues, “should lead to encounters with the director.”  The resulting film is a hilarious and touching poem about misbehavior and social organization, in a situation where authority refuses its own conditions. It’s certainly instructive for anyone who works as a teacher or curator, or anyone whose quixotic job is getting anyone else to do anything.