Matt Keegan’s current show at the new Altman Siegel gallery at 49 Geary Street in San Francisco is smart, stylish, and very sweet.  The artist is intimately concerned with words and frames, how language shapes the context for perception, how social control hammers away at the psyche in the service of a skeletal hegemony.  Here his themes are postcards and calendars, which turn out to be mysterious enough to fill two good sized rooms.  Postcards and calendars: I’ve used them my whole life and never really bothered to think about them, but that’s like telling Peter Carl Faberge “I’ve had an egg for breakfast for the past 40 years but you, Mr. Faberge!”  (Indeed Matt Keegan, with his painstaking construction of multiple frames and perspectives, might have found lifelong employment in the House of Faberge in Romanov times, he might have done a beautiful one for the day Meryl Streep was presented to court.).  I went to the intensely crowded opening — so many young people there!  Keegan is one of the artists in the current, divisive “The Generation: Younger than Jesus” show at New York ‘s New Museum, where all the artists have to be 33 or under—33 being the age of Christ when he was crucified or whatever.  In person Keegan (born 1976) is an amiable, in fact adorable, tall young man with a wide smile and just the slightest touch of a twitch in his fingers — the sort of boy who’s always up to something, one with the suburban gleam of those, like I, born on Long Island’s North Shore where, as the Elizabethan dramatist says, “Like will to like.” 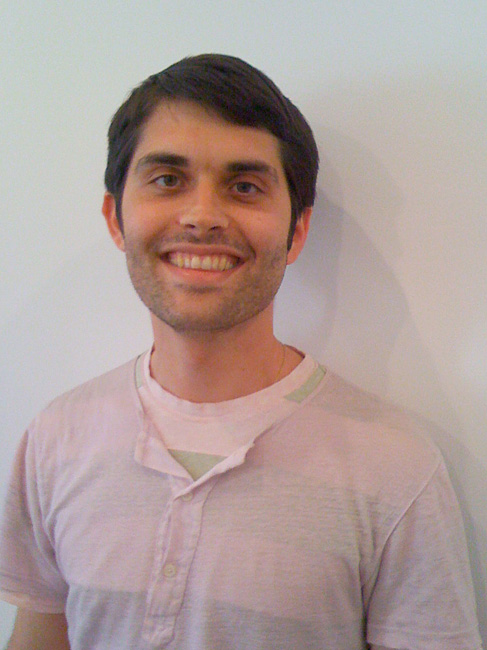 Is Keegan a photographer or what?  But that was my old fashioned way of thinking of things in categories.  The longer I stayed and looked at the work, the more I could see that Keegan might be more accurately spoken of as a conceptualist.  I could tell by the frames, the beautiful white frames, hung in different, cryptically devised distances from the gallery floor, the way Anne Collier’s pictures show at Marc Foxx.  The invitation itself was another clue — it is a large, foldout replica of the memory drawings our local hero Colter Jacobsen made for the ongoing Passengers show at the Wattis Institute — twelve drawings in all, each done by memory, of an idyllic riverbank scene copied from an elusive original.  In its new iteration, Jacobsen (b. 1975) has reinvented these twelve images into a calendar by dropping the typical abstract box of lines and dates under each image and labeling it with a month — not the months we’re used to, but months drawn from the names of rivers in a poem by Jason Morris, one of the most talented of San Francisco’s younger poets (b, 1977).  It’s a rare artist who puts the work of another artist onto the poster for his own show.

A roomful of vintage calendars hangs, each protected by Plexiglas, calendars borrowed from the local Gay and Lesbian Historical Society.  These are pretty amazing, whether they were once intended for the walls of gay-owned businesses, or for private use only. 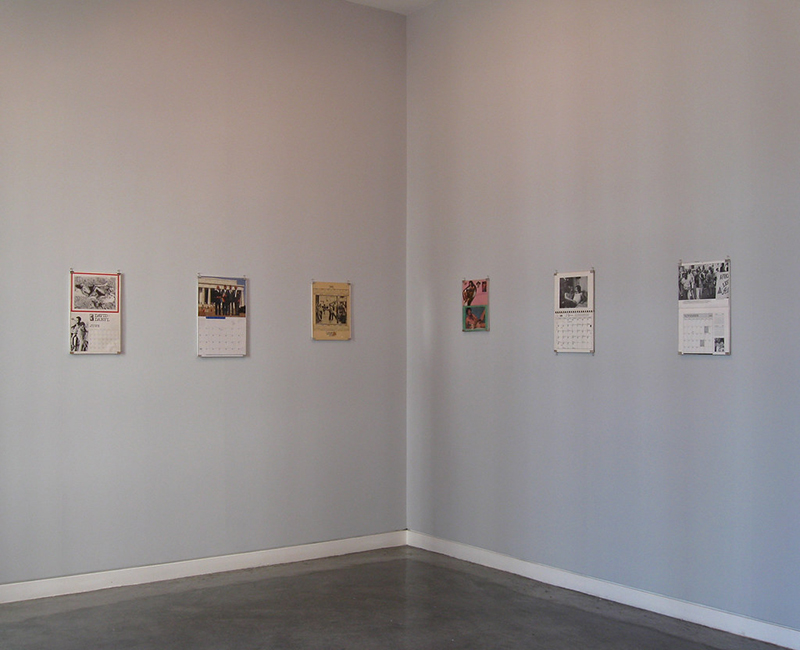 Our favorite was the handmade one on the wall furthest from the street — looked like I might have made it, mad about nude gay men, cutting them out en silhouette and wheat pasted on colored paper, and then the challenge, to make the calendar that was the ostensible excuse for such display, and I was so high from the glue I pretty much forgot how to complete that grid of the days for who really cares what day it is anyhow, it’s the 1970s! 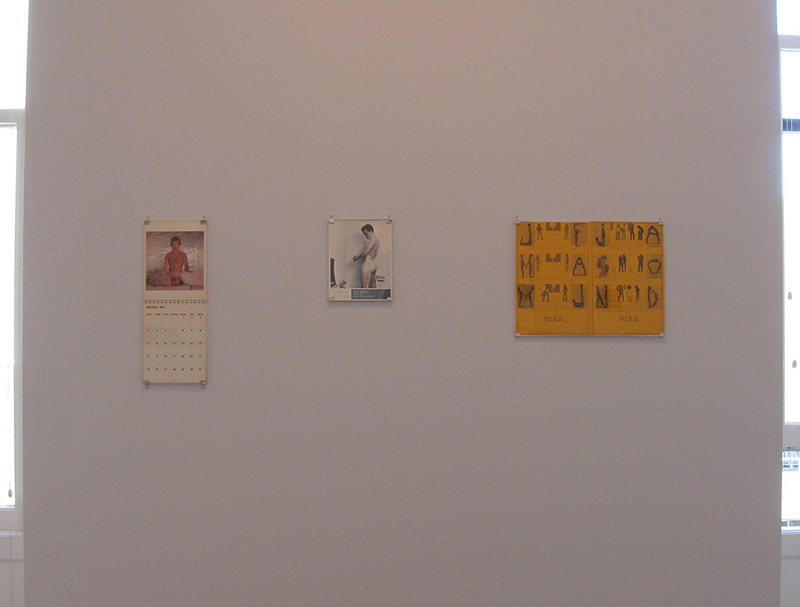 Randy Stick on the left, acrobatic alphabet boys on right.

Another surreal one is the one with the two naked guys photographer in profile who, with their highly toned bodies, collapse themselves into the letter “A,” insinuate into the letter “S,” flagpole themselves as “F,” all the letters that begin the twelve months.  Outsider art of the best kind, totally prayerful and succinct.  On our way out we heard one fellow talk about the 1970s and how he knew the calendar model with the enormous white cock.  “His name was Randy Stick, and what a name to live up to, but somehow he managed.”

Then when I got home I looked at Facebook and my friend, the brilliant Toronto conceptualist Derek McCormack, had left a message on his status bar.  “My life has killed the dream I dreamed.”  Instantly I took this as a reference to the UK pop sensation, Susan Boyle, the ungainly, giggly Scotswoman whose appearance on a BBC talent show has been, for the past two weeks, seen by more people than ever watched anything anywhere,

This clip has been hailed as the most inspiring ever aired, and I was skeptical at first, then I succumbed.  You’ve all seen it, you know how mean the audience and judges are to her, then she opens her mouth and they all swoon over, flabbergasted. 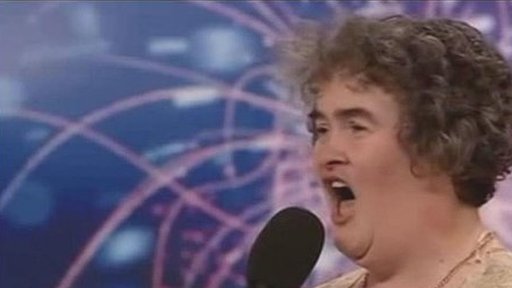 “There are dreams that cannot be, and there are storms we cannot weather”

It didn’t take me — let’s see — four minutes into it before I felt tears welling up, and the same with my subsequent 463 viewings.  I guess you don’t have to be plain, unattractive, brain damaged, or heavyset to identify with the subject position of the singer in this number.  You don’t even have be wearing a number pasted across your chest.  “I had a dream my life would be so different from this hell I‘m living.”  I’m not discounting the angst of those younger than Jesus, but in San Francisco, at least, all you have to do is to live past 35 and in a certain sense, hell looms out of every windowpane.