Our regular feature, “Collection Rotation“. A local guest organizes a mini-exhibition from our collections pages online. Today’s guest is CHUCK MOBLEY, curator at San Francisco Camerawork, right next door.  Almost all the musical guests have local connections to SF. Pictures link back to collection pages. Thanks Chuck!
An imaginary studio apartment in The Tenderloin in two inadequate descriptive systems

The SFMOMA collections website interface is like a store, but better. It’s like a thrift store where you never know what you’ll find. Surprise makes shopping fun! This is partly why if I ever have to shop I shop at Goodwill or online. So, basically I just went shopping for my apartment in the Tenderloin by looking up items tagged “functional,” though I did pick some inessentials as well, mostly for inspiration. In these inflationary times it’s better to just imagine shopping than to actually shop. I only chose very practical things because I’m a very pragmatic person. Also, since my neighborhood has not been gentrified, I tried not to be too conspicuous in my imagined consumption. I chose stuff that doesn’t look like it’s worth much or that I can hide in my pocket easily.

As for the song pairings, I’d like to think they’re self-evident so I won’t go into that. However, I’ve included links for each band in case anyone is interested. 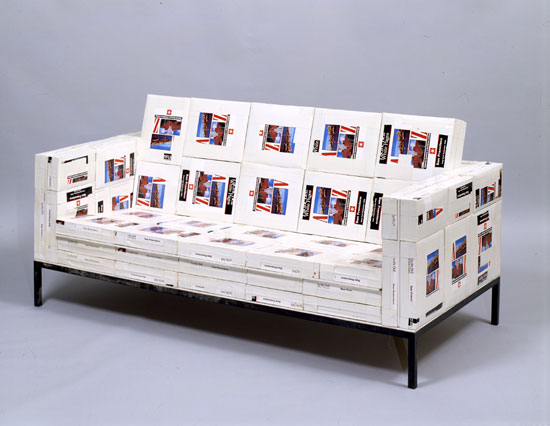 I like the way Tom Sachs thinks. I returned home from work the other day to find a gigantic phone book outside my door and I thought to myself with some disgust: “Who uses these anymore?” This artist clearly knows it’s good to recycle useless stuff! Plus it’s better to have knock-offs than the real thing: if there’s a fire or some kind of catastrophe you wouldn’t feel terrible about this burning up because you could just make a new one.

The Size Queens’ songs are all part of the Our Literal Speed soundtrack. See also: myspace.com/thesizequeensband 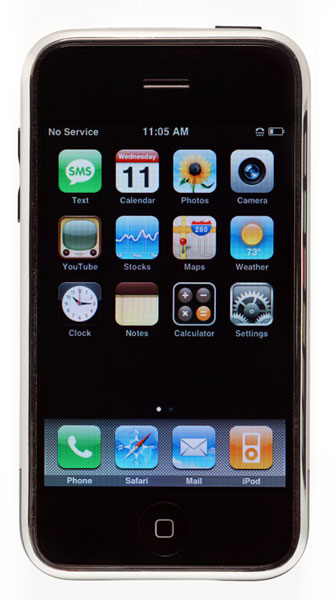 Funny, all this time I thought Steve Jobs did everything at Apple. Well, I stand corrected! I recently decided that I’d prefer to have one of my legs chopped off and my laptop stolen than ever lose my iPhone. In fact, the only thing better than having 2 iPhones (and a choice of service providers so maybe I could get reception in my office which is right next to SFMOMA!) would be to have Yoko Ono call me. (Yoko, in case you’re reading this, my number is: 415.205.0977)

Telephone Piece can be found on the compilation Ono Box, see also: myspace.com/officialyokoono 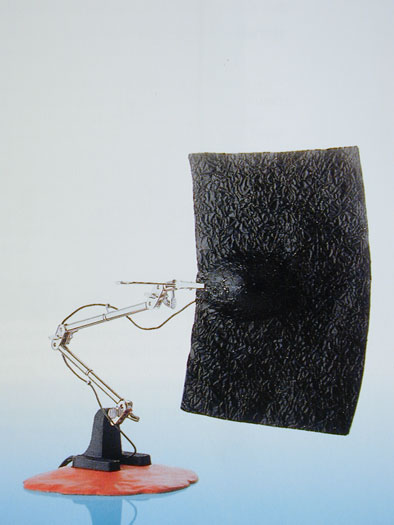 I don’t even care if this lamp works or if it’s just a conceptual lamp. Besides, I’ve got my iPhone and the light in my refrigerator works so I don’t really need lamps anymore, except conceptually.

I imagine this would be very useful for the Red Cross. It’s too bad SFMOMA didn’t buy the one that makes into a tent underneath. I could probably really use something like that in the event of an earthquake.
The Helen Lundy Trio produced one self-titled disc that can be easily found and purchased online from your preferred music provider. 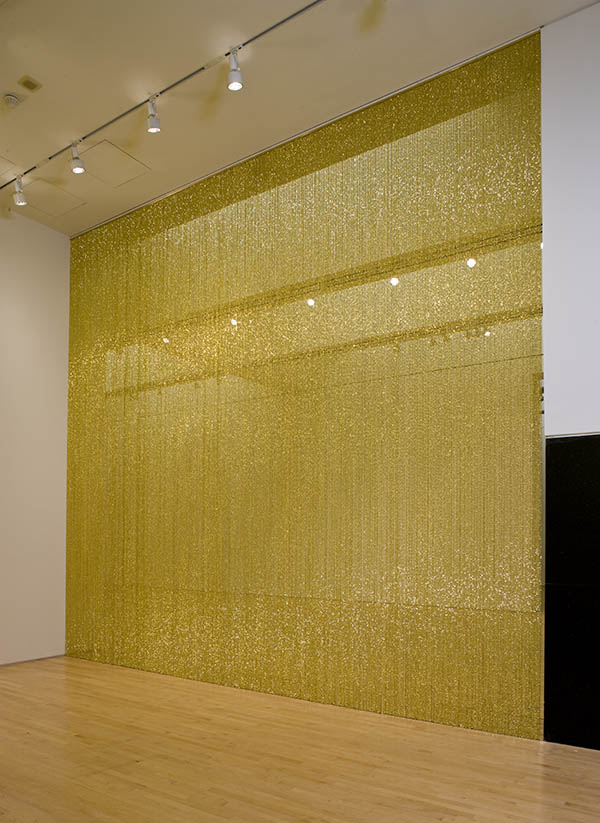 Felix Gonzalez-Torres, Untitled [Golden], 1997
My Lover is a Body Artist, by The Size Queens

Everybody needs curtains so why not have glamorous curtains! 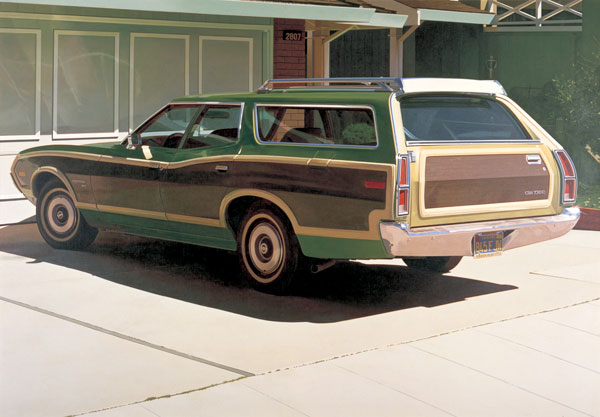 Just having a painting of a car is way easier than trying to find parking for an actual car in my neighborhood! I could look at it and imagine the sweet taste of freedom that owning a car must convey. Though honestly, I like walking everywhere.

This is my one concession to artist friends that visit. It would alleviate the embarrassment of not having any of their work on my walls. I could just tell them that I gave all of their art to a museum and justify that by adding, “I only collect stuff by unknown people because everyone knows the good junk really belongs in a museum, not in someone’s apartment.” Its dual purpose would be to serve as a welcoming source of comfort to all of my so-called criminal friends (shoplifters, sex workers, drug dealers, activists, performance artists). I can picture them dropping by, seeing this and feeling right at home!
http://www.myspace.com/bobfrankandjohnmurry 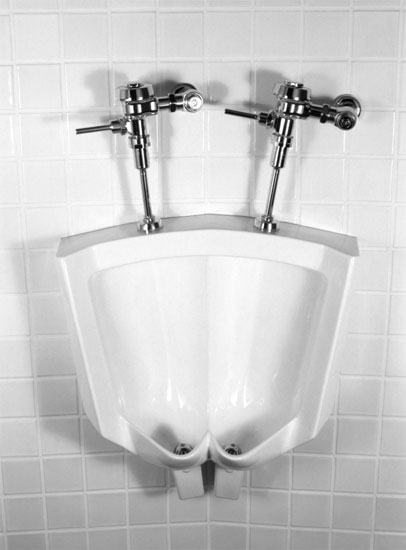 This could be fun (and practical) on a night with sleepovers! 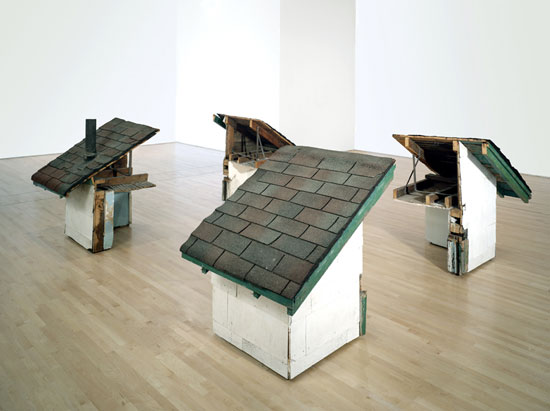 This piece could serve as a reminder of many things. Namely that I am grateful for rent control, but also of what could have been but was never meant to be: love relationships fall apart; the security provided by homes is tenuous (if you can afford one); being good at architectural drafting in school probably doesn’t mean much if it was before there were computers; maybe all the foreclosed houses could be cut up, downsized, and passed around to the homeless.
www.neubauten.org 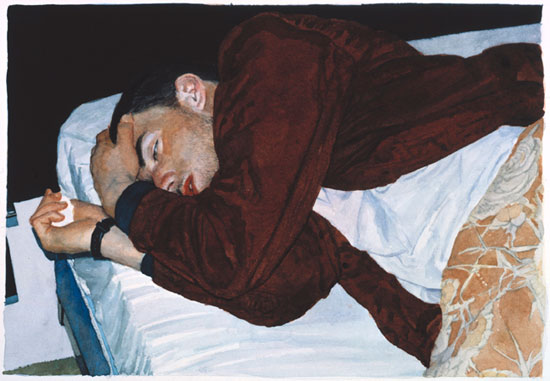 Tim Gardner, Untitled [Ryan in Bed], 2002
Is This What Sleep Looks Like, by Oxbow

I really like sleeping, but mostly in theory, so I didn’t look for a bed. Sleeping is such a time suck. Dreaming is better and it’s free!

——————–
Chuck Mobley is curator for San Francisco Camerawork and co-founder of Right Window .