Hi. I’m Megan. I work in the education department and thought I’d introduce myself as I’ll be a semi-regular contributor. I was interviewed here when I co-curated the staff art show, and have already written a little for the blog. It’s a pleasure to meet you. 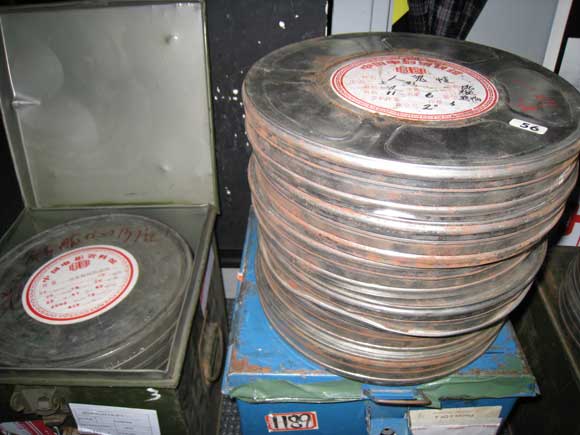 We have a new film series on this month, Rediscovering the Fourth Generation, which includes four films from the post-Mao era in China. Gina Basso, our public programs associate, has been coordinating this series since July, working closely with a distributor in China to make sure the films got here on time. So when the prints still weren’t here a week before the first screening, and Gina couldn’t get her Chinese contact on the phone, everyone started to worry. As it turns out, it was Golden Week in China, EVERYONE was on holiday, and we had no way of knowing if the films would turn up. 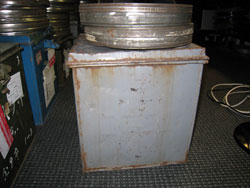 After a few frantic days on the phone, we located the prints at SFO and had them rushed over, however by this time it was only one day before the first screening. Paul Clipson, our projectionist extraordinaire, generally has a week to look through the films, checking the prints to make sure they’re in good condition and learning each film’s personality. Last week he just had a day. To add panic to panic, the four films arrived in SIX boxes, sealed with thick metal wire, which Paul had to cut open with wire cutters. Those six boxes revealed over forty short reels, meaning that each film was divided up into at least ten sections which, of course, were all labeled in Mandarin. Paul spent the day matching Mandarin characters to each other in order to put each film together.

When I got a chance to see the prints and shipping materials I was fascinated by their personality and how tactile they were. Growing up in the digital age, I haven’t had much opportunity to see real film, especially real film in real canisters that have just traveled across the globe. The steel boxes and canisters are a reminder of the tangible and human aspect of film. 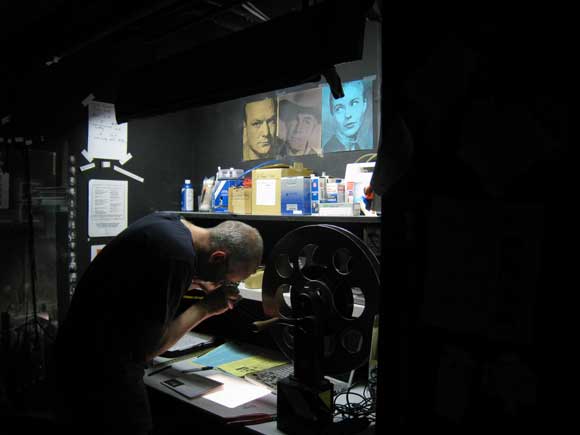 Paul Clipson, checking the reels for subtitles. Not all the films seemed to have them.

On Saturday Rick Danielson and Brecht Andersch, our projectionists for the day, arrived. I felt a wave of relief as the first scene began. The saga of putting together this film series reminds me that, as Paul put it, “Art isn’t convenient. The impracticality is part of its magic.”