Our regular feature, “Collection Rotation“. Once a month I invite a local guest to organize lists, groupings, or ‘exhibitions’ from our permanent collection. Our fabulous guest this month is Carson Bell, Curatorial Specialist at the California Library of Natural Sounds, at the Oakland Museum. Wait til you see/hear what he’s done for you! He includes notes about his selections along the way. Thank you, Carson!

LINER NOTES: When I was four years old I picked up the wonderfully colored and detailed Sgt. Pepper’s Lonely Hearts Club Band album from my parent’s record collection and stared at the cover. My tiny hands fumbled as I flipped the record over and over, playing it for hours on end. Since that moment the relationship between sound and image has played an important role in my life.

The chance to pair works from the impressive SFMOMA collection with audio recordings from the California Library of Natural Sounds is incredibly exciting for me. While recording music or ambient sounds I am constantly visualizing cinematic images to accompany the audio. The following Collection Rotation is my attempt to use works of art as album covers for my ‘7″-singles collection’ of sounds from the natural world. 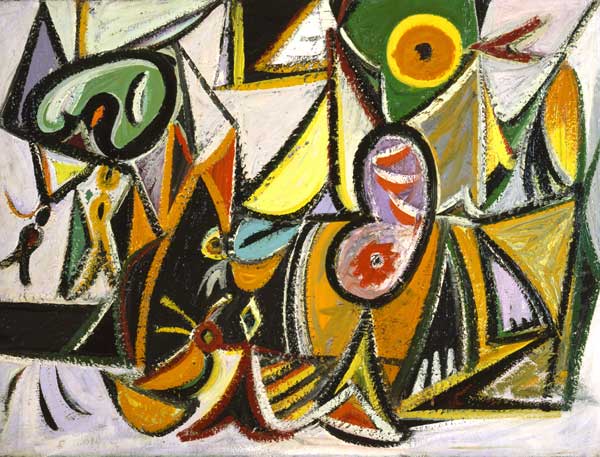 This haunting image of Man Ray’s Untitled (Rayograph) seems to buzz like the strange electronic sound made by the Varied Thrush. The Thrush produces sounds from a divided vocal box, or syrinx, which is separated into two chambers. The birds can control each side separately. 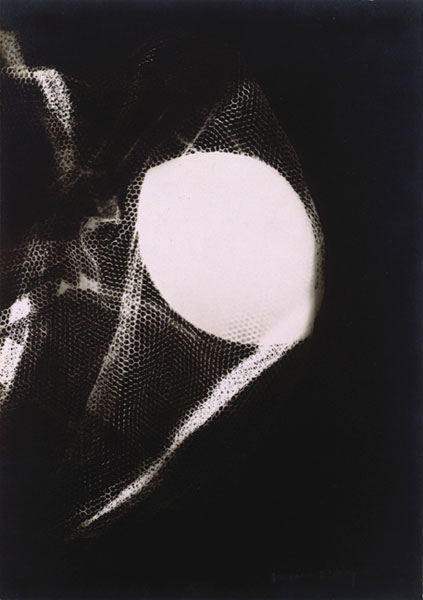 Ruge’s parachute photo gives the viewer a spectacular view of flight, much like a male red-tailed hawk. The hawk will go into a sudden, steep nosedive during his courtship display, while making a raspy cry. Each expresses its movement with dramatic effect. 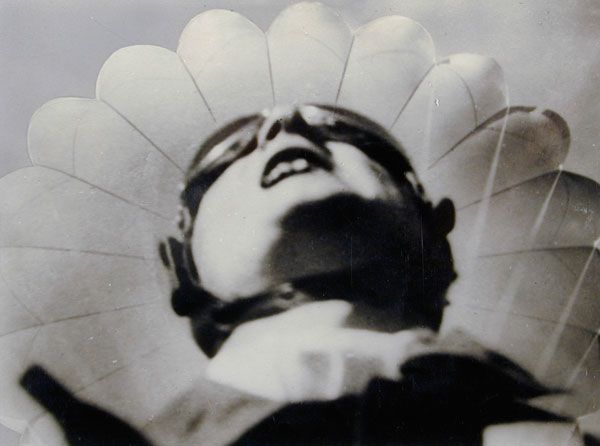 Peregrine Falcons have been known to nest on man-made structures like bridges. Two of the most famous Peregrines, George and Gracie, chose to nest on the Bay Bridge in 2007. 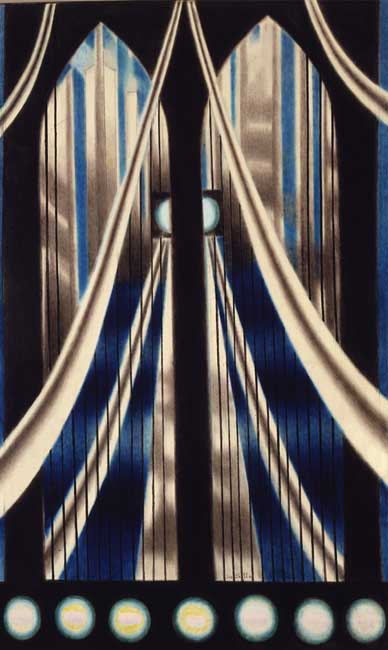 The Hermit Thrush’s song is an echoing, fluty warble that helps the male project his message. The dizzying quality of Sheeler’s Aerial Gyrations instantly reminds me of the Hermit Thrush call. 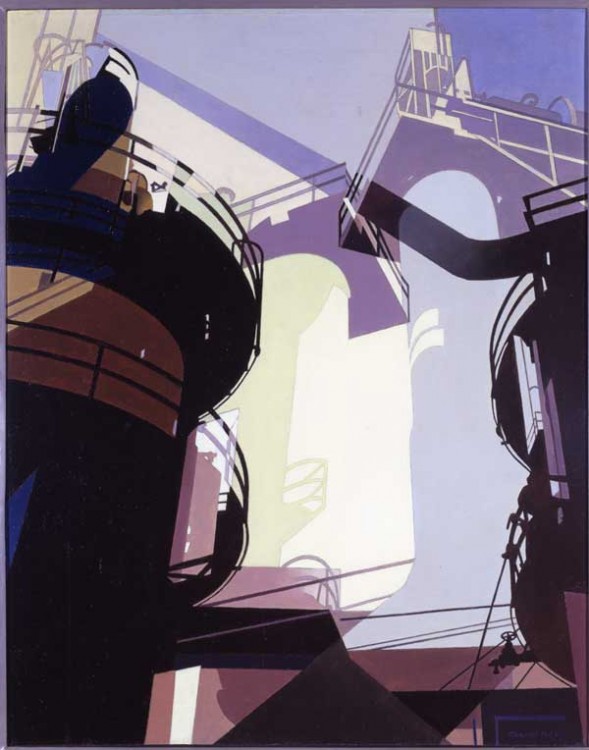 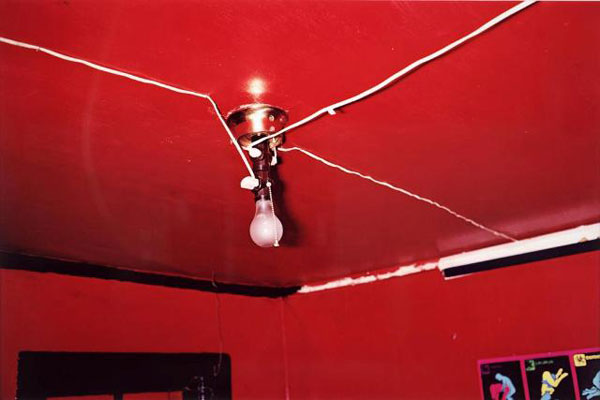 In my opinion, the Lazuli Bunting not only has the best name in the bird world, but is also one of the most striking-looking. Diebenkorn’s Berkeley #57’s wonderful mix of blues and yellows immediately reminds me of the Bunting’s beauty. 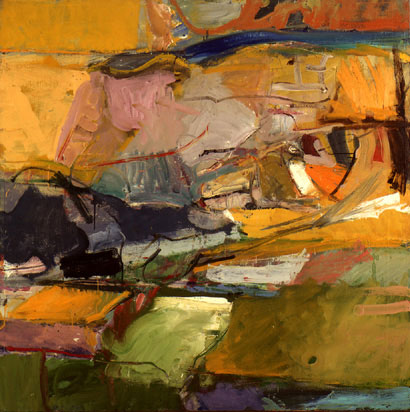 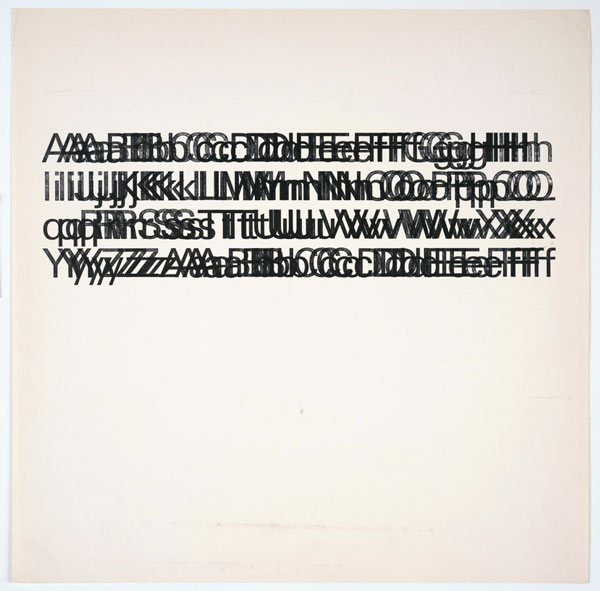 Jack W. Stauffacher, Untitled, from the series, Shifting and Inking, 1967

All recordings © California Library of Natural Sounds and the Oakland Museum of California.