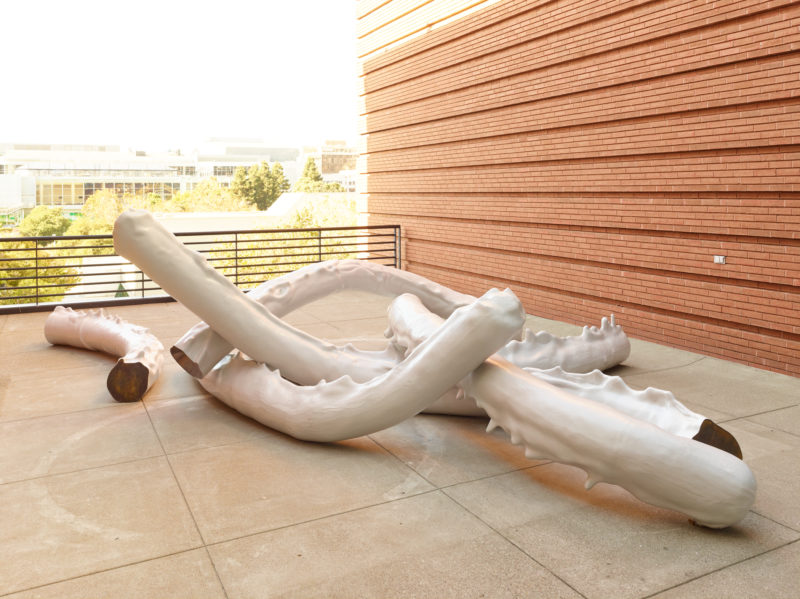 Space. I’ve often thought about it as I’ve walked through SFMOMA. The well-frequented staff doors to the fourth-floor galleries open onto a display of Ellsworth Kelly paintings — those angular, monochrome canvases that take up entire walls. Five floors down, on the museum’s “lower level,” or basement, is the library — a windowless lounge for mental escapism from the cubicle-laden staff offices on floors eight, nine, and ten. My favorite space at the museum is a small one: the Paul Klee gallery, off the second-floor permanent collection, is the perfect scale for viewing works on paper by the late artist. It is also where junior curators organize exhibitions placing Klee’s art in conversation with the art of others. The possibilities for experimentation and new ideas, and the phenomenological encouragement for close looking, make the room feel like the museum’s attic of treasures. 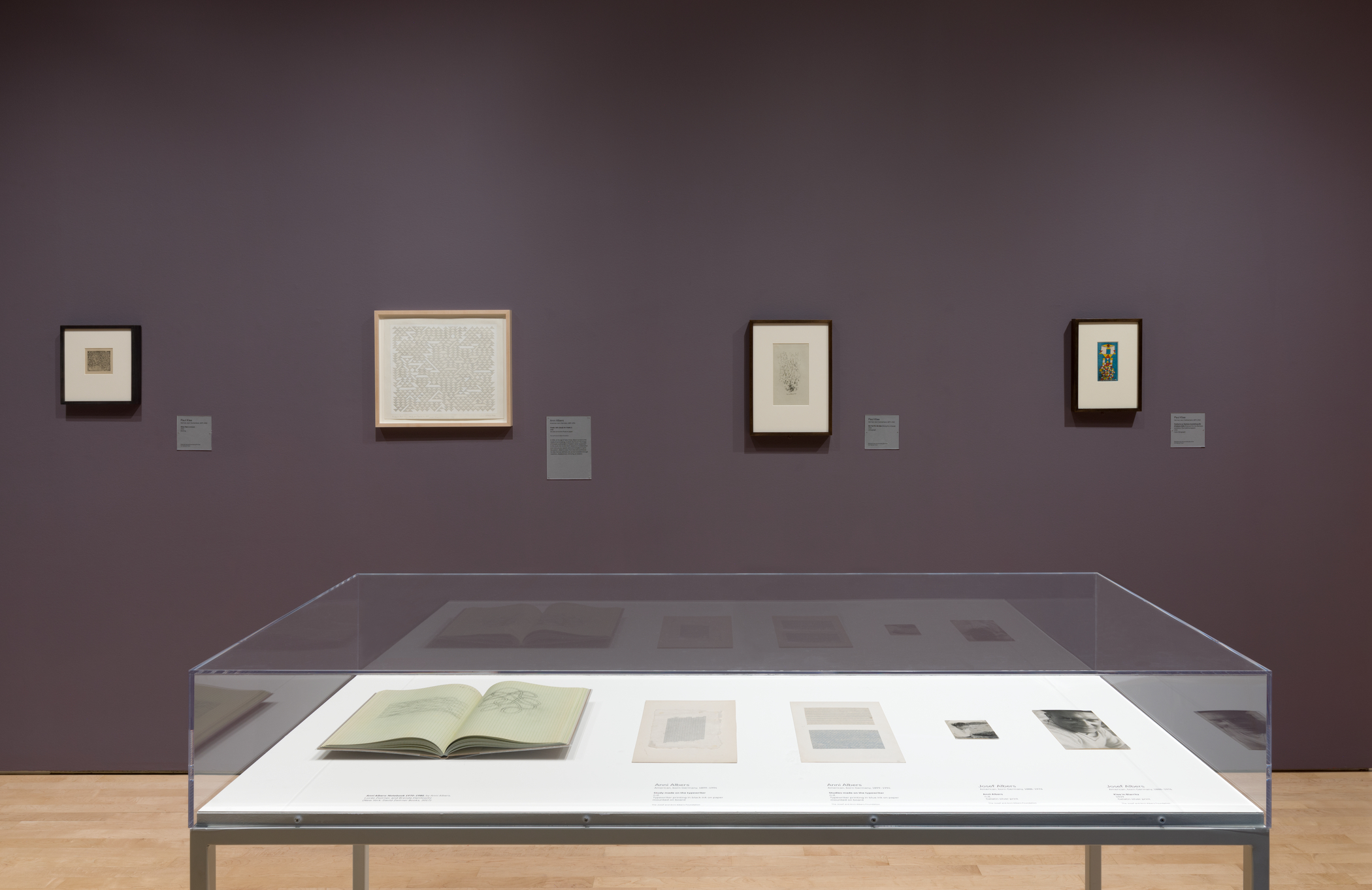 As I write this from my kitchen table, Nairy Baghramian’s sculpture Beliebte Stellen/Privileged Points (2017) sits on the outdoor terrace off the fourth-floor galleries. Originally installed for the exhibition SOFT POWER in October of 2019, the six bronze, serpentine-shaped pieces take in the COVID-19 San Francisco summer as doors stay closed to visitors.

An ongoing series, Beliebte Stellen/Privileged Points is meant to inhabit different contexts, the parts rearranged in various ways before being welded into a final form. I first viewed a version of the work in 2017 for the fifth edition of the decennial exhibition Skulptur Projekte Münster in Germany, where it occupied the same location — in front of the baroque Erbdrostenhof palace — as Richard Serra’s contribution thirty years prior. In contrast with the resolved, inflexible nature of Serra’s sculpture, Beliebte Stellen/Privileged Points is purposely unfinished. For Münster, Baghramian stipulated that the work’s three sections would not be welded together, and therefore completed, until the end of the exhibition when the sculpture could be sold. In the interim, they were supported by metal armatures, which emphasized the small gap between each — delaying the satisfaction of pieces fitting together to complete a puzzle. 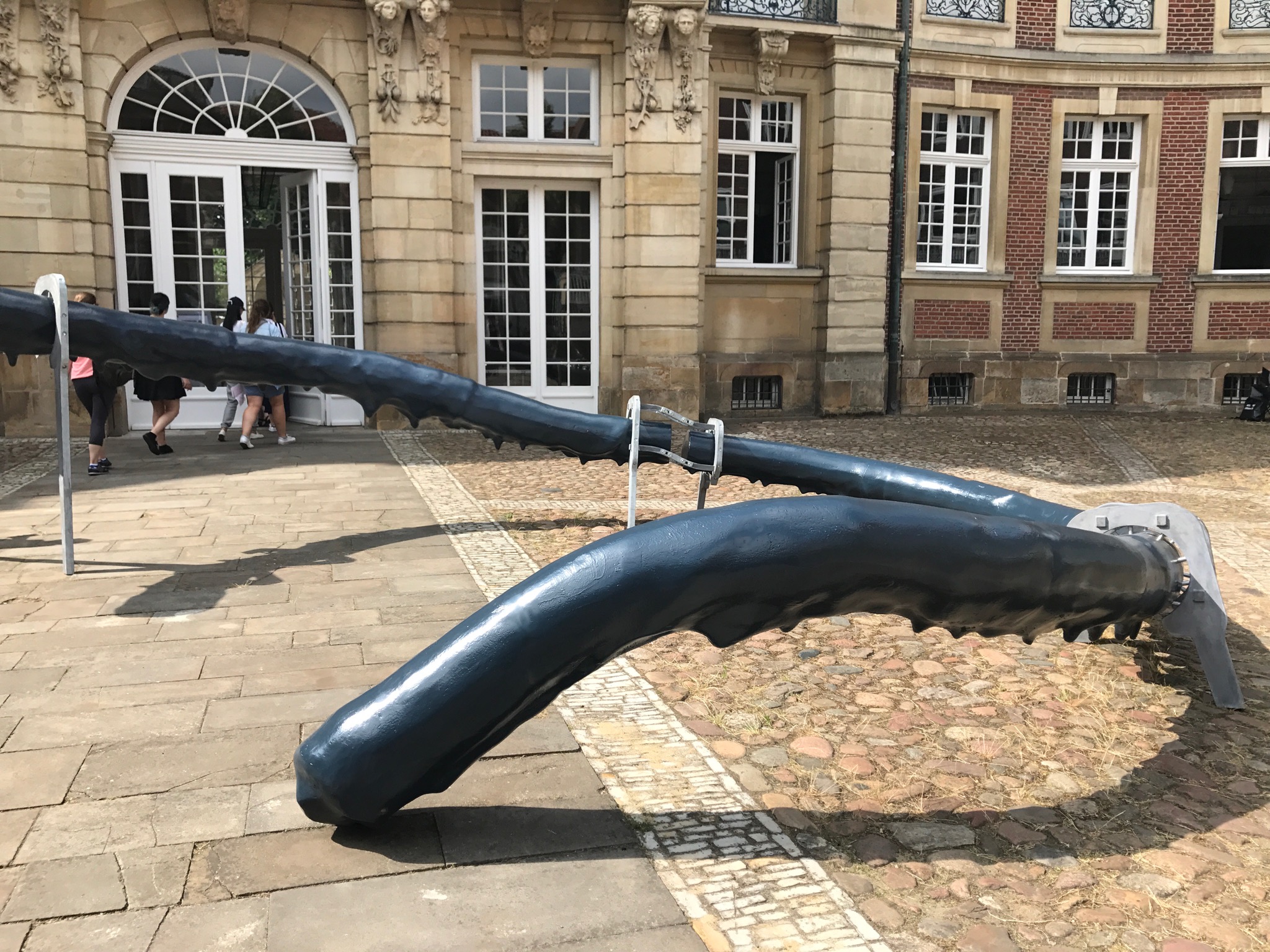 Six additional parts, enough to make two more Beliebte Stellen/Privileged Points, sat piled in the Erbdrostenhof’s backyard. Six of these half-circle pieces also sit at SFMOMA, the intricate stack resembling twigs in a giant campfire. The work replaced Double Cylinder (The Kiss) (1994) by Dan Graham, an infinity-symbol sculpture made of glass and two-way mirrors with a corridor in the middle, which had been installed on the terrace since the reopening of the museum in 2016. Underneath Beliebte Stellen/Privileged Points, the circuitous outlines of Double Cylinder still mark the pavement.

I remember the brevity of Baghramian’s comments about her sculptures on the day of the SOFT POWER preview. Something along the lines of “the work already takes up a lot of space, so I won’t take up any more with my words.” For me, the brilliance of the sculpture is that an awareness of space-taking, and an intended mobility, is built into its DNA.

In a pre-quarantine talk this year at The Lab, Fred Moten said, “Keep them up,” referring to the confederate monuments in the US South. To Moten, the prominence of statues of Stonewall Jackson and others signals the weakness of white supremacy, while their absence would express the victory of that ideology. After all, monuments and memorials go up so future generations will remember the past; if these monoliths are no longer necessary then the past is still present — or so Moten suggests.

I’ve been thinking about this idea, that it is the invisibility of an ideology that gives it power. At SFMOMA, a reckoning has begun among our staff, our artists, and our patrons. Tables are turning, conversations are more lateral, and we are realizing that in all those instances where we felt like imposters at the museum (something I’ve discussed with many colleagues in our cross-departmental equity and justice reading group), it was perhaps a good thing — a tangible sign that we are not desensitized to the corporate culture of white supremacy.

In a recent interview on Instagram, Baghramian said that exhibitions should be a series of propositions — less monumental, more unresolved, and triggering the confusions, problems, and questions rightfully taking up today’s collective consciousness. A space to emphasize the gaps in between.