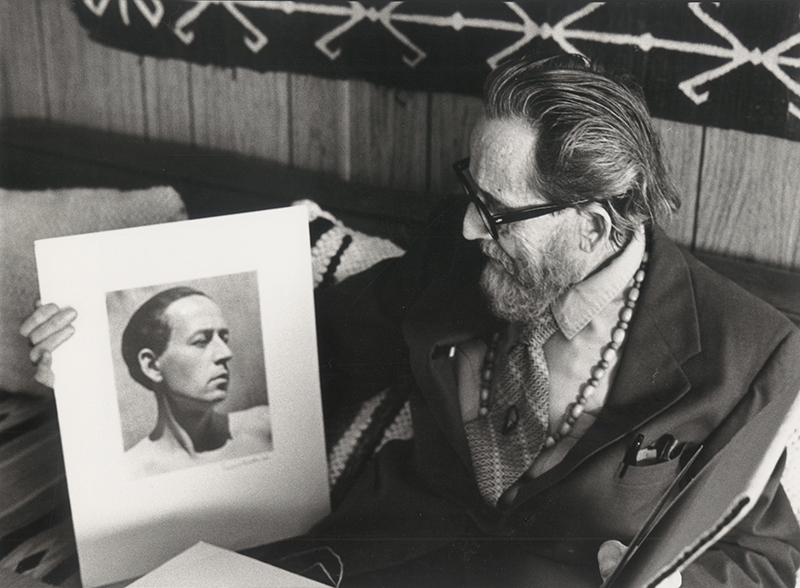 Funny how it’s easier to recognize a dark age than a golden one when we’re in the midst of it. It almost certainly has to do with light. Light is sometimes life, astrology tells us. And the sun gets diluvian with intelligence and energy. On March 23, 1895, the sun was passing through the first sign of the zodiac, Aries, when Dane Rudhyar was born in Paris an hour after midnight.

“Bring night to your imaginings. Bring the darkest passage of your holy book,” wrote Carolyn Forché in “Prayer.” All month, these lines return to me: winter and its depletion of light. We see the moon more than the sun. Forché composed “Prayer” in Paris when her son was an infant. Of his own birthplace, Rudhyar described nerve-debauch, nerve-storms, and dead beautiful forms: 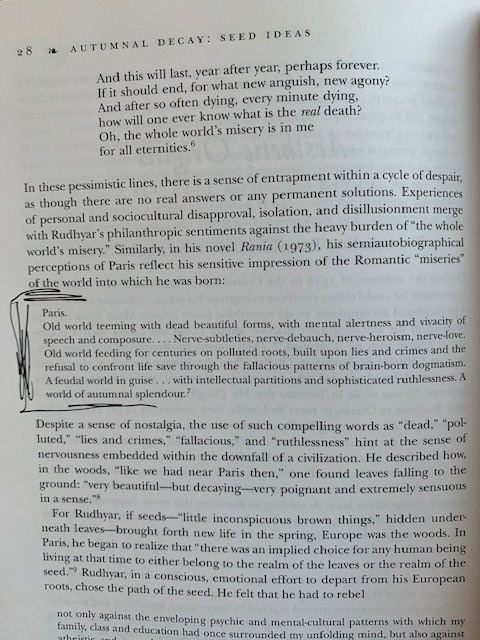 Forty-seven years after invaders first found gold in the California foothills, he was born Daniel Chennevière in the midst of what was retroactively called La Belle Époque, a dark golden age when Europe was at the joystick of a modernizing culture. Luculent space was made for the mind and its capacities. The astrophiles might call these times Jupiterian. Jupiter, king of the gods, planet of abundance, figures prominently in Rudhyar’s birth chart. He shares a temple with Pluto. Gustave Moreau was finishing Jupiter et Sémélé, whose theme he described as “birth-death in one,” while Rudhyar was busy getting born: 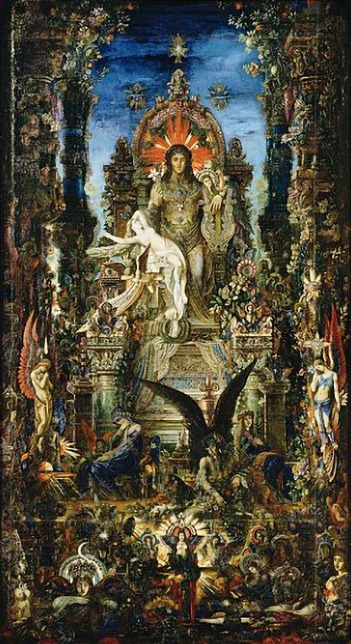 I don’t want to categorize him — he named himself. Rudhyar comes from the Sanskrit rudra, “implying dynamic action and the electrical power released during storms.” The god Rudra was both destroyer and regenerator. All of Rudhyar’s works swirl around the idea that the whole is contained within the seed, the potential of a thing is always present at the inception. The seed is an ungilded, easily lodged, and overlooked planetoid primed to birth a world. For Rudhyar, we are forever part of the “wholeness that always is.” 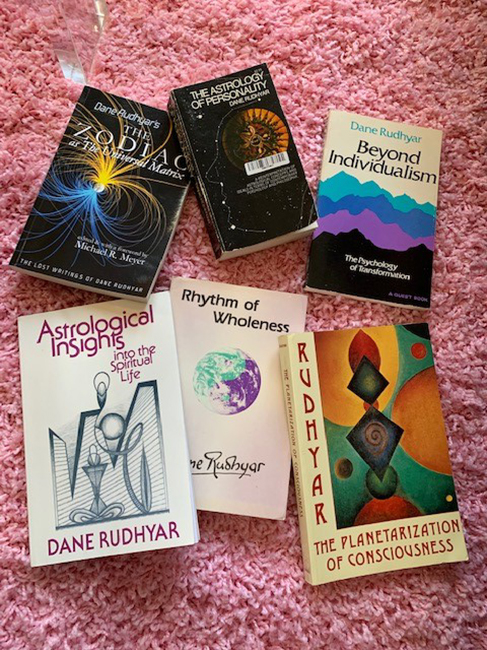 Because astrology is about time’s passages and thresholds and because it is a language of symbol, association, and divination, I want to tell you here that Dane Rudhyar died in San Francisco in 1985 while Judy Chicago was working on The Birth Project.

the “seed person,” the individual

who is willing and able
to gather within himself or herself,
as it were,
the past of humanity […]

We therefore need
men and women of great vision,
individuals who are not specialists,
men and women who
have the vision and courage
to wait, (From “Seed,” 1973)

“After your death you will be what you were before your birth,” wrote Arthur Schopenhauer. You’ve probably been here — to the realm of Pluto, the life-death-rebirth apparatus. Pluto makes us remember our primordial heaviness, our capacity for exploration and pain. Pluto is the California of the zodiac. Or, California is the Pluto of the United States. In October 1929, Wall Street crashed and one kind of golden age went dark. That winter, Dane was hanging out in New York City when Clyde Tombaugh discovered Pluto in Arizona and, as Rudhyar wrote, “the deepest of all known cosmic gongs was being heard.”

Hades can mean riches. God of the underworld, guardian of the dead, miner of gold, silver, whatever’s under us. Freakishly equal parts haunting and seductive. I wish I had a photo of the statue of lovers fucking. It’s very Plutonian — I think Dane would agree. We got it from the thrift store, rotting; we spray painted it gold and stuck it upright in the yard. This was one kind of limbo.

When Rudhyar was born, Berlin was still divided. Europe was between the wars. Gertrude Stein was at Radcliffe studying consciousness with William James. I’m on a plane en route to Manchester, England. The sun is in Libra and the moon is nearly full in Aries. In 1880, Alice A. Bailey, a world religion pioneer who possibly coined the term new age, was born in Manchester, England. Later, she moved to California. Rudhyar moved to the Golden State in 1917 and by 1936, Bailey published his book, The Astrology of Personality, on her press. It lives on my nightstand and is perhaps what first gave me permission to be openly cosmic.

Rudhyar gave frequent talks in San Francisco and found fans in the hippiedom. He was talking about free will astrology — a less predictive, more psychological blueprint. The Beat poets were on the road. Jay DeFeo was making The Rose, originally called Deathrose and reborn many times over in her Oakland apartment between 1958 and 1966. She knew only that she wanted to make “an idea that had a center to it.” The center of the solar system is the sun but Rudhyar reminds that our sun is a star and is devoted to some other sun.

I write to you from the center of a New Jersey sunrise, from the most mercurial time of day. Mercury, like poets, prefers the in-betweens. Is most at ease between worlds. Is most quicksilver and deliverable. Bring night to your imaginings. Rudhyar liked “Dissonant Harmony”: “Peace reached through the harmonization of conflicts or rather of differences is obviously of a much richer kind than the peace which is the natural expression of a group of similarities. The latter is the peace of the womb, the former of free and responsible manhood.” 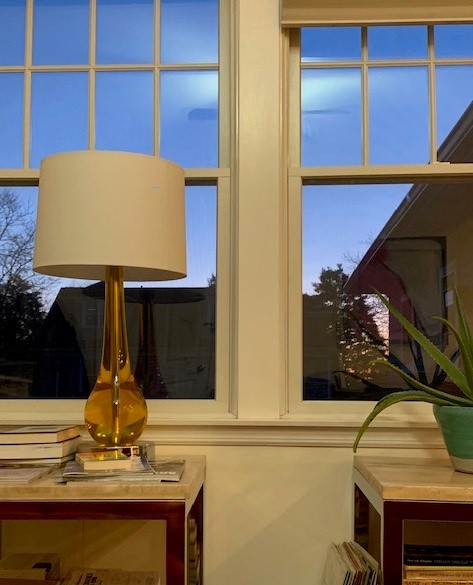 He called the zodiac the “vital ‘aura’ of the earth.” You can make an astrological chart for anything, thereby getting auric access. And so able to see this anything and be in dissonant harmony with it. Births, deaths, parties, discoveries of gold and of Pluto, marriages. I have one here for Rudhyar’s birth. I have one here for his death. They are both wheels. Something near my TV hums a dissonant electronica. His books are splayed out on the carpet. The birth charts make me think of that song about going to San Francisco and wearing flowers in your hair, which played loudly at a coffee shop I found myself in a few months ago in Venice, California, while Mercury was in retrograde. I was moving too quickly to surrender. The sun had just risen above the eastern horizon and Mercury was hovering over the Venus in my chart, stirring something sentimental and flirty. Pluto was inching glacially through Capricorn, getting closer and closer to Saturn. There was a doom and gloom vibe. I wanted to party. I had to write about Dane Rudhyar. 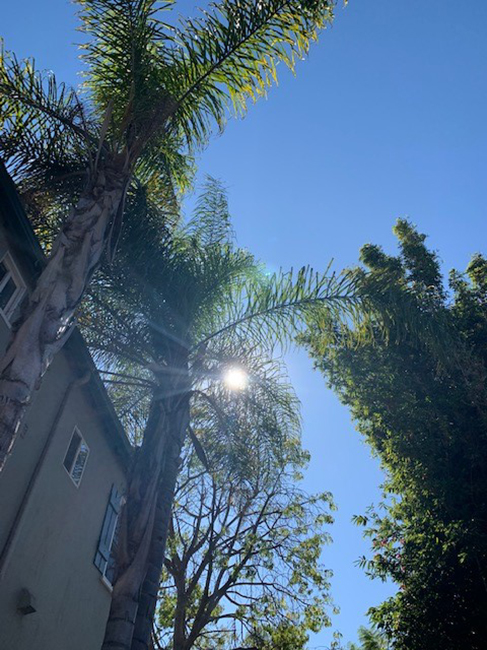 I THINK ABOUT THE ROSE

I think about The Rose when I cannot focus.

I think about how it’s a monolithic layered slab of light petals.

And how hard it was to get it out of her apartment.

And how when Dane Rudhyar was born, Pluto was in Gemini — sign of the ever-conversating twins, Mercury’s curious children. Of Pluto in Gemini, he wrote, “Poets, during those years, sung of the Machine, the Modern City, the Master Mind.”

When I lived in LA, a guy who was something like Pluto came to visit me. We drove to San Francisco, ate cheesecake, slept in my car, and crossed the Golden Gate Bridge twice. The sun was in Aries and made the bridge gleam an impossible orange. It was nearing what would have been Dane Rudhyar’s 115th birthday. We fought. I forgot the golden rule. I liked the underworld. I felt that I was being sucked toward the angle at the bottom of the earth by something both impossibly heavy and chatty — fun, even.

Rudhyar said that the goal of astrology is “the alchemy of personality” and to turn “chaos into cosmos.” The darkness and light of every decade gets filtered through the bodies of humans in different ways — another thing astrology teaches. As I write this, I listen to Dane Rudhyar’s “Third Pentagram” (1926) which is all piano. Certain moments, I get dragged down to the bottom of the sky. A high note pulls me up. A clock I’ve never heard before strikes midnight. But just for a minute. It’s only midnight for a minute. In astrology, there are angles of power which coincide with the way light moves. The planets that sit near these angles are said to possess an oracular capacity. Midnight, high noon, sunrise, and sunset. Midnight, according to Rudhyar, is the subjective realm of the Godhead. Is insistent. A page from Rhythm of Wholeness: 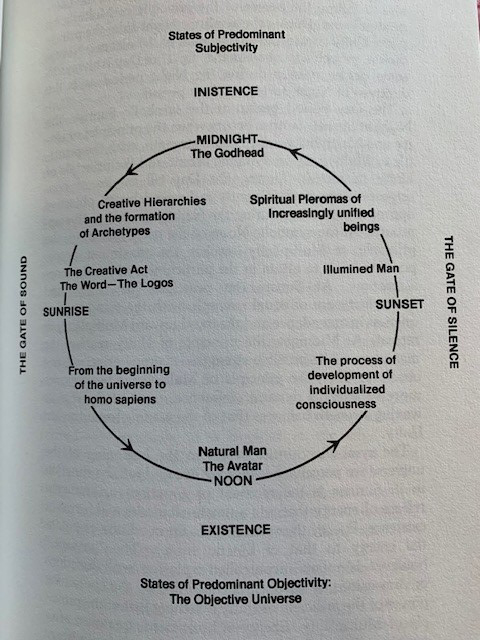 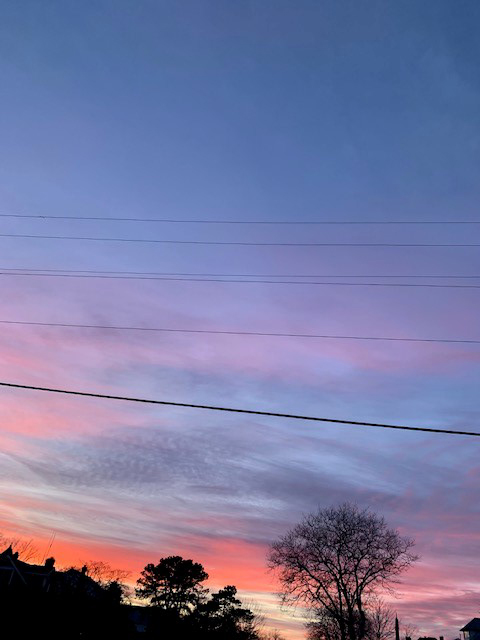 Apart from or in addition to all of that, Rudhyar teaches that we are part of the cycle of wholeness. And that in San Francisco Jay DeFeo painted her rose consistently and with great capacity for waiting. And that I picture it and ache when I cannot focus. And how we slept in our car on the most angular street I’d ever seen. And how now I’m getting sucked down to the place where the sun sets below the western horizon and how I’m in New Jersey pointed west. And as I write this, I receive a text from someone in California who asks me about a certain date on the calendar. And Pluto is in Capricorn. And there is something of hybridity in Pluto. A limbo where the seed pauses and blackens for a second, decides whether to live or die. Rudhyar, on one of the messages of Pluto: “There can be no king where every man is king by divine right.”