< Issue – 14 : Tardigrade
Tardigrade
Issue – 14
Edited by Ryanaustin Dennis
Imagine living in a place where you could know everyone. Where the small and humble is valued. Imagine that place is here. Tardigrade is an experiment in micro-writing, conceived of and edited by Ryanaustin Dennis (sable tardigrade) with support from SFMOMA Open Space and Pro Arts Commons Press. Over the course of five two-week spans, thirty different posters featuring the words of Tardigrade’s contributors will appear here; they will also be printed physically. (Note that the reading and book release party at Pro Arts Gallery, originally planned for April 23, is on hold until further notice.) 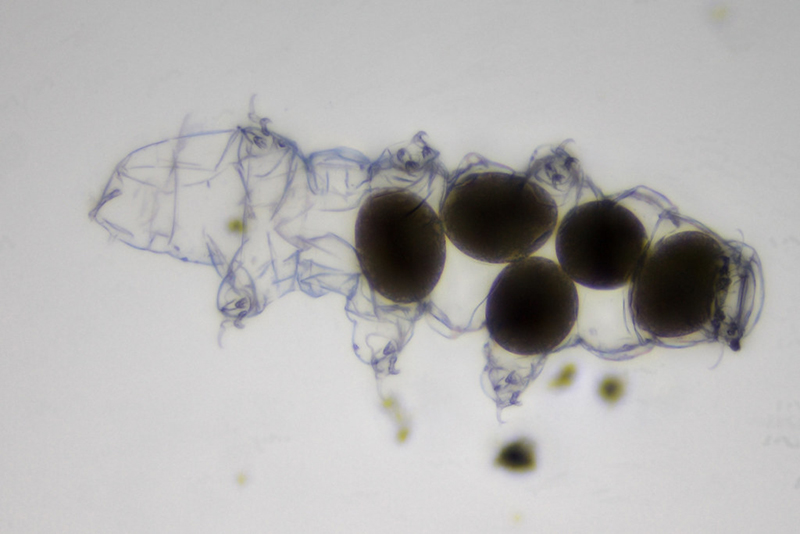 If a particle can exist in superposition in more than one location at the same time, then a person can also become entangled in multiple spaces, vibrating with potential.

I’m in Triana, Alabama, where the first language is Koasati. It is thirty-four degrees and there is frost on the clay-colored ground. Triana, which has a population of 644, is fourteen miles outside of Huntsville and was incorporated in 1819, the same year Alabama became the twenty-second state in the US. I am staying with a thirty-seven-year-old artist who has lived in the same house since the age of five. He knows the woman at the Waffle House, who asks about his mother, he knows the sheriff who’s been arrested for racketeering, he remembers the cotton fields that depleted the soil, the sloped two-lane roads, the lawsuit the people of Triana filed against Olin Corporation for polluting their waters, and all the long-gone turnip gardens elders used to tend before Walmart came. He tells me in spite of the bigger changes Triana has seen, most if not all of the important people in his life have remained here.

It is in the nature of small things and perseverance that I come to this introduction, and where I want to draw three provocations: ecological, literary, and performative. We are at a point at which identitarian and intersectional entanglements go without saying; most of us are in socio-political positions that continuously hinder our expressions of freedom, locating us in various oppressions. But I also want to articulate these meshes as places of alterity that can connect us to a wider web of liberation. It is in the details of our intersections of identity where spaces of strength can emerge and interlock. It’s in these spaces, specifically art spaces, where we can find creative habitats that work at the scale of relationships and respond assertively to the more commercial directives of current institutional models.

What does this have to do with the tardigrade? A water-dwelling micro-animal with eight legs, closely related to insects and crustaceans but resembling a bear or tiny piglet. I’m fascinated by how its tininess is inseparable from its immeasurable resilience. Tardigrades inhabit “new, potentially harsh environments, providing food for larger creatures that follow. […] Tardigrades may have been among the first animals to leave the ocean and settle on dry land. Tardigrades pose no threat to humans. Scientists have yet to identify a species of tardigrade that spreads disease.” We don’t always grasp the importance of small things. We fail to recognize the ways in which they organize themselves, nor how the loss of their communities might hurt us all.

The tardigrade can withstand intense pressures, radiation, even outer space. I’m fascinated by the idea of smallness as a form of extreme resilience, as a bellwether for the health of an ecosystem. I come back to the tardigrade as a way to think through marginality, social ecology, and writing. You might say I’m engaged in an interspecies dialogue: before the aphorism, there was the tardigrade, a concise, pithy unveiling of truth across history. Bits of diary, insight, instigation, sharpness, wisdom, criticism, and hope somehow lead me through instances of time. This humble, prehistoric precedent reminds me that we have always had an alternative to grand narratives. It takes up the detritus and makes new ground for the larger changes to catalyze. Before the spectacular dinosaurs and our human ancestors, there was the tardigrade, which sits at our most basic animal capacities, and will likely survive the worst of our crimes. And, it is quite adorable (by my tastes). The tardigrade is a way of orienting myself away from the Anthropocene and Capitalocene by way of Donna Haraway, who writes, “unlike either the Anthropocene or the Capitalocene, the Chthulucene is made up of ongoing multispecies stories and practices of becoming-with in times that remain at stake, in precarious times, in which the world is not finished and the sky has not fallen  —  yet. We are at stake to each other. Unlike the dominant dramas of Anthropocene and Capitalocene discourse, human beings are not the only important actors in the Chthulucene, with all other beings able simply to react. The order is reknitted: human beings are with and of the Earth, and the biotic and abiotic powers of this Earth are the main story.” Interspecies dialogue as a catalyst for political-ecological critical thinking. If we are to survive we need better models and my suggestion is the tardigrade, a playmate in kinship with the earth, a peer who can provide a model for writing at and on the margins.

An example of this writing can be found in “Adding It Up: A feminist of color’s herstory of working in predominantly white academic spaces” by Melinda Luisa de Jesús, which is included in the collection Color Theory (Wolfman Books). The book gathers “reflections, stories, and remedies” from fourteen womyn and gender non-conforming working artists of color to “engage an intergenerational dialogue on ethical aesthetics, the ritual landscape and systemic oppression.” De Jesús starts in 1989 and ends in 2018, spanning shitty bosses, the publication of her first book, miscarriages, symposia, and support groups. Working in an epigraphic form, she creates a story of her career through bits of insight or antagonism, offering a forceful revelation of “why this brown loud tenacious peminist is still here” (“peminist” is a term that stems from Pinay Power: Peminist Critical Theory). Simultaneously critiquing normative structures and affirming her own power, de Jesús’s “herstory” inspired my idea of the tardigrade as a mode of writing and a way to think about our social ecology in the Bay Area.

Whenever I hear the term “arts ecology” I start asking: What are the living parts we want to serve us? What are the dead parts that need to be eaten up? Who are the macro and micro players? How are we cooperating to make this ecology, this organism called the art world? Who is in the litter? Who decomposes, recycles, or lays waste? Where are the monocultures and where are the mutations, hybrids, and monsters?

If we really want to start thinking in these terms, we have to engage with these questions and formulate possible answers. If we really want diversity, there has to be real balance, real distribution, and real collaboration within the ecology. Working with Open Space has been a way to dig into a shared commitment to our local biodiversity, to foster real collaboration. This project includes a small press (Pro Arts Community Press) that is housed inside a small art space in downtown Oakland (Pro Arts Gallery & Commons) that is partnering with an online and live commissioning platform (Open Space) that is housed inside a large institution (SFMOMA). With writers either from or living in the Bay Area, this project is rooted in place. It is an activation of this art ecology’s social entanglements. Each player within the ecosystem plays a crucial role, but it’s the small ones who typically pick up, build, and push innovation. How can we continue to make these cross-pollinations between local actors happen? By bridging and sharing our collective resources in a reciprocal ecology.

What if I don’t want to be human? Being a Black thing that I am is (for the moment) too fraught and overdetermined by sociology, politics, the debt economy, cultural performance (all deeply anthropocentric). I want to turn to another language or way of being: the animal is a much more appealing playground for my wandering thoughts. My kinships are already queer, colored, and misbehaving. I call my hybrid the sable tardigrade, a mix of the microscopic water bear and carnivorous mammal found in the forests of Russia and Mongolia. The sable was once hunted for its dark fur, which is still a coveted luxury. I’m tickled by the idea of black fur as a status symbol for nobility; I latch that onto the art world’s current monocultural push for inclusivity without structural change. Are Black and brown folks being hunted, skinned, and worn as badges of diversity? In the art ecology, at least, the furs are back in vogue.

In a previous work, I ask, ”What is a Black thing to do?” in a specifically curatorial context. At the moment, I am searching for smaller worlds to hide in, to wrestle with my hybridity as a way of addressing my Black thingness, my maleness, and my relationship to my social ecology in the Bay Area. At a certain point, maleness and masculinity became the foremost features guiding my sensibility. I’ve been thinking of ways to speak of and about non-oppressive and generative forms of masculinity and the types of writing it can produce. Within the Bay Area I have witnessed men who have made me accountable to how maleness affects others; they have showed me ways of being more vulnerable and emotionally intelligent. And I have witnessed robust conversations engaging with femininity, femmes, transwomen, and womyn, in opposition to patriarchal oppression. But how are transmasculine, cis, non-binary masculine-of-center, and transmen being brought into these conversations? I am a queer, male-bodied person who wonders about the threads that weave my particular gender formation. Could I find commonality along the spectrum of masculinity? I’ve picked these writers as examples of folks who find themselves along the spectrum of maleness yet have strong commitments to disturbing, queering, unhinging, or just not participating in patriarchal power. From the tardigrade, I’ve learned that you don’t have to play the alpha game; there are no “Top Dogs.” Your goal instead is to make space for others by making the ground fertile. It’s about responding to place without dominating it.

The following offerings make way for multiple spaces through writings, stories, affirmations, and poems. They originate from a journalist, a bookseller, a performance artist, an illustrator, a musician, a tattoo artist, a poet, a father, a photographer, a skateboarder, a storyteller, a dancer, and an animal. I’ll let you figure out which entanglements follow.