Jerome Caja and the Scalability of Camp 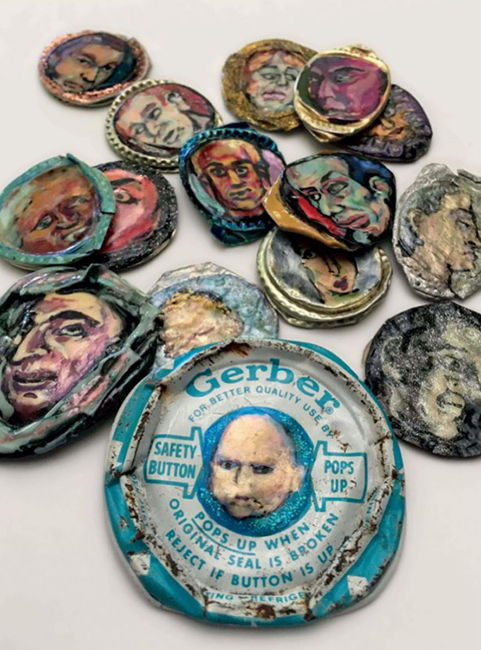 The day after Día de los Muertos is November 3. It is also the anniversary of Jerome Caja’s passing in 1995. On this particular day in 2019, I had the privilege of viewing Jerome’s works up close in the home of Anthony Cianciolo, a remarkable custodian of memory who has been caring for Jerome’s artworks and ephemera. During our date with Jerome on this beautiful San Francisco Sunday afternoon, Anthony explained that many of the objects on view came from community members; it has taken a village to care for this singular artist. 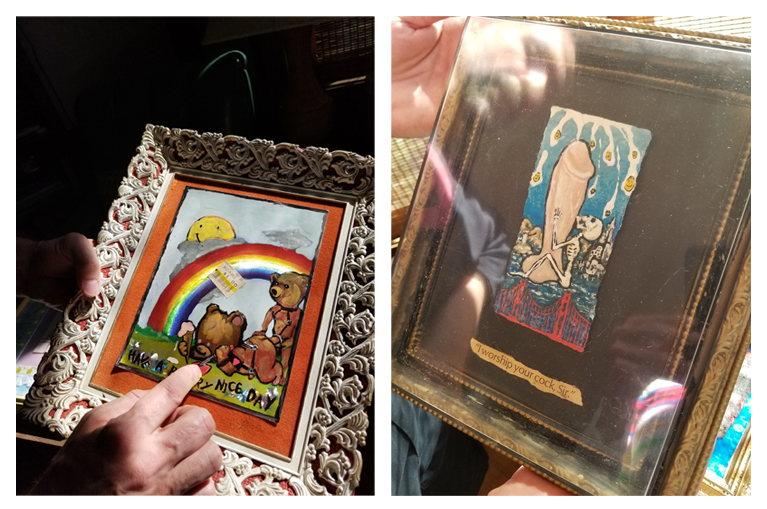 Anthony Cianciolo showing me two of Jerome Caja’s artworks, and explaining the stories behind I Worship Your Cock, Sir, 1989, and Have a Bearry Nice Day, n.d.

On October 17, the energy and commitment of that village infused “A Celebration of Jerome Caja” in SFMOMA’s Koret Education Center, which fleetingly felt more like The Eagle or the Lone Star. The audience was filled with gay men around the age Jerome would have been today. Thanks to this village, Jerome’s art is being resurrected in arts institutions and, more specifically, in a city that desperately needs it, given the dramatic loss of its once radical and eclectic character. Perhaps Jerome anticipated this queer revival: his depictions of ascending fried eggs and fruit bowls queer fertility and invoke a powerfully idiosyncratic myth of rebirth.

Thank you, Jerome, for paying it forward.

Jerome’s performative interventions glided between the art world, the streets of San Francisco, and the queer club scene. In the documentation available to us, he performs his paintings — and his paintings perform him. 1 In Duets: Nayland Blake & Justin Vivian Bond in Conversation on Jerome Caja, two images appear side by side. On the left, Jerome struts her stuff during a San Francisco street fair. On the right appears Venus in Cleveland (1995), Jerome’s Mona Lisa. 2 What lies under the makeshift saran-wrapped codpiece worn on the street is presented unabashedly in the painting. Both Jeromes gaze upward, performing similar gestures with legs sensually sliding together while their right arms bend gracefully to the side. Another revealing diptych places a picture of Jerome in her signature sunny-side-up egg lingerie next to an untitled nail-polish miniature of a woman wearing a sunny-side-up egg dress in her kitchen — the room, naturally, is covered in sunny-side-up egg wallpaper. In these examples, Jerome’s painting is animated through performance documentation, and vice versa. 3 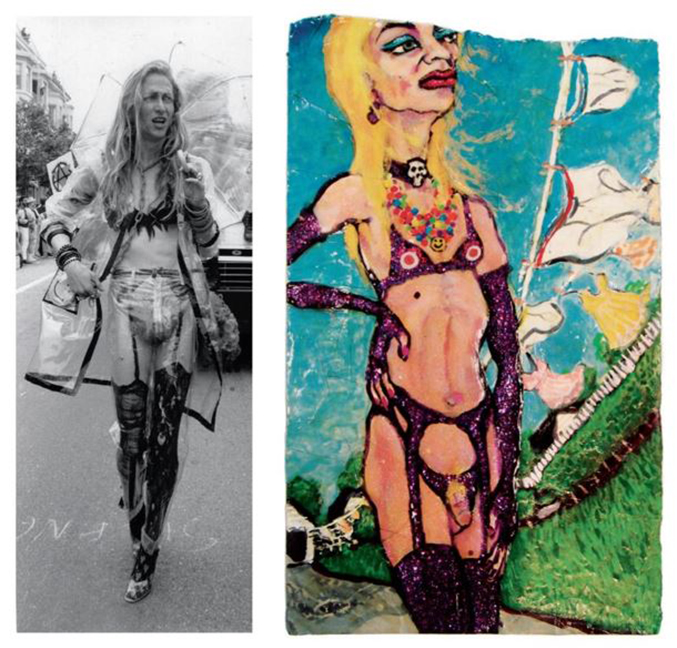 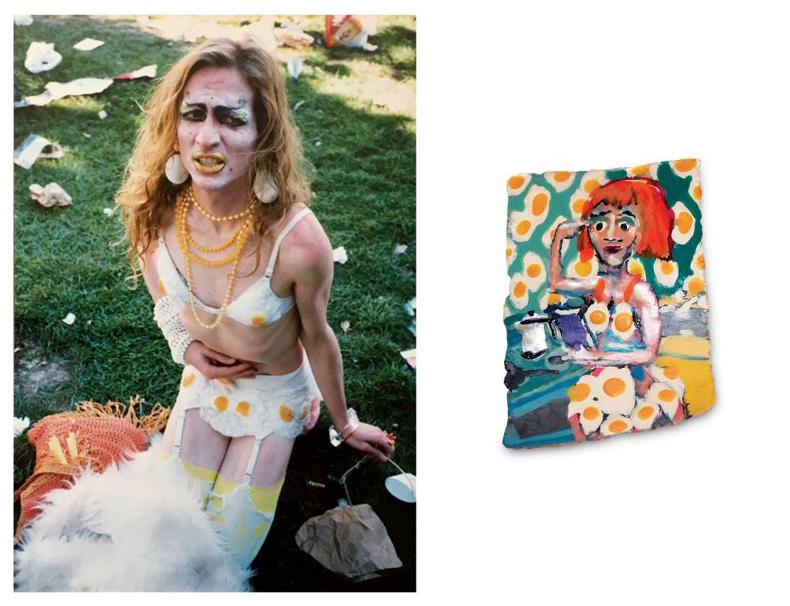 Action Painting in Miniature and the Scalability of Camp

Feminist and queer artists have critiqued masculinist genealogies of painting through their audacious uses of the body or their deployment of excessive amounts of paint poured directly from buckets. 4 Jerome made his own statement by leveraging the smallest containers of paint available — nail polish bottles. Though photographs of her in a performative state reveal a larger-than-life personality, her nail polish-painted miniatures evoke images of an artist working ever so delicately and intimately, on surfaces and objects as small as bottle caps and pistachio nut shells. 5 Therein lies the efficacy of her paintings: their minutiae draw us in, seducing us to come close and sense into their multilayered meanings. A particularly moving example is an untitled work in which Jerome used ash remains of his friend Charles Sexton, who had died of AIDS-related complications. The ashes rest in an ashtray that belonged to Charles, along with a cigarette butt on which Jerome drew an image of Charles’s face. 6 Jerome, too, was a custodian of queer memory, literally preserving the remains of the AIDS crisis in artworks small enough to hold in our hands. Decades later, the work beseeches us to care for those memories. 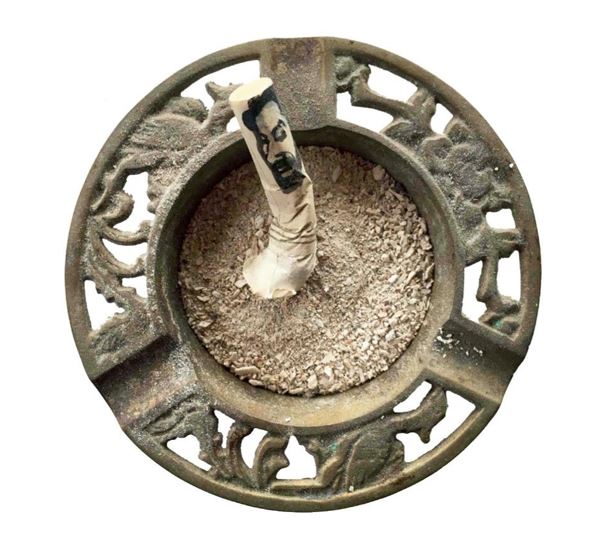 Jerome herself bodies forth in various works, making use of his nails, hair, blood, and used condoms. 7 His primary painting tools were those used for drag — nail polish and makeup. Coupled with Wite-Out, these materials stage their ephemerality; nail polish — especially of the cheapest kind — quickly chips away. 8 In the Visual AIDS book, Justin Vivian Bond suggests that Jerome’s choice of materials subverts Catholic eroticism while elevating drag. These materials also perform a transubstantiation and scalability of camp; live performing bodies or those lost to the epidemic become Eucharist-sized, nail polish-painted bottle caps, containing remnants of drag and human life. 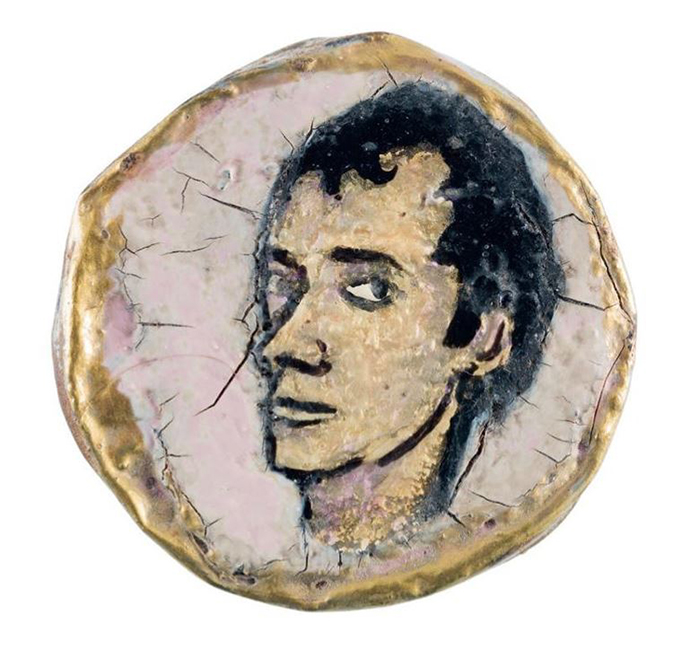 In her performative misspellings and visual explorations of gender trouble — including various renditions of Venuses with penises (see figure 2) and Mister Sister (1993), in which a nun flashes her balls, Jerome dares the viewer to dig deeper into what appears to be humorous, surficial camp. 9 Her Venuses celebrate the hermaphroditic body, consistent with her feminist misgendering of God: “For God looked down apon his Boring Children, and with tears in her eyes She cried out let there be Beautie Products…” 10 She invokes God, goddesses, and death, all the while celebrating sex, like the skeleton that religiously straddles the cock in figure 1. In one of her best-known works, Bozo Fucks Death (1988), a clown sodomizes a masturbating skeleton; in The Last Hand Job (1993), Jerome receives pleasure on her deathbed. The simultaneity of sex and death reveals strategies for survival during the AIDS crisis, which coincided with the rise of a queer and feminist sex-positive culture unique to San Francisco. 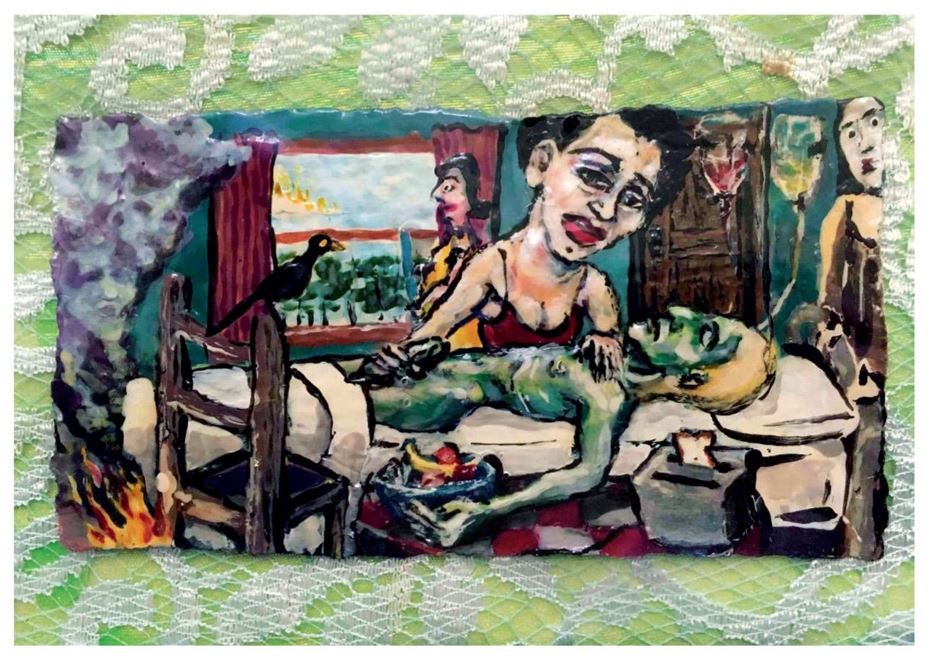 Beyond the Bay Area, Jerome’s work finds resonances with artists of the time period who were transforming the art world across the nation, such as the NEA Four or the 1993 Whitney Biennial artists. 11 As we do the important work of celebrating her legacy and situating her in the herstory of art, we can appreciate how she departs from other canonized queer artists. Though her leather Care Bears converse with Mapplethorpe’s S&M series, and her appropriated Gerber Baby food bottle caps nod to Warhol’s Campbell soup cans, Jerome performs a different kind of queerness through her radicalism, messiness, and audacity, thanks in part to the uncompromising nature of San Francisco in the 1980s and ’90s. 12

And for that, Saint Jerome-Venus, we can be grateful and inspired to care for your memory as you cared so fiercely for your community. Your spirit will keep those of us still here hopeful that San Francisco might once again become a place for people to be outrageous. 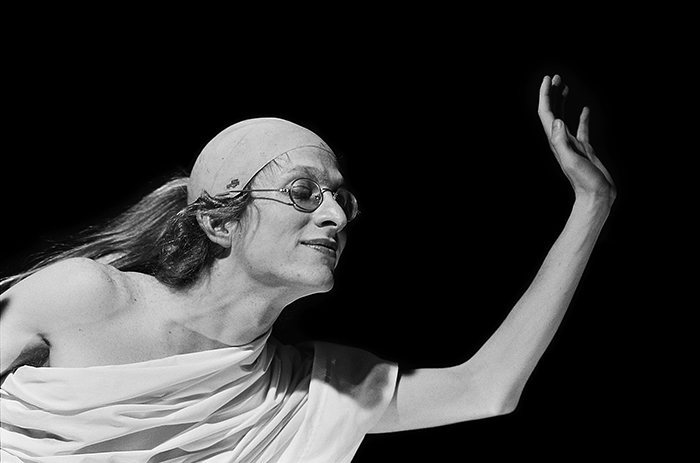