What You Missed Even If You Were There 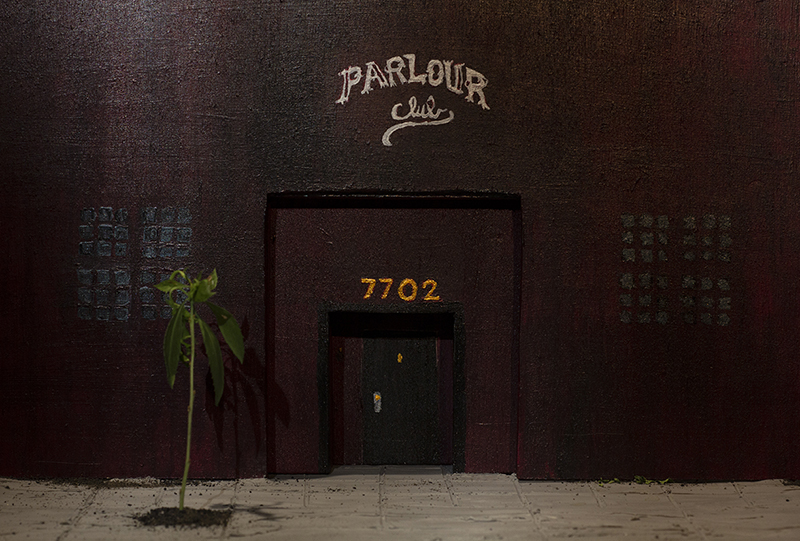 A maquette of the Parlour Club. Photos: Clement Goldberg

Queer and trans cultural lineage is hard to maintain ⁠— it’s always slipping away. One spring evening in 2002, I went out in search of a queer bar in Los Angeles. I had transplanted to the City of Quartz in the late ’90s, but was unaware of the uprisings against police harassment that were waged at Cooper’s Do-nuts and Black Cat Tavern prior to the Compton’s Cafeteria and Stonewall riots in the Bay Area and New York. The fight for liberation had also wrought corporatization, and it took time to locate a space that offered kinship and aesthetic resonance. The gay and lesbian nightclubs known to me did not draw the trans subculture and intergenerational crowd my twenty-five-year-old self longed for.

But that night I wandered into the Parlour Club, a five-month-old bar on Santa Monica Boulevard triangulated by the Tomkat gay porn theater, a mortuary, and the Pleasure Chest sex shop. The bar was lathered in sumptuous reds. I felt summoned by the jukebox, antique mirrors, chandeliers, velvet curtains, vinyl perches, and petite inset stage at the helm of a dance floor.  Black balloons swirled above an uncharacteristically welcoming queer mecca, clues that I had accidentally crashed a private birthday party for Guinevere Turner, best known at the time for her screenplay adaptation (with Mary Haron) of American Psycho, and for her contributions to New Queer Cinema. I was invited to stay and watch the talent show, a darkly humorous cabaret tribute to the iconic writer, actor, and filmmaker.

The Parlour Club makes a cameo as part of a photo series by Kevin McCarty in Cruising Utopia: The Then and There of Queer Futurity, written by the late Dr. José Esteban Muñoz, who — being Guinevere’s best friend — was also there. Muñoz characterizes the bar as “clearly and concretely the space where punk and queerness meet,” then hails art star Vaginal Davis as its “high priestess and black pope.” On Friday nights from 2003 until the bar shut down, Davis threw Bricktops, her conceptual art party styled after a 1920s speakeasy jazz cafe society evening and featuring live performances, DJs, dancing, films, and photography exhibitions; Vaginal’s online diary  would let you know what you missed even if you had been there. As would be the case for most of my twenties, including the years the bar operated (2002–2005), I was only vaguely aware of the formative cultural impact the people around me would have on my life and art practice. Collaborations seeded within those red walls continue to this day. I cannot say how many legendary underground artists performed there, but Davis’ blog makes for a thrilling account. Every Sunday was Unhappy Hour, a literary event run by Lydia Lunch, and then later on by Clint Catalyst and Shawna Kenney, who co-hosted that portal into a queer canon. I knew I had a lifelong friend when the writer Bett Williams spoke a hard truth on that stage: “No one loves your mix tapes as much as you do.” And an even harder one, I came to find, that no one will love queer culture as much as queers do.

The Parlour Club closed its doors when the owners felt it was time (rare agency given the constant closures and evictions of queer spaces), and became a vodka bar. The gorgeous neon marquee of the nearby Tomkat has since been replaced by an all-black facade; autographed hand- and footprints from adult film stars like John C. Holmes decorate its sidewalk. I returned to visit my former haunt and stood on the unremarkable cement out front wishing for an autographed set of prints from Vaginal Davis, who moved to Berlin after being priced out of Los Angeles. 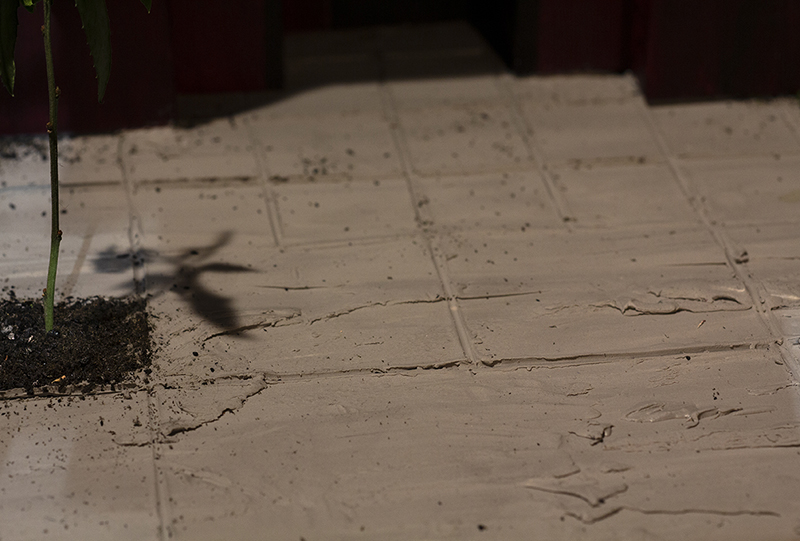 In San Francisco, artists like Xandra Ibarra, Juanita More, and Juliana Delgado Lopera (with RADAR Productions) have held respective queer displacement tours and commemorations in the Mission and Polk Gulch. The STUD — home to a vibrant intergenerational art community reminiscent of the Parlour Club, formed a co-op as part of its fight to remain in SoMa; its monthly series, A Bar of One’s Own, hosted by James Fleming and Mica Sigourney, provides entry to an enchanted literary realm. Audiences this past May were welcomed to the launch of Kevin Killian’s Stage Fright with a Poets Theater performance of his play Box of Rain. It was the last time many of us were able to see the beloved artist, poet, and playwright before he passed to the other side of the inter-dimensional fax machine featured in that play. San Francisco needs a Kevin Killian Alley or Kevin Killian Place for poets and artists to commit illicit late night acts in his honor. We need a place to slip away to.