Everyone has a story. If the subject comes up, as it often does around September 11, it usually follows a similar trajectory. Hushed voices now: Our protagonist traipses through the beginning of a weekday routine, maybe commuting to a suburban office job or doodling in a middle school math class. The nice weather is remarked upon. Suddenly, the mundane is interrupted by news of an act of shocking violence. Then: television.

Kinda weird, mythologizing the act of remotely viewing a terrorist attack; but somewhat understandable, given the trauma of it all. And television was the dominant screen at the time — the delivery mechanism for news, entertainment, advertising, and perverse hybrids of all three. During and following the attacks, people consumed unsettling amounts of it. As such, our historical record of 9/11 requires an understanding of how it was first broadcast.

Watching the raw news footage is easy enough. The Internet Archive has an incredible collection of videos of the coverage, in real time, across seven days. Unfortunately, the archive has a slight blind spot, in that it only features news broadcasts. As 9/11 occurred, what were the other channels showing?

There are records of TV listings from that time period, but it’s hard to confirm which regularly scheduled programs were interrupted. One would need to see actual recordings of the footage, which at first seems like it’d be near-impossible to find; who was watching anything other than the news that day? And who would have deemed it worthy of recording? Imagine Zapruder turning his camera away from the presidential assassination to film interesting cloud formations.

But never underestimate the vast data repositories of YouTube: the site offers multiple videos of channel surfing 1 on 9/11. Most focus on news networks (like this six-hour video that was originally recorded to a Blockbuster tape), but I was able to find two videos featuring a complete cycle of all channels during two different time periods. The first, a digitized VHS tape uploaded with the title “Cable TV Channels During Morning of 9/11 Attacks,” was recorded starting at 11:25 a.m., from the Dish Network, with a runtime of approximately one hour and seventeen minutes.

The second, another digitized VHS, uploaded as “September 11, 2001 – Surfing DirecTV channels during 9/11,” was recorded starting at 1:09 p.m., and has a runtime of approximately seven minutes.

The videos are eerie. It turns out a lot of channels continued with normal programming, resulting in a number of stark juxtapositions as the footage casually skips from live-action death-clouds to junk daytime television. Exempli gratia: a few hours after the towers fell, the E! network showed a celebrity profile of New Kids on the Block; Nick played a rerun of Rugrats; and the Rural Free Delivery channel (RFD-TV) had a show on “classic tractors.” The Sci-Fi Channel, meanwhile, broadcast Manimal, the 1983 series about a wealthy playboy who uses his ability to become various animals to fight crime, while MTV2 played music videos, including Drowning Pool’s “Bodies.” 2

As the United States lurched into what would become its endless War on Terror, products were advertised. There was one ad for a now-discontinued antacid gum called Surpass, and another for a brand of sex pills called Enerx. A commercial on the All News Channel trumpeted a pickup truck with impressive safety ratings (apparently, it’s not all news). And on a paid programming segment, the late pitchman Billy Mays demonstrated a powerful yet affordable vacuum cleaner.

Some channels were disrupted. A few showed news coverage from corporate-affiliated networks, while others suspended programming entirely, running disclaimers. Most of the latter were home shopping channels, vaguely referencing “tragic events” without further explanation. 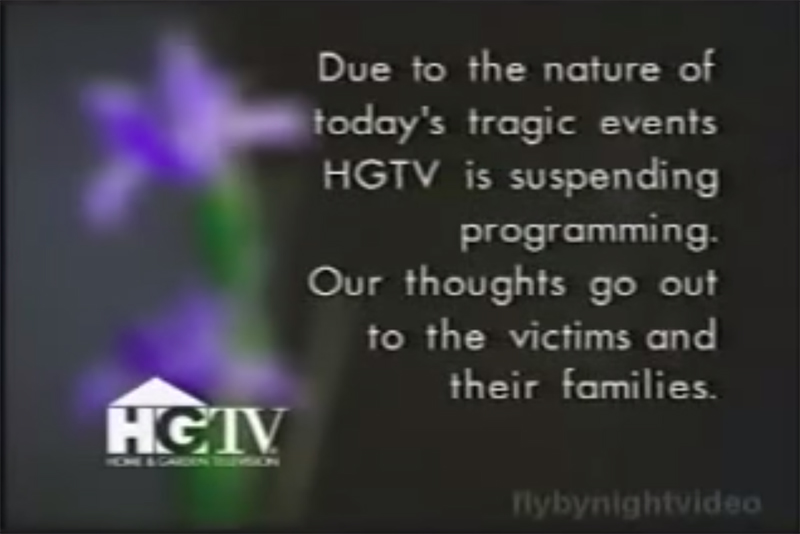 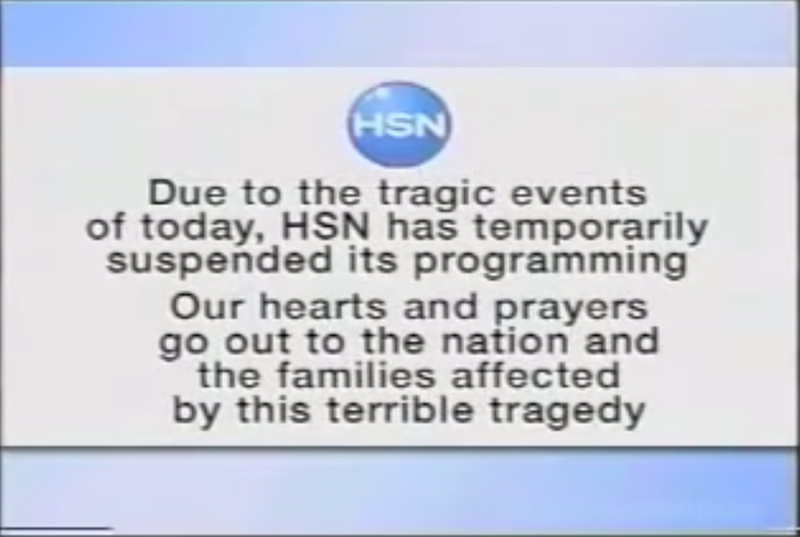 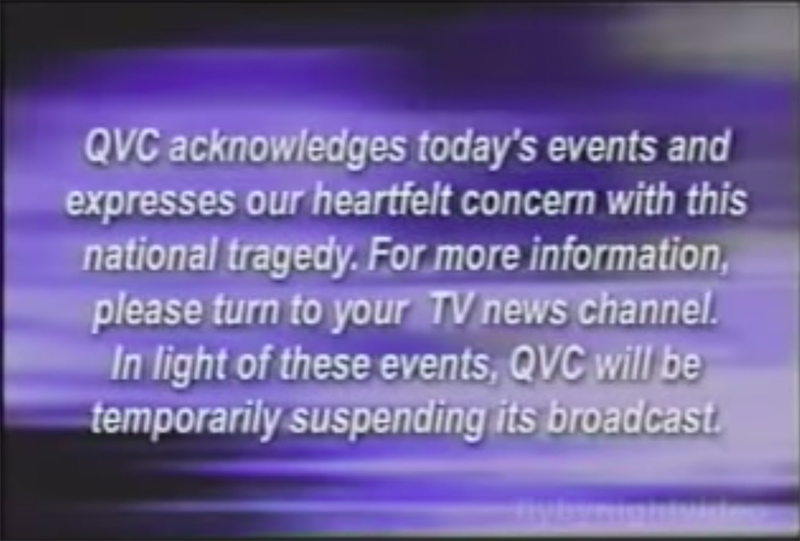 While I don’t recommend watching hours of 9/11 broadcast footage, it’s worth sitting through at least a few minutes. The videos offer a clearer view of how corporate media handled (or ignored) the attacks. There’s an unnerving verisimilitude to it; this is pretty close to what it was like to watch television that day, before the collective narrative congealed into short clips of destruction and hawkish political speeches.

The uncomfortable tonal clashes in the channel surfing videos are also hints of the postmodern media hellscape to come. On today’s handheld screens, our feeds are largely accelerated versions of these videos, in which live videos of bloody mass shootings are witnessed adjacent to ads for greasy fast food pizza and anti-hair loss cream. Not exactly surprising, as that’s just some of the dark machinery undergirding our society, right? Extreme violence and fear mixed with upbeat consumerism. Pure, uncut Americana.