Series Out of Print
Out of Print
Organized by David Senior
The Library & Archives at SFMOMA house a dynamic collection of primary documents related to the history of modern and contemporary art. Our collections help trace the interconnected trajectories of the museum with those of artists and art spaces that have shaped the cultural life of the Bay Area and beyond for the last century. Using printed matter from the Library’s collections of artists’ books, exhibition publications, and our rich holdings of ephemera from local artists, galleries, and other non-profit art spaces, here we present episodes within the larger arts communities of the region — as well as moments in which collaborations with these communities yielded singular opportunities for experiencing art. Out of Print is dedicated to the informal, innovative, and evocative spaces that artists and designers have created through staging and circulating their works in print. 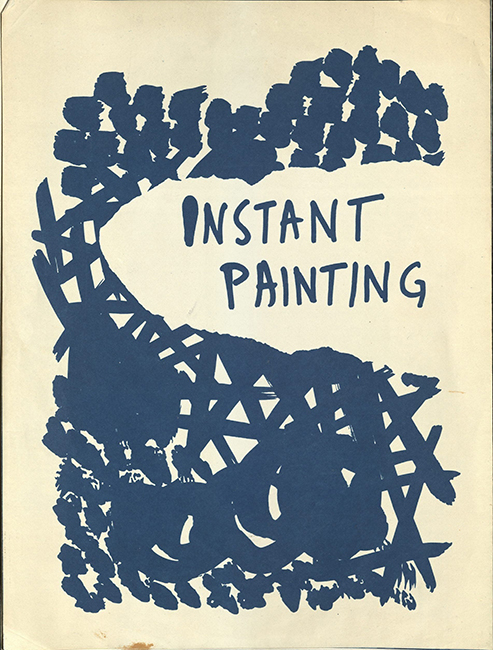 Many years ago, at my first library job in San Francisco, I came across images of Gordon Onslow Ford’s paintings in The Spiritual in Art: Abstract Painting 1890-1985, the catalogue for an exhibition curated by Maurice Tuchman at the Los Angeles County Museum of Art in 1986. A couple of years after this discovery I learned Onslow Ford lived in Marin County, on a large parcel of land near Point Reyes Station where he and several other like-minded artists and friends built their homes and studios; today, it’s the headquarters of the Lucid Art Foundation.

I dove into his (and his associates’) work and writings; it was no easy task finding the books, but at some point during my searches I found a very reasonably priced copy of Painting in the Instant (1964, Harry N. Abrams). This oddly handwritten tome contains the basis of Onslow Ford’s theories on art, nature, and their relationship to what he termed “inner worlds”; his investigations into the unconscious began in 1943 after he formally left the Surrealist movement, which he felt was too occupied with politics and not enough with the marvelous.

Fast forward to 2019. For some inexplicable reason I never thought to look for Onslow Ford’s publications in the SFMOMA Library’s Special Collections stacks. So imagine my surprise when David Senior came across the galley proofs for Painting in the Instant (at the time titled Instant Painting). Annotated in pencil by Onslow Ford himself, the document is both a unique object and a rough sketch of a maverick artist’s mind. Onslow Ford’s theories have yet to be fully engaged by the larger art community, but as we’ve seen with the recent surge of popularity in Hilma af Klint’s work, there is great interest in the esoteric aspects of abstract art. Although Onslow Ford gained prominence as a second-wave Surrealist artist, his works and thinking reflect early readings in metaphysics, including esoteric philosophy such as Ouspensky’s The Fourth Way and Jung’s idea of the collective unconscious. In the 1950s, Sri Aurobindo, Zen Buddhism, and Vedanta, became primary inspirations for him; this is evidenced in the later paintings and his theory of “Line, Circle, Dot” as well as the above-mentioned “inner worlds” explored in Painting in the Instant (Instant Painting). 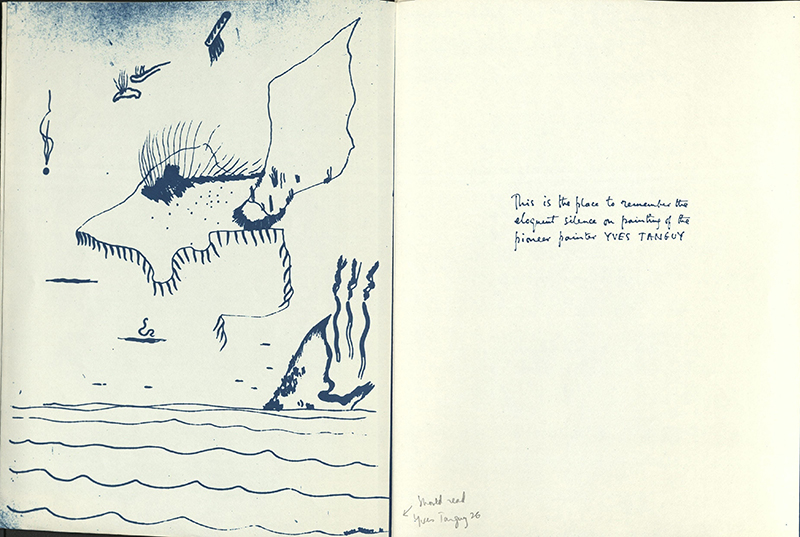 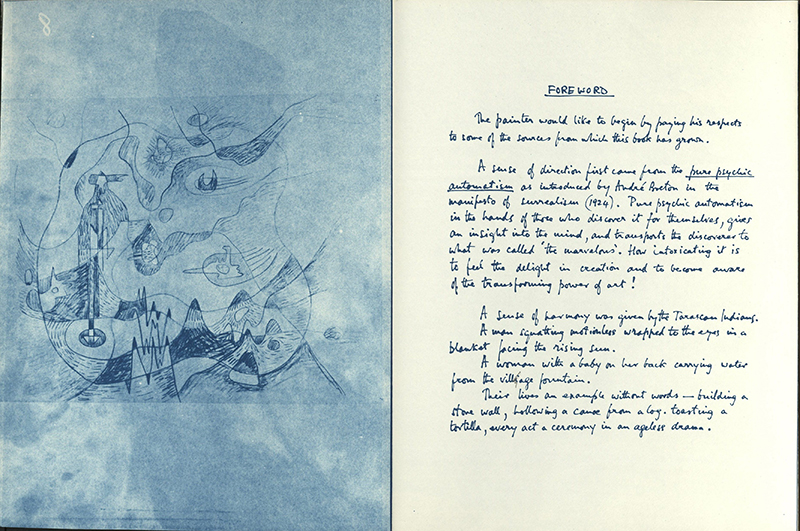 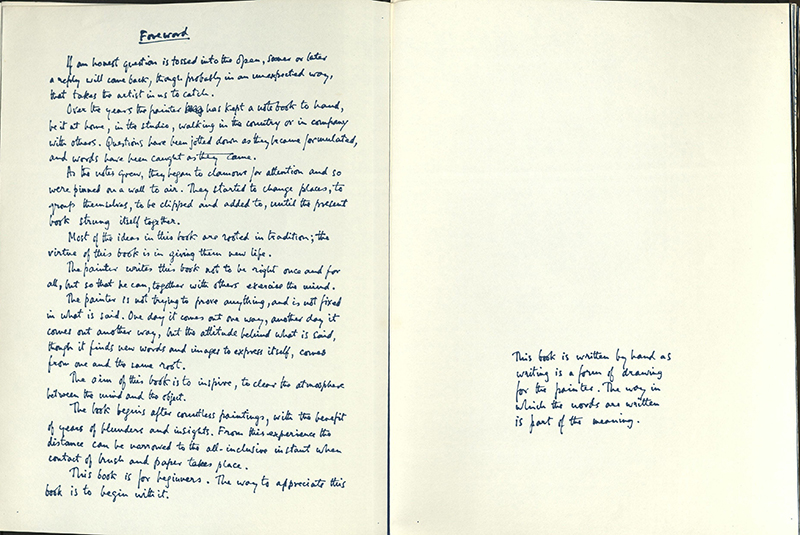 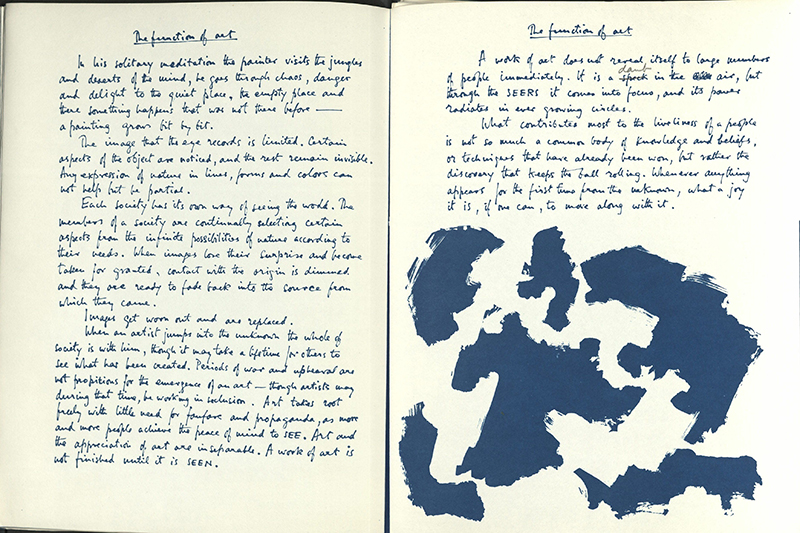 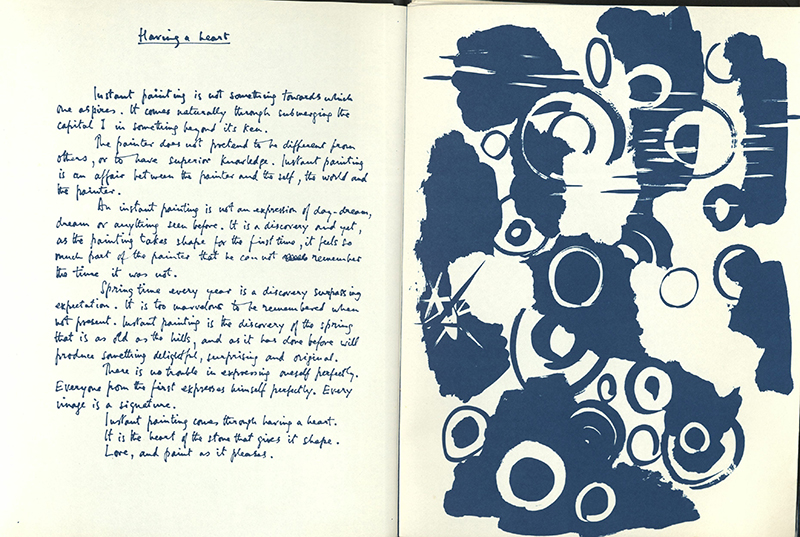 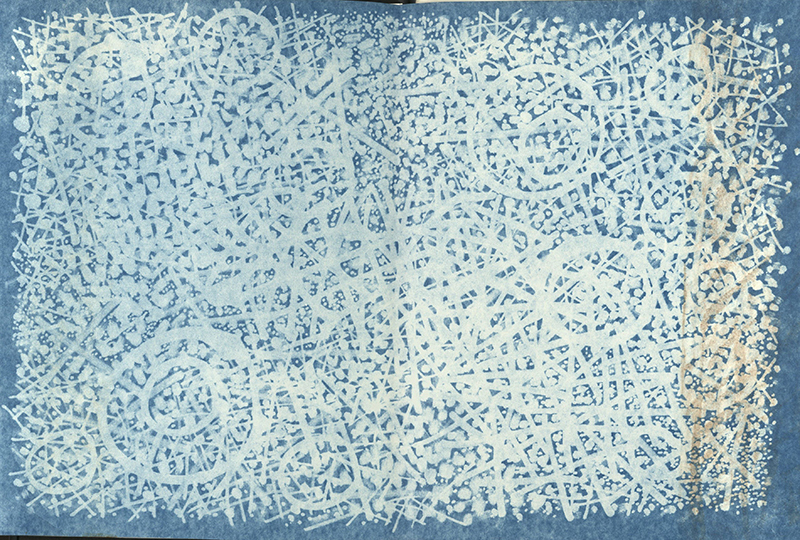 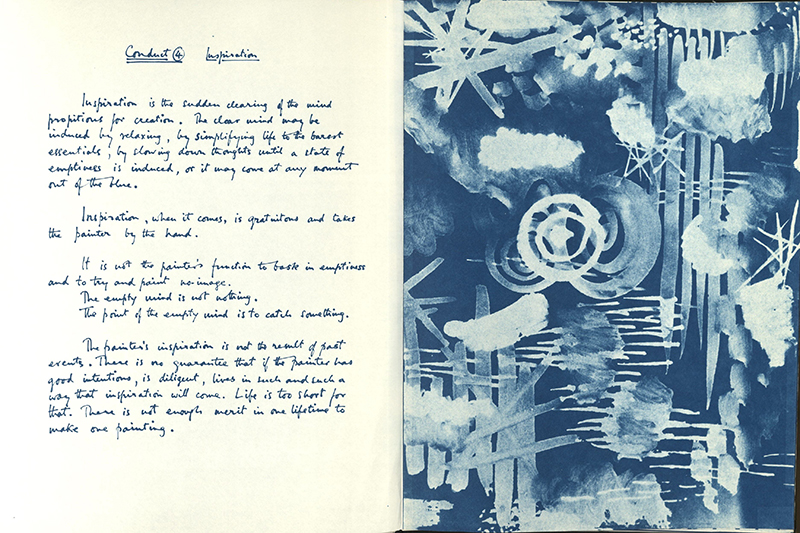 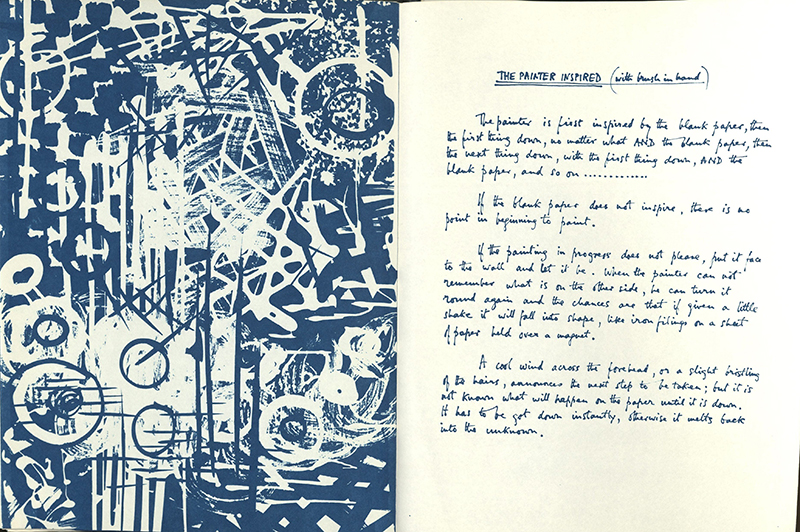 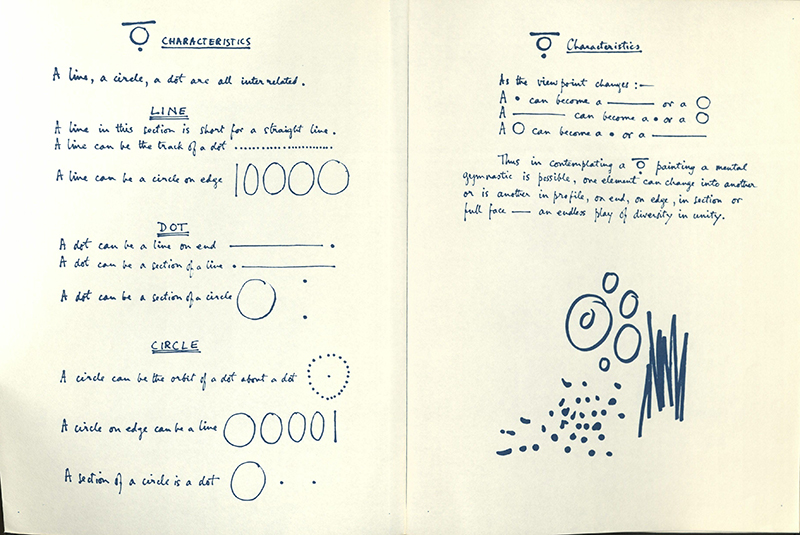 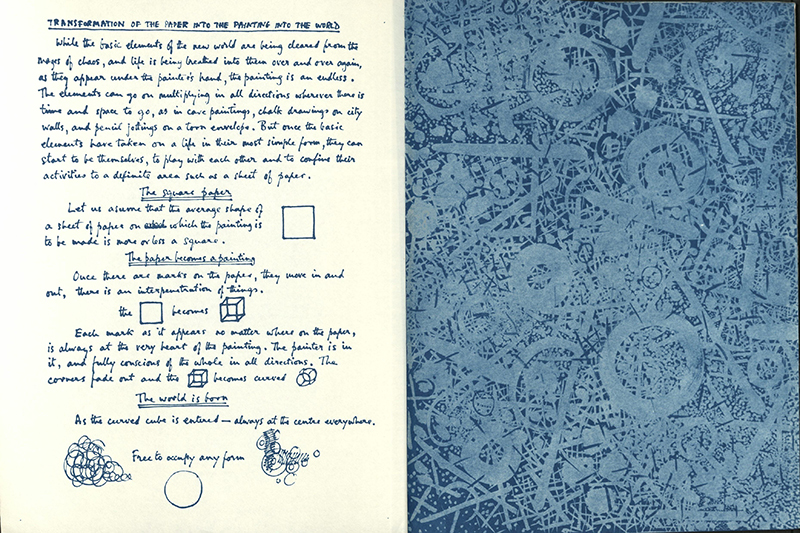 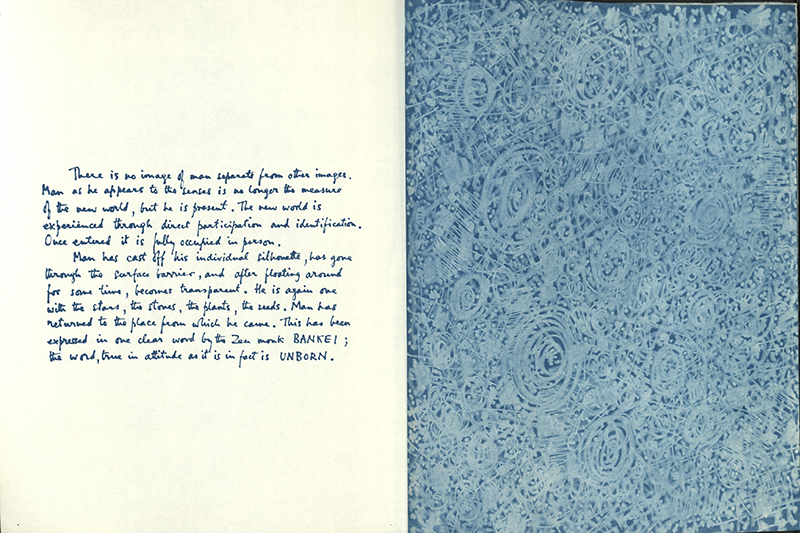 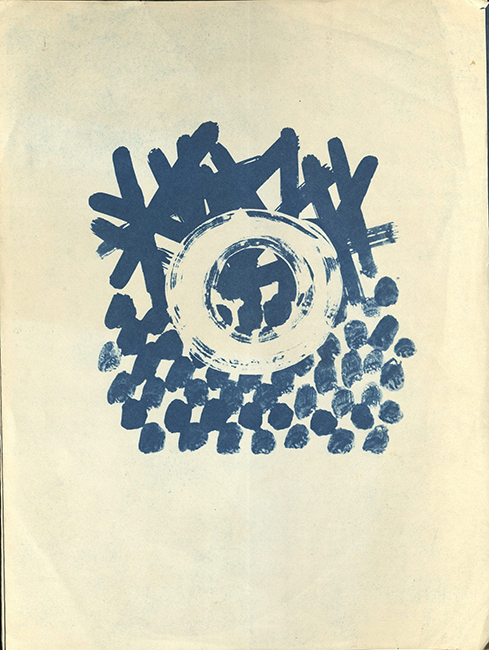