From the Sugar Cube to the 101 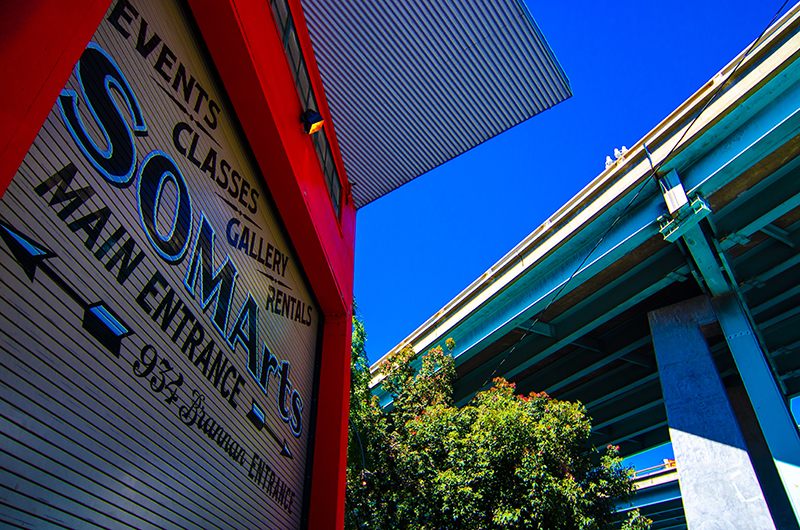 Working on the tenth floor of SFMOMA in its bright and shiny new configuration afforded me an exquisite view of the Bay Bridge from one side, Sutro Tower and a broad vista of San Francisco on the other — a bird’s eye POV. My desk was white, my cube was white, the walls were white. Buffered from the outside word, I was safely inside a box.

One of my initial assignments at the museum was coordinating with internal and external stakeholders to facilitate the delivery of Richard Serra’s Sequence. We literally cleared the streets for this mindboggling project, the impact of which was tied to its massive scale and weight; the delivery itself was a spectacle for passersby. I conversed at length with the drivers of the eighteen-wheelers delivering Sequence, who viscerally and intellectually comprehended the piece.

The irony of a Black woman clearing the path for an industrial-scale work by an established white male artist was not lost on me. I am proud to have been part of the team coordinating efforts for this impressive project, though I did ponder how the tremendous resources this effort took up might have served the local arts ecosystem. I imagined emerging and local mid-career artists filling the same prominent space in SFMOMA.

Two days after the ribbon cutting ceremony’s explosion of red confetti and balloons, I found myself distinctly outside the box — and underneath the 101 freeway — at SOMArts Cultural Center. Even though I’d arrived as Executive Director, it felt like a departure; one usually aspires to the ivory tower, but something called me to SOMArts. I enjoyed the glide from the tenth floor to street level, where I work directly with artists and curators — emerging to mid-career, self-taught to MFA degree-holders — in a space both raw and authentic. 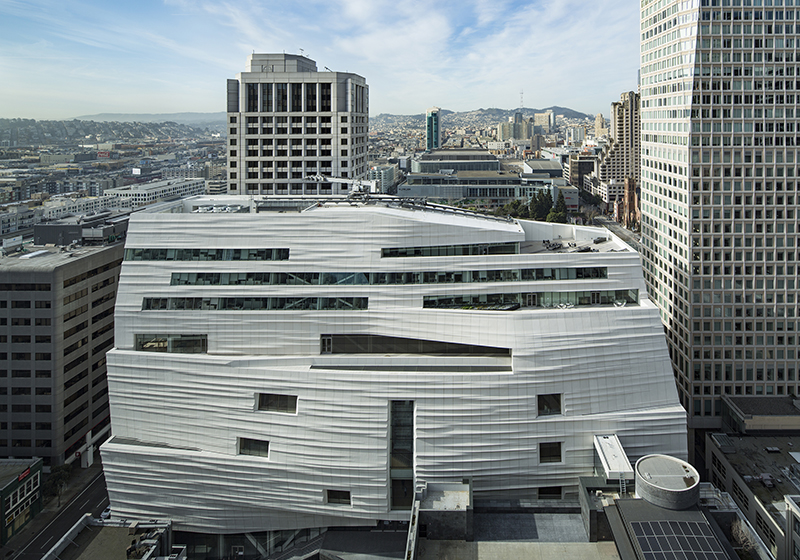 SOMArts is a metal-clad industrial warehouse with high ceilings and redwood beams and a very tall and spacious gallery. The building has been many things to many people: a sail loft, an auto repair shop, a factory making distillery vats, and, for the past forty years, an arts and culture hub.

I arrived in my new role at SOMArts just in time for the opening festivities of The Black Woman is God, curated by Melorra Green and Karen Seneferu. This exhibition — planned and curated before I came on board — featured more than sixty Black female artists. For many, TBWIG was their first major showing. Some of the artists were self-taught, others were art schooled. All deserved visibility and a market.

As the evening wore on, about one hundred Black women, many dressed in white, led a procession around the city block on which SOMArts sits. Traffic came to a halt for us too, just as it had for Sequence. People in the surrounding area flocked to SOMArts to find out what was happening. Attendance swelled. That’s twice that I’ve stopped traffic on the streets of SF in the company of art! I felt something was paving a way, not unlike the path we cleared for Serra’s work. I felt like a street-level agent of change. 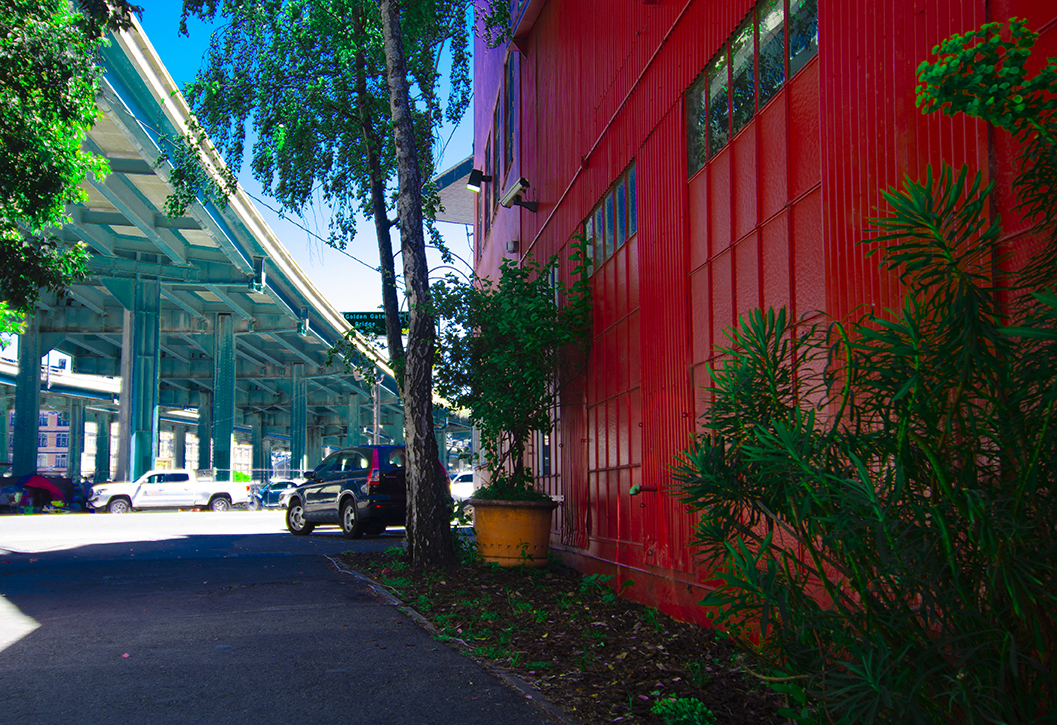 When we returned from the procession to SOMArts’ outdoor stage, I welcomed everyone and, suddenly, the participants and audience began chanting “Maria Jenson Ashé.” The chant went on for several minutes; I was overwhelmed. In the Yoruba tradition, the Ashé blessing is linked to the powers of change. The effect on me was humbling and profound. Clearly a greater force made its presence known.

Let’s be clear — I am not referring to a religious or mythical god. What I am referring to is a growing social structure of caring, emotional, talented, diverse, emerging, and mature artists — and their audiences — pushing hard for change here in the Bay Area. This social network, many members of which I consider friends, runs the gamut from the tony patrons of the arts to working artists and performers to students.

I’d like to be even more of a lightning rod for the local arts community. I have learned how to conduct energy from the lofty heights of capital to aspiring artists up and down the avenues of our region. I believe the Bay Area is the most radical but under-capitalized cultural market in the world. As I muse on my next traffic-stopping art venture, I receive my strength and inspiration from Angela Davis:

You have to act as if it were possible to radically transform the world. And you have to do it all the time.