Notes for Next Time 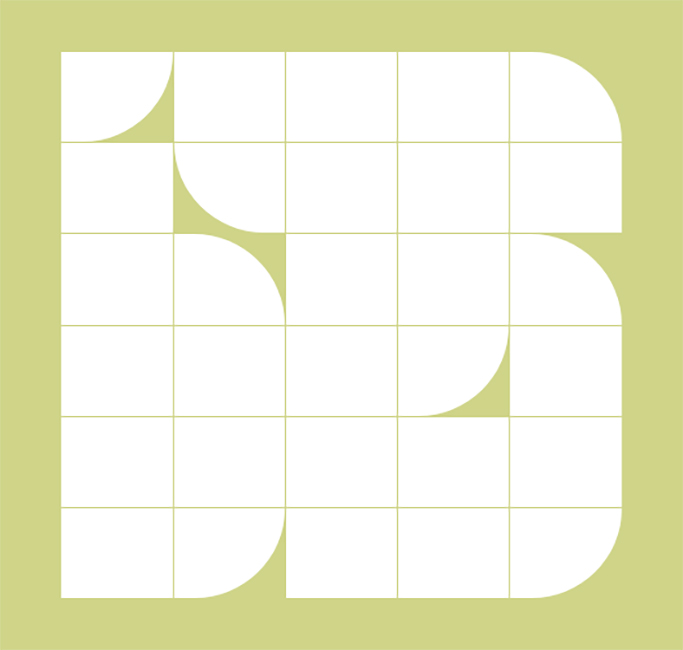 Our Rethink: Web workshop included a wealth of artists and creative thinkers, and yielded too many threads for this series to address all of them. In the interest of pointing in new directions — which was at the heart of the initiative — below are sketches of some other concepts and questions we discussed.

How can we present the scope and breadth of a large collection of art in a more efficient and approachable manner? Museums often break down collections along curatorial lines, but is that how people really consume media these days? Participants mocked up alternate methods for organizing large collections, such as by employing metaphorical or affective metrics like “fragility.”

The following question was posed by a group of participants: “Imagine the first time you searched Wikipedia — did you know how big it was?” Further thoughts emerged regarding search as a creative practice in itself, which harkened back to Brenda Laurel’s sentiments in Computers as Theatre, advocating for more playful or subjective interactions. 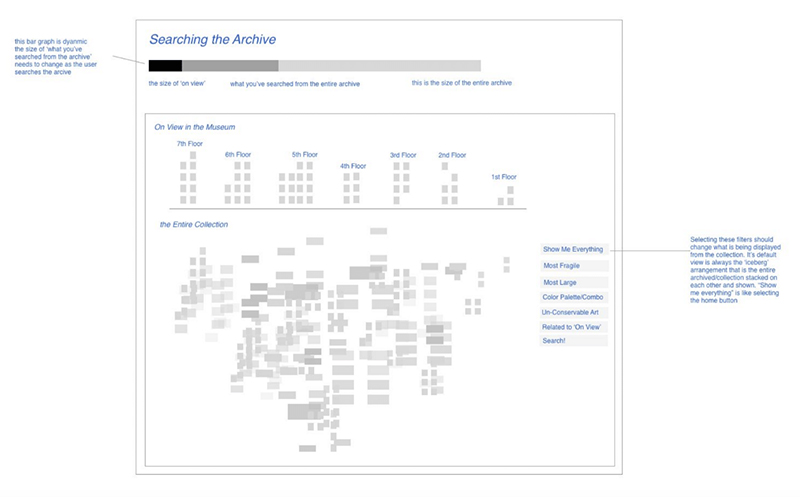 A speculative visualization by Sasha Arden of SFMOMA’s collection which organizes works based on alternate metrics such as “fragility” and “ease of conversation.”

Recently, Apple CEO Tim Cook called the uninhibited collection and dissemination of user data a “crisis” and advocated for strict regulation of such data, claiming that “Rogue actors and even governments have taken advantage of user trust to deepen divisions, incite violence, and even undermine our shared sense of what is true and what is false.”

The web is by design something we expect to be able to contribute to. However, as the implications of a user-data driven economy become more ominous, can we expect our contributions to be anything other than transactional? Is there a way for our participation to be protected from those who would seek to exploit it?

Most of the participants were old enough to remember the early web, and so comparisons between its messy, expressive beginnings in the ’90s and the realities of today were inevitable. While the web was once driven by collaboration and expression, it seems naive to believe we can simply return to that paradigm. How do we advocate for expression and collaboration without appearing nostalgic for something we know we will never have back?

The graphic identity for Rethink: Web was developed by Omar Mohammad. Omar served as SFMOMA’s Web + Digital intern over the summer, where he applied an interdisciplinary approach to his work in design and web development. Noting that the grid has played an “enormous role in the practice of graphic design since the Constructivist, De Stijl, and Bauhaus movements of the early twentieth century,” Omar created a generative work of art which he says was designed “to reflect not only the ideologies behind Rethink: Web but as a symbol regarding the speculative future of the relationship between the web and the grid.”

You can generate and download your own Rethink: Web graphic here and find the source code here.

While this series was being developed, several concepts for reimagining the web circulated in popular discourse. There was a central plot point involving a blockchain-based, decentralized web in the HBO series Silicon Valley, and Tim Berners Lee, the inventor of the web, made headlines when he revealed his intent to fundamentally change how people share personal information.

Opportunities to participate in how the web is shaped are taking place all the time. For example, the Mozilla Foundation has a very active community of users striving to build a “healthy internet,” the Internet Archive holds an annual Decentralized Web Summit, and workshops like A-B-Z-TXT provide a forum for exploratory design and interaction. Here at SFMOMA, advancing the ways in which our digital and physical presences are accessible is crucial to how the institution will grow and remain relevant; as one small step, we are planning on doing a comprehensive accessibility audit of our online properties next year, to see what we’re doing right, and what we need to do better.

When I first proposed this workshop, I did so with the vague goal of changing people’s expectations of the web as a medium; something we use on a daily basis, and which often shapes our lives, shouldn’t be taken for granted. What became more apparent during the development of this series was how much the discourse surrounding the web serves to cement the status quo and marginalize any criticality. This is reflected in part by the three open source prototypes we’ve made available through this series, which are intended to serve at once as challenges to the web’s rigidity while also demonstrating a kind of tenuousness or vulnerability. They are, after all works in progress.

When words like “disruption” or “cloud” enter our lexicon, it’s important to pay attention to who is proliferating this language. In a recent article for Wired, Nitasha Tiku reexamined the word “disruption” and how it was intentionally misused by Silicon Valley companies in order to both mask the nefarious nature of their endeavors and engender an exaggerated image of innovation: “It is only now, a decade after the financial crisis, that the American public seems to appreciate that what we thought was disruption worked more like extraction — of our data, our attention, our time, our creativity, our content, our DNA, our homes, our cities, our relationships.”

When the language we use to describe something changes, so do our expectations. It is with this in mind that I hope readers of this series begin to question how they participate in, consume, and talk about the web.