Not Polite to Point: A Blind Perspective on the Accessible Web 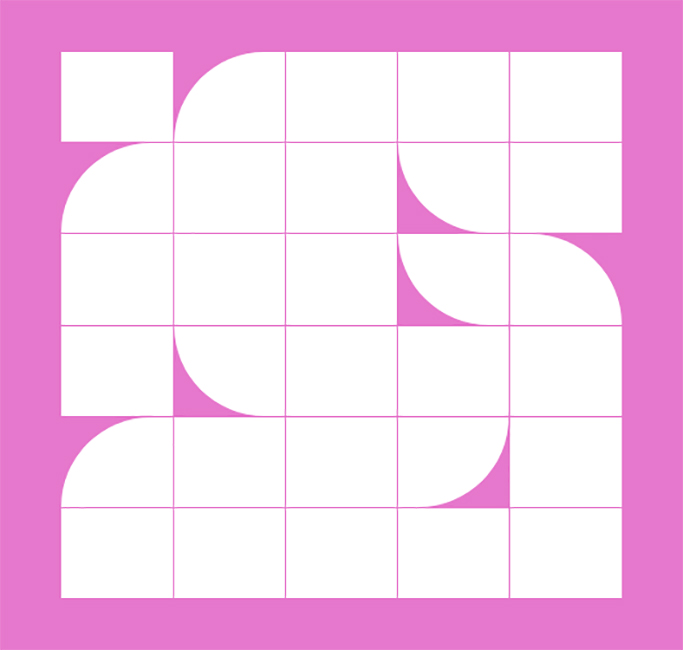 If you were to follow a blind person through their daily life, you might be surprised by what surprises you. The novelty of how we cook, or clean, or make love — I think all of that would wear off quickly. The really shocking thing is how often we are inadvertently led astray by our entirely well-meaning sighted compatriots.

Other humans often attempt to give us direction, being that they, as people with sight, have access to a whole class of information that we, navigating blind, do not. And yet many of the commands that people with eyesight consider to be solid and accurate are actually painfully unhelpful and inexact.

You may ask a barista where the half and half is. His inevitable reply: “It’s right there.”

You may ask your friend where to recycle your bottle. She says, matter-of-factly: “Here.”

I hope I don’t have to explain why these words are real-life “broken links” for blind people. Always erring toward the conservation of energy, humans tend to walk right up to what is accurate, concrete, and exact — and then stop, one step short, pointing coyly.

When our friends with sight indulge in these vague and impressionistic gestures as a way of telegraphing information, we as blind people are made to feel quite inferior — and the roadblock that is put up makes us look, frankly, incompetent — when the reality is that through more descriptive commands, we’d be able to go about our business unfettered. Instead, our sighted friends watch us flounder, sigh, and step in to help without realizing they’ve created the problem.

This is sort of what people do on the internet, too. Things work fine up until a certain point — like when you need to interpret a diagram or click “submit” on an important application form, and at that crucial moment, the website points toward nothing. Blank space. An empty HTML frame. Rather than what we’re looking for, our text-to-speech software announces:

And that’s all we get.

Indeed, the most common accessibility problems stem from developers who don’t label things at all: images without captions or alt tags; HTML that doesn’t match the semantics of the visual presentation; yet another unmarked button (maybe visually it reads “Submit,” maybe it reads “Delete and Exit.” Who knows! You’ll have to click to find out).

This might lead you to think the web is a broken-down wasteland for us, but on the contrary, it is like so many things — often the design problem is in the final approach, the last stretch of the journey that no one considered from a non-visual perspective. A blind person may wake up, dress, check email, call an Uber, sell a house, take a bus, find the café, order, pay at the register, and then — just when independence seems assured — someone must help them put cream in their coffee.

This tendency to stop short at the precipice and point is, as it turns out, being studied with some interest by linguists. Leonard Talmy, an early scholar in the field of Cognitive Science, and more specifically Cognitive Linguistics, is currently at work on a new linguistic concept called “targeting systems.” His book is forthcoming, but as I understand it, he claims that when we need to refer to something outside ourselves, we often communicate like this:

This is that thing — that thing that irks blind people so much. When someone says “over there,” “down here,” or “those ones,” they’re actually not telling you where the information is, they’re telling you to hunt, with your eyes, and report back once you think you’ve hit the mark.

This is a very human process which even the most clunky and out-of-date computer program would Roll On The Floor Laughing At. When the singularity happens and our government is appropriated by sentient robots, our linguistic targeting systems will be the first thing to be eliminated, along with astrological signs, fedoras, and other human conventions that don’t mean anything.

The mouse or pointer is probably the most glaring example of a very human-ish targeting system that we’ve imported to computers, to the detriment of overall accessibility. This rather rudimentary form of exploration wherein you journey across screen real estate, lingering, hovering, and testing “this?” “that?” or “the other thing?” in a constant process of trial and error — it’s almost antithetical to why we use computers in the first place.

It’s not just that the mouse pointer is fairly useless to blind people; these types of visual targeting systems are totally inefficient to computers, too. They hemorrhage valuable data about our behaviors, they further disorient our body from the interface, and require a special kind of learned hand-eye coordination that is just not possible for some users. I feel silly saying it, but maybe I should remind you that, try as we might, and despite all our advances in machine learning, data visualization, and even “computer vision” — call it as we might — computers can’t actually see.

Luckily, we humans invented words — it’s no coincidence that the most accessible parts of the web are not only the most popular (Google, Facebook, and Yahoo are just a few of the tech giants with express commitments to accessibility) but are very word-heavy. This is, after all, what the black magic of marketing professionals everywhere (“SEO”) is all about — loading up sites with detailed description. Letters and words are some of the best tools we have for targeting information (for the same reason it’s better to tell a blind person “under the chair” than just “down there”). Unlike humans, computers are rarely at a loss for words, can quickly search, filter, and pinpoint information with near-perfect accuracy, and don’t need to employ a humanoid targeting system to function.

A fully accessible web is a web where you always find exactly what you’re looking for. It’s a web in which the developing world can participate. It’s a goldmine for commerce. It’s also a web where, as a cynic might argue, no one is safe. Luckily, this web is a bit of a fantasy, because as long as our web is made by humans, it’ll never quite be perfect. Humans have a funny way of just stumbling toward the information we seek; a frustrating trait, but sort of endearing. It lends a certain air of romantic serendipity to everything we do that’s not computer-based.

Case in point: Recently I was sitting in a crowded cafe in Berkeley, trying to think up a new frame for writing about web accessibility — which is, ironically, a terribly inaccessible topic. I knew what I wanted to say but I didn’t know how to say it; what metaphor or personal anecdote could possibly encapsulate the complicated nuances of being blind on the web? I searched around in my brain, cast about my surroundings, and came up with nothing.

I finished my lunch, stood up, and walked out the door. Swinging my white cane methodically, I was met by a delicate clash — the unmistakable clink of another white cane. Out of curiosity as much as politeness, the blind man and I stopped to meet. We shook hands, talked a bit about what we do, and he even told me about a book he was working on. Turns out “that guy,” using the words of his own system, was Leonard Talmy.